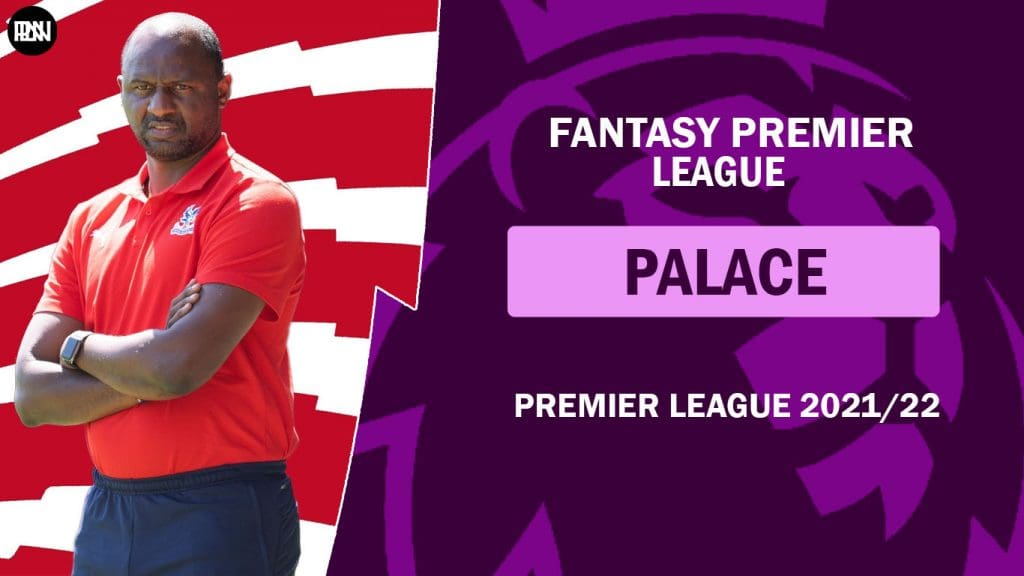 Crystal Palace finished the 2020-21 Premier League season in 14th place with 44 points. They had gotten off to a flying start, with Roy Hodgson’s side closing the first half of the season just five points behind Manchester United. At that point, the South Londoners were even on their way to a European spot. Despite slacking off in the second half, Palace did enough to secure their 9th consecutive Premier League appearance since their promotion in the 2013-14 season.

Despite having the highest average age of any Premier League team in the 2020-21 season, Palace’s starting eleven was a perfect match for Roy Hodgson’s approach to the game. The former England manager used a conservative approach to the game, telling his players to sit back and defend when they didn’t have the ball, trusting on swift counter-attacks to score goals. The older squad benefited from this style of play because their aging players didn’t have to run as much as they would in a pressing style and could exploit their experience to earn results.

However, this did not work out well for either Hodgson or Crystal Palace as their aims to finish in the top half of the Premier League table were turned to rubble due to their lackluster defense and ineffective attack which eventually led to the departure of Hodgson as the Eagles’ boss and also call it quits on his 45-year-old illustrious career as a manager in the beautiful game.

And hence, Arsenal legend Patrick Vieira has been appointed as the new manager of Crystal Palace. In what was his first interview as the new Palace manager, Vieira talked about how he would like his team’s approach to be more attacking. His tenure at Nice, on the other hand, describes the tale of a coach who put defending before the attack. Nice conceded 35 times in 2018/19, which is 17 fewer than the season prior under Lucien Favre.

There was also a significant difference in goal scoring, with Vieira’s Nice scoring 30 goals compared to 53 with Favre in charge. Nice’s goals-per-game average increased to 1.46 in the following shortened season, albeit this would still place them in the middle of the table in a conventional Premier League season. Palace had the second-worst xG total in the league, as well as the third-worst expected goals conceded percentage. Whether Vieira prioritizes defense or offence, both areas at Selhurst Park have a lot of space for development. Transfers are going to be crucial for the south London side.

Keeping that in mind, let us have a look at some of the crucial Crystal Palace players in terms of FPL for the upcoming 2021/22 Premier League season: 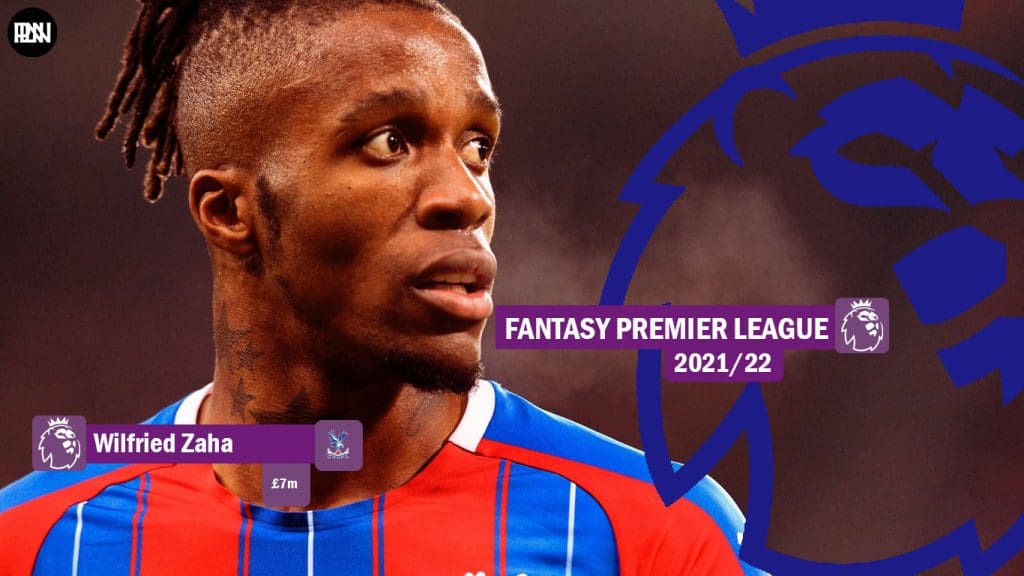 Wilfried Zaha was the best scoring Crystal Palace player last season, with 136 points. With 11 goals and four assists, the Ivorian’s price has remained unchanged at £7.0M. Last season, he was also responsible for 38 percent of Palace’s goals. Zaha has collected 120 points or more in each of the last five seasons. In terms of goal scoring, his finest season was 2018/19, when he netted 10 goals and added 11 assists.

Zaha’s ownership now stands at 6.6 percent, and if he stays at Selhurst Park, which appears extremely likely, he might provide excellent value. Also, last season, the Ivory Coast international had his finest Premier League scoring season. He ranks 22nd out of 204 midfielders in the ICT Index and also 34th out of 485 players in the overall ICT Index. 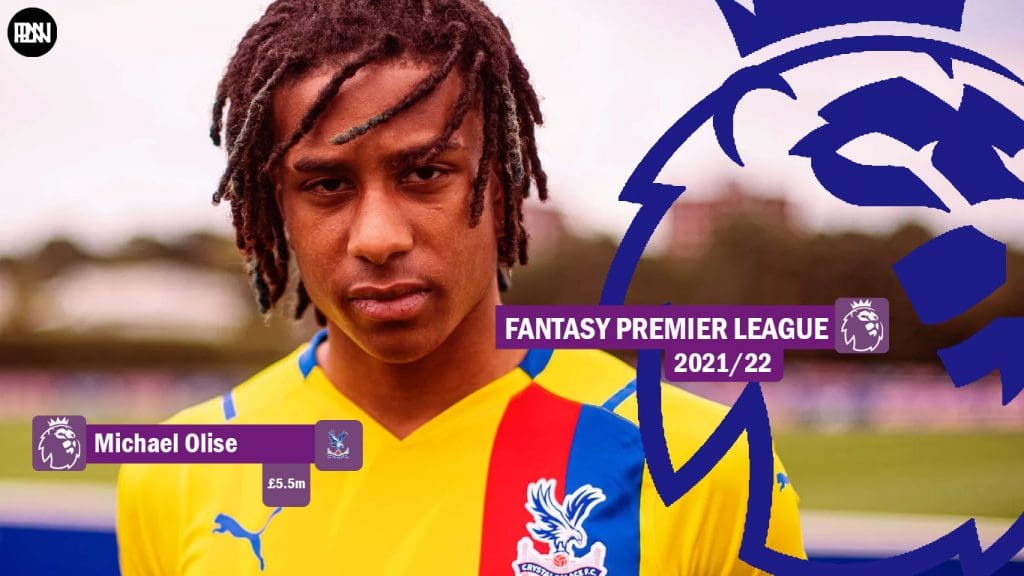 Michael Olise (£5.5M), a new Crystal Palace acquisition, is an exciting entry to the Fantasy Premier League dark horse pool. Olise, who arrived in the Premier League after a season in which he produced 19 attacking contributions, has been one of the most prominent signings of the summer transfer window thus far. His name was first brought to light last season when he scored seven goals and added 12 assists. He justifiably won three trophies as a result of his efforts: EFL Young Player of the Season, selection in the Championship Team of the Season, and the PFA Championship Team of the Year.

Only three Championship players produced more chances than Olise (84), though a significant proportion of them (40) came from set plays, so it’ll be fascinating to see if he keeps his dead-ball duties in south London.

Another factor to consider is that all but 20 of his 71 shots came from outside the opposition’s box, indicating that he isn’t a real penalty-box lurker. 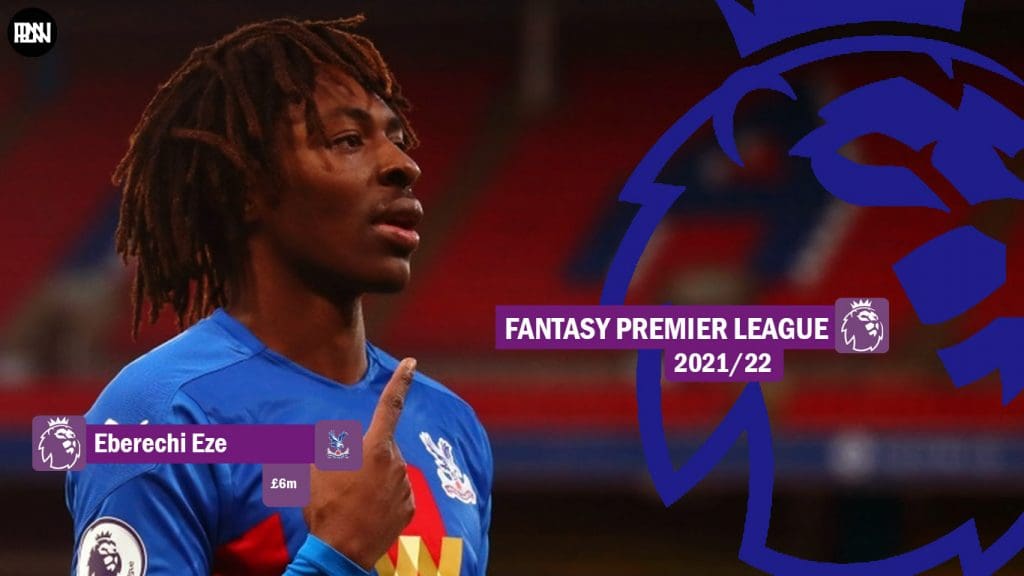 Eberechi Eze (£6.0M) was Palace’s best assist provider last season (8), but he will not be returning in action anytime in the near future after damaging his Achilles in May. Last season, Eze created more opportunities than any other Eagles player, but there’s a disclaimer: his minutes-per-key pass average (60) was lower than that of 50 other FPL midfielders.

Only relegated Norwich (26) had scored more goals in the league than Crystal Palace in the season prior to Eze’s arrival, hence Eze hugely improved Roy Hodgson’s attacking options (31). Because of his abilities, the Eagles have been able to rely less on winger Wilfried Zaha for goal contributions.

Eberechi Eze was a key player for this Crystal Palace side in the 2020/2021 Premier League season that scored 41 goals and raised their tally by ten goals. Eze ranks 35th out of 204 midfielders in the ICT Index and also 61st out of 485 players in the overall ICT Index. 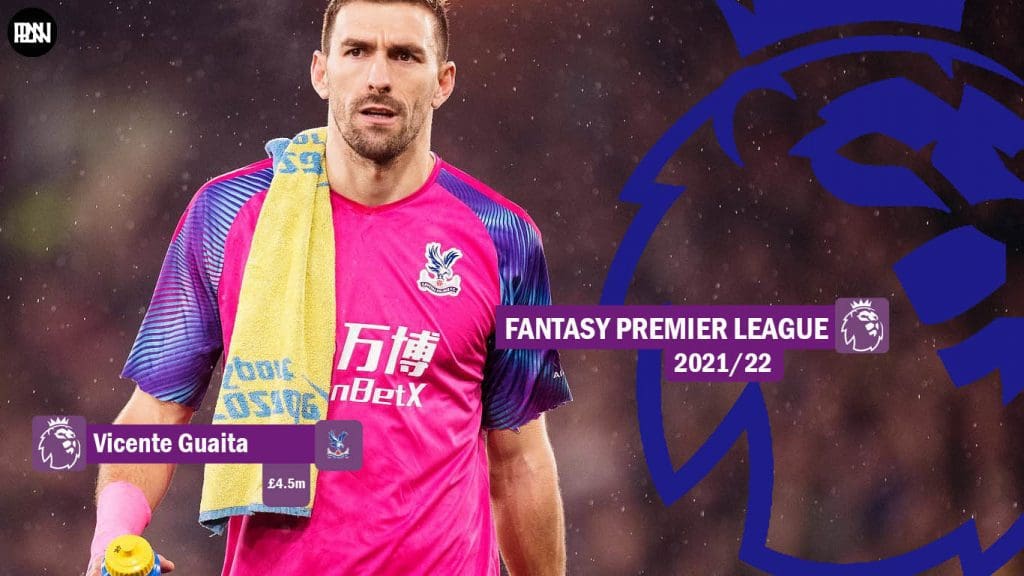 The Spaniard’s value dropped by £0.5 million, from £5.0M to £4.5M. With few inexpensive options in this position, Guaita could provide excellent value. In this area, his Spanish compatriot Robert Sánchez (£4.5M) is without a doubt the standout. Vincente Guaita, on the other hand, might be a significant differential once Palace’s schedule improves. In 2020/21, he played 3,330 minutes and only missed one game near the end of the season. Guaita was replaced in a 3-2 win over Aston Villa by Jack Butland (£4.5M), but he should start most games next season. Last season, Guaita was the 12th best scoring goalkeeper.

With 124 points, he was Palace’s third top scorer, after only Wilfried Zaha and Eberechi Eze. Guaita is a smart decision, especially with past bargains like Emiliano Martnez (£5.5M) being valued among the premium goalkeepers. The Spaniard ranks 5th out of 50 goalkeepers in the ICT Index and also 167th out of 485 players in the overall ICT Index. 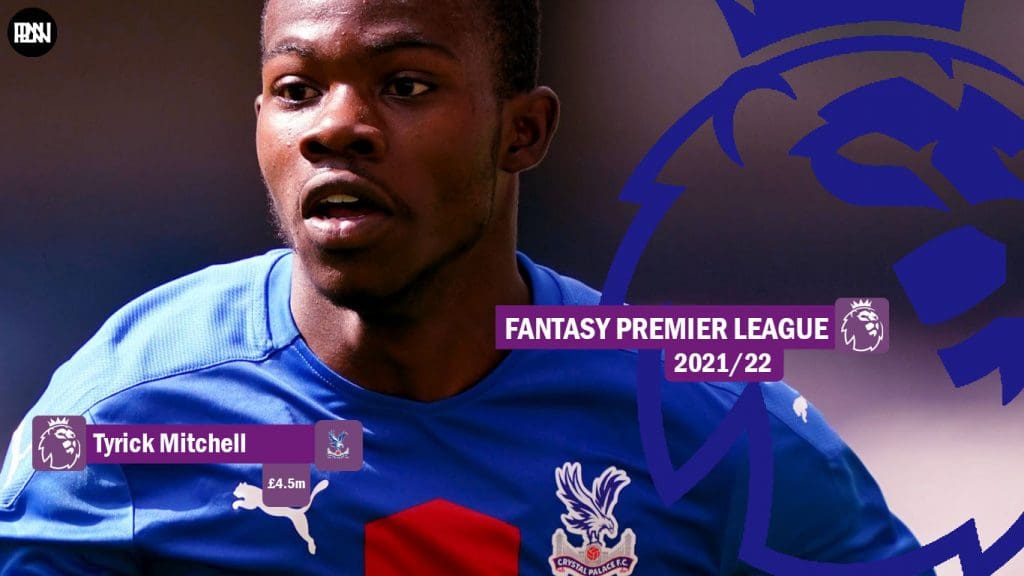 The Eagles’ fans were excited to see how far defender Tyrick Mitchell could go at the club when he first came on the scene last season. With Crystal Palace’s veteran left-back Patrick Van Aanholt putting up excellent and regular performances, there was some concern about his ability to breakthrough. Roy Hodgson certainly believed in the 21-year-old defender, as he gave him 19 Crystal Palace appearances. As a result of his outstanding performances, the player has signed a long-term contract that will keep him with the club until the summer of 2025.

His hard tackles and power on and off the ball make him a crucial part of the team’s future at Selhurst Park. Mitchell’s closing game of the season saw him go up against prolific Liverpool attacker Mohamed Salah, attempting to restrict the speedy winger at Anfield with his muscle and power. Mitchell’s and Crystal Palace’s futures both appear to be bright.

Mitchell is an excellent cheap option for your team and with the departure of last season’s starting left-back, Patrick Van Aanholt, FPL managers can expect Mitchell to start most of Palace’s games. The young defender ranks 76th out of 170 defenders in the ICT Index and also 236th out of 485 players in the overall ICT Index.

Crystal Palace faces Chelsea (A), Brentford (H), West Ham (A), Tottenham (H), and Liverpool (A) for their first five fixtures of the 2021/22 Premier League season.