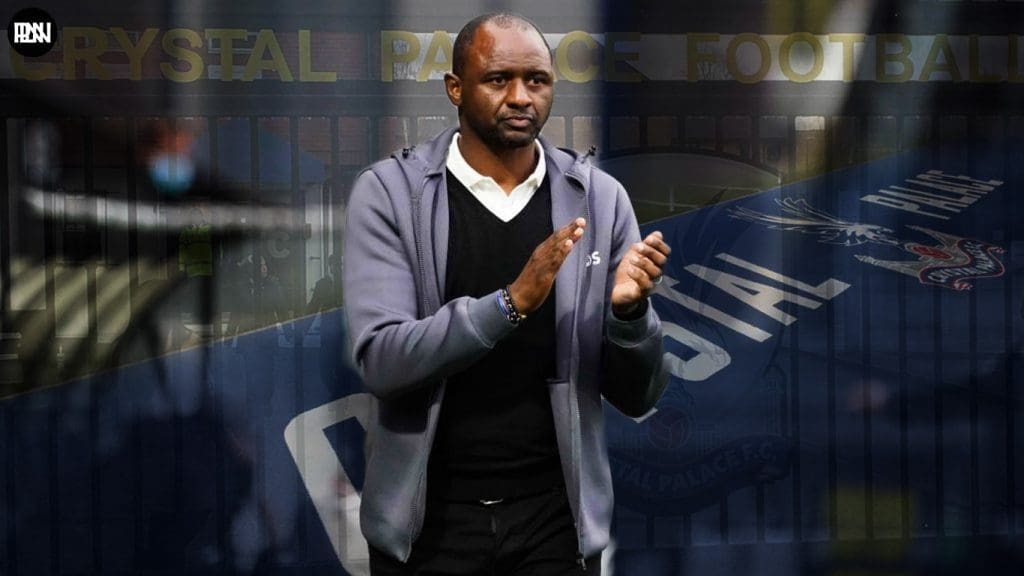 Arsenal Legend Patrick Vieira is all set to be unveiled as the Crystal Palace manager in a matter of hours after terms were agreed between both parties. This comes after Palace held talks with both Nuno Espirito Santo and Lucien Favre. The terms were agreed with Lucien but a last minute U-Turn from him prompted the Eagles to turn towards the former OGC Nice manager Patrick Vieira.

Patrick, an Arsenal Invincible has an ample amount of experience as a player in the Premier League but with the managerial position, he has very little. Patrick first started as the manager of Manchester City’s Academy and went on to become their U21 team’s manager. The MLS Side New York City F.C. appointed Patrick as their Manager in 2016 and he was quite successful at his job bringing the team into the top four in his first season itself.

After Two and a half years he quit the job and joined the French League team Nice as their manager. But he was sacked from the job last December after a bad run and also missing out on European football. But now the tide brings him to the doors of Crystal Palace.

What would Patrick Vieira Bring To Crystal Palace?

No doubt Crystal Palace did fairly well under Roy Hodgson but they rarely finished in the top half of the league despite playing some good football. We all know that the Eagles were stuck in a loop thus not moving forward but staying put in terms of success and league position. Patrick Vieira, known for his discipline and tremendous tactics, could bring a fresh breath of air to the squad. His massive experience base as a player would work in favour of the palace players who would individually get to learn a lot from the young manager.

Discipline is one of the most important aspects of any sport. Patrick Vieira is a no-nonsense manager who would bring a lot of discipline to the Crystal Palace squad.

“For the most part though he was pretty calm in the way he spoke to us and the way he tried to teach us what we were doing wrong, when we were playing pretty badly he would tell us though. There were definitely a couple of games where he blew up on us and tore into us. Those moments were needed though because we were playing pretty bad. It wasn’t unwarranted.” said former New York City F.C player Mikey Lopez who played under Patrick Vieira.

Patrick is known to favour the young blood and the fact that many of the current Crystal Palace players’ contract is on the verge of running out would automatically prompt the management to promote fresh blood in the first team. It is a need as well as a will for the management to bring up some youth players. Patrick could bring a host of youth players into the squad which would work wonders for an already aging Crystal Palace squad. But only time will tell how the journey that is to start very soon, works for both parties.