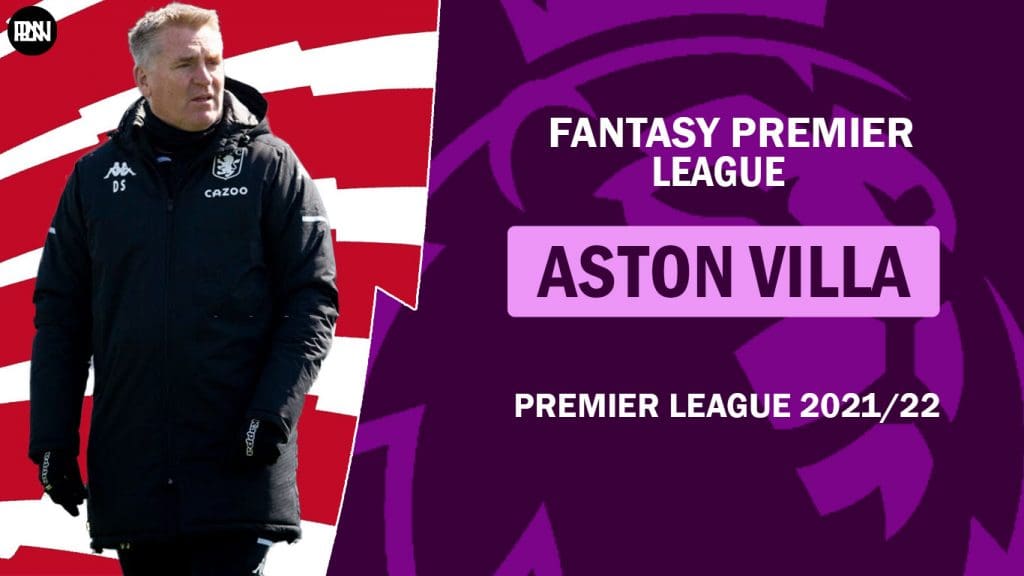 We switch our attention to attractive choices in the Aston Villa squad after scouting the pool of different Arsenal players to pick ahead of next season. With a diverse choice of players available at low costs, we’ve put up a lineup of standout performers that are sure to reward you with the points you require.

After a tough return to the Premier League where they narrowly survived relegation by just one point, Aston Villa finished the 2020/21 Premier League season on a high. They finished 11th in the Premier League table and at one time were looking like a team who could end up finishing in a European competition spot. They also had huge successes, such as a 7-2 victory over Liverpool and also victories over Chelsea and Tottenham in between the space of four days.

Overall, it was a season of great success for Dean Smith’s side and they definitely have the firepower to do it all again for the upcoming season. As a result, choosing a few players from the Birmingham side could help you boost your FPL results. Here are a few of the best Villa players to pick from:

Not only the best player alongside Ollie Watkins for Aston Villa but also one of the best in England, Jack Grealish is a player that will be catching the eye of most of the FPL managers. After missing 13 games due to a shin injury, the England midfielder only returned to action at the latter stages of last season.

Despite missing the majority of the season, Grealish was third in chances created (81) behind Mount (87) and Fernandes (95). His 27 minutes-per-chance created ratio was second only to De Bruyne. He was also an excellent scorer when it comes to FPL as he scored 135 points which is joint-top in the Aston Villa midfield. He also had 18 goal contributions with 6 goals and 12 assists. The 25-year-old is ranked 7th out of 196 midfielders and 11th out 463 in the overall ICT making him one of the top 10 players with the most influence, creativity and threat in terms of FPL.

Grealish has been targeted by various PL clubs and is a subject of interest for current holders, Manchester City. However, if he chooses to continue at Villa, he will be guaranteed not only starts but also 90 minutes in most games along with him being the main set piece taker. His price is on the higher scale of things but his reliability is undoubted.

Ollie Watkins would be the perfect choice for the first four Gameweeks of the season. Aston Villa faces two newly promoted sides Watford (A) and Brentford (H) along with Everton (H) and Newcastle (H) which are some extremely favourable fixtures. With Emiliano Buendia joining Villa this year and Jack Grealish returning to fitness, Watkins will be expecting to reach new heights in 2021/22 after his first Premier League season was marred by luck.

Despite the fact that the former Exeter City and Brentford man was denied on numerous times by the woodwork and great saves, he still represented good value. Last season, just three forwards scored more points in FPL than him, and only one delivered more points per million invested. Watkins’ underlying statistics were likewise favourable. In 2020/21, he was among the top three forwards in terms of total goal attempts and shots within the box.

The 25-year-old also ranks 2nd out 58 forwards in the ICT index and 6th out of 463 in the overall ICT rankings which is an excellent indication to not only get him into your FPL teams but also consider him as a runner for your team’s captain’s armband. The Villa striker scored 14 and assisted 9 in what was just his first-ever Premier League season. His price is excellent for a forward and due to the lack of availability of dependable forwards, Watkins is probably the best option.

Matt Targett was the highest scorer of FPL points in the Aston Villa for the 2020/21 season. The 25-year-old picked up 4 assists along with 16 clean sheets and also, 9 bonus points. The Englishman has been in the Premier League for quite some time now and has proved himself to be an experienced player who can perform at the highest level. All of Aston Villa’s starting defenders namely, Ezri Konsa, Tyrone Mings, and Matty Cash have all been placed in the same price range as Targett however he remains the standout player as he is ranked 12th out of 163 defenders on the ICT rankings.

Targett’s goal threat makes him the most appealing option for a Villa side that begins the season with four favourable matches before the schedule turns sour. He is an excellent starting option for your FPL teams as he costs just £5.0m and is the perfect mid-priced defender that you might be looking for.

Emiliano Buendia might compete with Jack Grealish for a spot in many Fantasy Premier League lineups as an Aston Villa midfielder. During the 2019/20 season, the ex-Norwich man created quicker chances (30 mins vs. 38 mins) than Grealish. If he can secure a place in Dean Smith’s preferred 4-2-3-1 system, the Argentina midfielder will undoubtedly provide plenty of creativity.

Buendia’s statistics from the English second tier are incredible. In 39 games, the Argentine scored 15 goals and added 16 assists, and he was named to the Championship team of the week 15 times. He’s unlikely to be afforded as much flexibility in the Premier League, but if he can produce half as much, that’s a steal. Buendia racked up 94 points while playing for a much weaker Norwich City side two seasons ago. He scored one goal and assisted seven while also picking up 12 bonus points. He is also an excellent set-piece taker so you should expect plenty of chances created by him alongside Jack Grealish to aid Villa’s proficient centre-forward, Ollie Watkins.

Douglas Luiz (£4.5m) made 32 league starts and contributed two assists in the 2020/21 season. Over the course of the season, he created 19 chances, including four big chances. He is an excellent option for the bench if you are looking for cheap players who are guaranteed starters and also perform well every three or four weeks. If you’re saving up for a marquee player, Douglas Luiz is the ideal option to save money and fill out your squad while also potentially scoring points for your team.

Chelsea are reportedly plotting a move for AC Milan midfielder Franck Kessié this summer – Kessie in numbers and what he can add to Chelsea?
Italy vs England: Match Preview | UEFA Euro 2020 Final
To Top