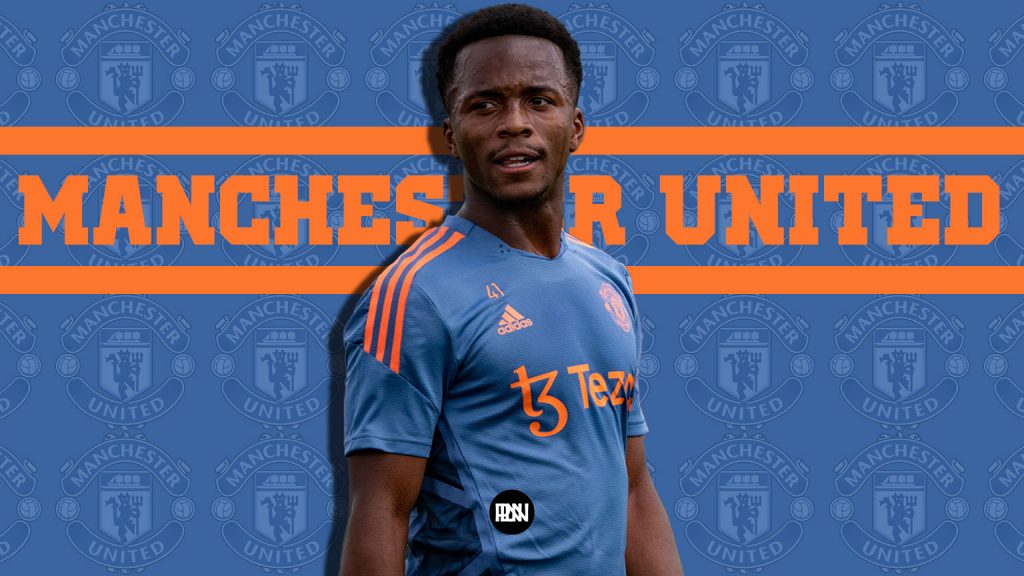 Manchester United have a history of nurturing some exceptional graduates into the footballing world, from the likes of David Beckham, George Best, and Danny Welbeck bagging Premierships to the ones like Paul Pogba and Marcus Rashford once competing to be the best, all prove the level that the academy has operated over the years. But such yield has been affected over past decade or so… not only with respect to the quality of their harvests but also the quantity as a number of recent prospects are unable to sway their way into the first team, resulting in them receiving a loan move or put up for sale – except soaring hype leading into their academy years.

But that could change soon, as an integration of a new coach and a new project takes place at Carrington that could lead the Reds from Manchester soaring back to the days where all the lads from the academy were appreciated and given their space to develop – as a lot of of academy youngsters will try impressing Erik ten Hag this pre-season and one of those promising talent that could break into the first team this year is 20-year-old Ethan Laird. A lot of fans are excited with one question in their head ‘Can this lad do it this season?’

Ethan Laird has been at Manchester United academy since the age of ten, and his development was progressive into phases (with him sometime taking his time to settle in and get his boots strapped) – ageing 17 he went on to take part in some of the reserve games. He proceeded signing his first professional contract with the club in October 2018, graduating to the reserve team.

Most of his campaigns were cut short with some unalike injuries he faced throughout. Within two months of signing his professional contract, and appearing just two times, he suffered a fresh injury in one of the UEFA Youth League game ending his season which was followed by another injury in 2019-20 ruling him out for a further two months mid-season. He does have a history of such injuries, facing another one at the loan spell with The Cherries last season that put the brakes on his development as well as his chances to show off his capabilities.

Owing to an injury, Laird also missed an opportunity to travel with the squad in pre-season for Manchester United under Ole Gunnar Solskjaer in 2019. He was part of Ole’s young Europa League League squad, following his return, where he made his senior debut in a 2-1 defeat in Kazakhstan against Astana that was followed by an appearance in another game against AZ Alkmaar.

The English right-back has hopped three different loan spells over the past year and a half, namely – MK dons, Swansea City and AFC Bournemouth. Ethan Laird flourished and thrived in the first two moves under Russel Martin but United’s decision to send him to Bournemouth mid-season was rather unavailing. Let’s have a look at the loan spells;

The League One side with a powerful attacking system, Milton Keynes Dons F.C under the management of Russel Martin decided to sign Laird in January 2021. He made his debut in a 3-0 loss away at Peterborough United, continuing to make 24 appearances for the side with a number of impressive performances and undoubtedly upgraded his standards by attracting attention of some championship sides for the later season.

Russel Martin, appointed as the new manager of Swansea City, demanded Ethan Laird again to continue playing that essential role as a right wing-back in his system that showcased pretty well for MK Dons, featuring higher up the pitch with an intention to carry the ball forward in the final third in a back five formation.

This move has worked as a double-edged sword for both Laird and the Swans, staying wide forward where he is at arms with the opposition left-back where his outstanding dribbling abilities came into play. He loves taking on players in 1v1’s and driving past them, cutting inside the box and crossing from the byline (opposite to what Aaron Wan Bissaka provides). This was observed on multiple occasions during his time in MK Dons and it made sense for Martin to look for his service again.

Laird, having an impressive dribbling rate of two dribbles per 90 was the joint most in the Championship last season. A tackle rate of 1.6 tackles per 90 with 84 percent success rate and only dribbled past 0.2 times per 90 was admirable.

The performance Laird produced for Swansea convinced United that after mastering some qualities there, it was time to put other crucial ones into the bag. Taking a progressive approach, United loaned him to then Championship fighting and now a newly promoted PL side Bournemouth in January for the remaining six months of last Season.

The right back’s South Coast journey was dreadful one with injuries, yet again, coming into play but did earn that promotion tag on his resume. Making just six appearances throughout that period, Laird found a number of difficulties to settle under his new employers. Manchester United loaned him, assuming Laird fighting for a place in that promotion challenging Bournemouth side would get him a good experience, with Adam Smith and Jack Stacey in competition fighting for the same place.

Shortly after signing his contract, Laird suffered a hamstring injury that stole away his adaption period in Scott Parker’s system and his return to the squad at the beginning of February where the training sessions were intense pushed him as a third-choice right back behind, both, Stacey and Smith.

Playing at right-back after a yearly routine of performing higher up the pitch at right wing-back, combining those injuries he faced and also the difficulties in coping with those intense training sessions, the impact of Laird’s performance depleted compared to the levels he set at Swansea. Scott Parker eventually tried using him in the similar position he played at Swansea (higher as a wing-back), in rotation where his strengths could help the team win crucial games.

Manchester United had a dreadful season last year, starting with Solskjaer’s sacking and ending with Ragnick’s disastrous campaign. The newly appointed Manchester boss, Erik ten Hag is known for getting the most out of young talents, and the biggest example is that 2018-19 young Ajax squad dominating Europe.

Laird is the perfect right-back for Erik Ten Hag’s offensive playing style, with the quality of either of Jadon Sancho or Anthony (potential target) as the right-wingers, Laird will be lethal in making those over lapping runs and crossing in from zone nos 15 & 18.

However, Ethan Laird has to make plenty of improvements in his games with his passing choices, lack of concentration leading to some poor decision making, and some amount of mis-controls. He is very one-dimensional in making decisions and when given a choice, he always chooses to burst past the opposition defenders and has a very good success rate in doing that. Here, he will have to improve by varying his distribution by using his left foot more often, also serving more crosses from the deeper position forcing the opposition player against him to close him down earlier and this will open up space and give him time to take on those players.

Ten Hag’s appointment gives Laird a chance to impress him with his attributes during the early pre-season training and with Diego Dalot arriving a week late owing to his international services, this gives Laird an extra edge. Ethan Laird has a good chance of swooping into the first team with his competition for the right-back position – Wan-Bissaka and Diego Dalot, both having miserable seasons last year with a combination of zero assists in the whole campaign. Laird’s attacking qualities will definitely become a talking point when put in the same frame as Wan-Bissaka.

Any impressive performance from Laird in pre-season will direct United against spending on this position (RB) and use those bucks for other parts of the squad.

The signing of Tyrell Malacia on the left side shows that Ten Hag has prioritized strengthening the other side of the backline and with Jurrien Timber deciding against leaving Ajax, it’s clear that United are in no mood of signing any new right back. The rumours of Wan Bissaka going out on loan shows that Ten Hag has his eyes on Laird and there is a good chance of him getting promoted to the first team.

The potential addition of Frenkie de Jong will make ten Hag’s system want more lethal fullbacks and Laird would be the best choice amongst the three available.

With United having Europa League will be a plus point for Laird to improve and adapt to the toughness if he is unable to overtake his fellow competitors.

Entering the final year of the contract, Ethan will have the pressure to make that impact either in this squad or on loan and prove to EtH that he is the one taking over that right-back spot for the future years. If this was last year, he surely wasn’t ready to make the mark but with United starting fresh and the first team right-backs floundering, Laird seems prepared to put the manager in a difficult conundrum to leave him out of the squad. 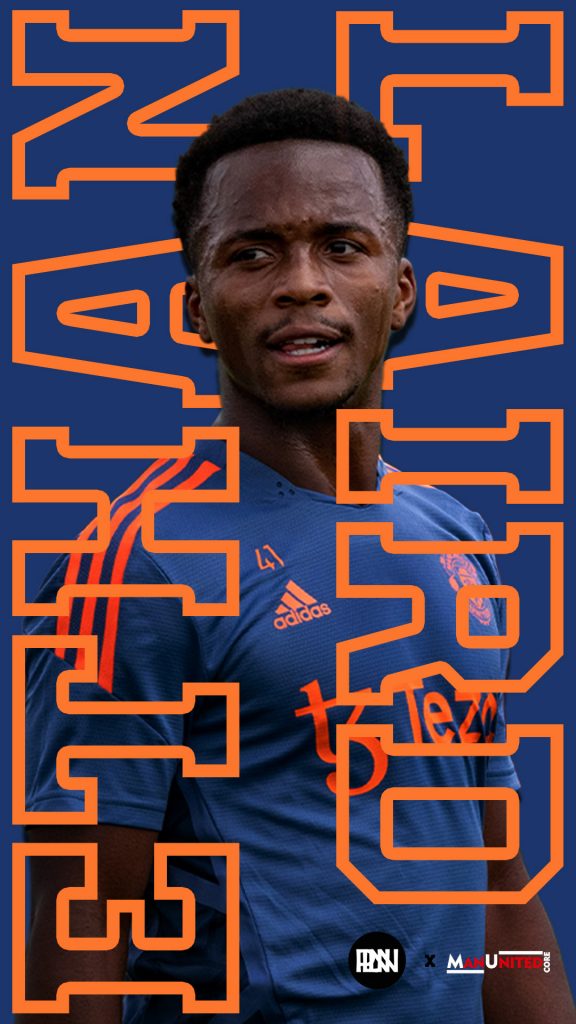 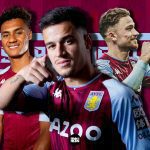 FPL 2022/23 Price Reveals: Whom Should You Target Amongst Aston Villa’s Assets?
Next Article 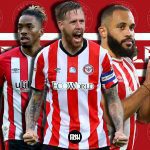 FPL 2022/23 Price Reveals: Whom Should You Target Amongst Brentford’s Assets?
Leave a comment