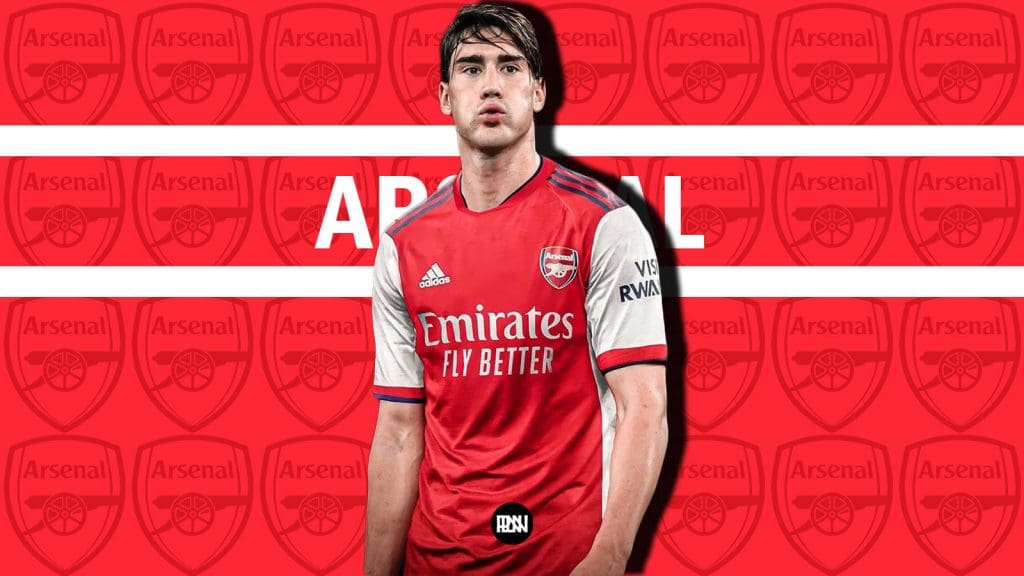 Arsenal are prepared to blow some serious cash in January in a bid to fix their ageing strike options. The result of this? A rumour linking young superstar Dušan Vlahović to the club for an eye-watering amount of money, for around £70,000,000. So, why would Arsenal be willing to spend that much cash? Is Vlahović even that good? Let’s find out.

Dušan Vlahović joined the Italian club Fiorentina in 2018 and in the last three years, the striker has slowly but surely developed into one of the best talents in Serie A, whilst also being one of the best performers. He has scored 43 goals in 96 league games, a brilliant figure.

However, it’s even better considering that you have to factor in the 40 games in which he was settling into the league, where he only scored 6 goals. So, in the last 2 seasons, he has scored 37 goals in 56 games. That’s around 0.65 goals per game. Arsenal haven’t had that kind of goalscoring record since Aubameyang’s hayday. So, could he fully replace the Gabonese international, in terms of goals?

While it’s almost impossible to gauge whether one player can completely replace another (especially in a situation as complicated as Aubameyang’s), Vlahovic is certainly showing all the right signs of being an ideal successor to Aubameyang at Arsenal. Both players are serial goalscorers when playing at their best, and both players can play well with pacey wingers.

However, whether Vlahović will be able to emulate what he’s done in Serie A is a completely different matter. I think I’ll probably write about why the cultural shift between leagues exists, but for now, we have to wonder whether he can continue his success. But, he has the main qualities needed to succeed in the Prem, such as the good reading of the game, being able to keep up with play and most importantly, star quality. So, will he fit in with his striking teammates, specifically Eddie Nkeitah and Alexander Lacazette?

HOW WILL HE FIT IN?

Well, Arsenal plays a 4-2-3-1, so it would be typical of Vlahović to be playing as the focal point in a fast-paced, dangerous system. However, we could potentially start seeing a 4-1-3-2 being operated against weaker teams, as Arteta tested a weaker 4-1-4-1 vs Sunderland, which resulted in a 5-1 win. However, even if he solely focuses on the original formation, he could be having to play with Nkeitah as a potential switch or on the wing rotation, with Eddie taking the ropes toward the end of a game, to ensure an extra goal or even a potential few extra points. Many people are thinking that Nkeitah could be converted into the ‘Raheem Sterling of Arsenal’, and it makes sense, due to their similarities in regards to positional awareness.

However, Lacazette could function as a safer option, being utilized as a safe yet lethal option to start games off on the front foot. He combines with the youngsters well, and so whilst that happens, either Lacazette or Vlahović would have to play as a non-striker. We could even see a 4-2-3-1 with Lacazette at the 10, Saka or the right, Vlahović on the left and Nketiah or Martinelli up top. It could start to be a dangerous time for Arsenal’s opponents, with Vlahović, Martinelli, Saka, Smith-Rowe, Nketiah and Ødegaard all being youthful options for Arsenal to unload at their bidding. It would be a brilliant arsenal for Arsenal to have, especially as I think Nketiah will sign a new contract, so if Vlahović also signs, it could really be the start of serious competition at Arsenal.