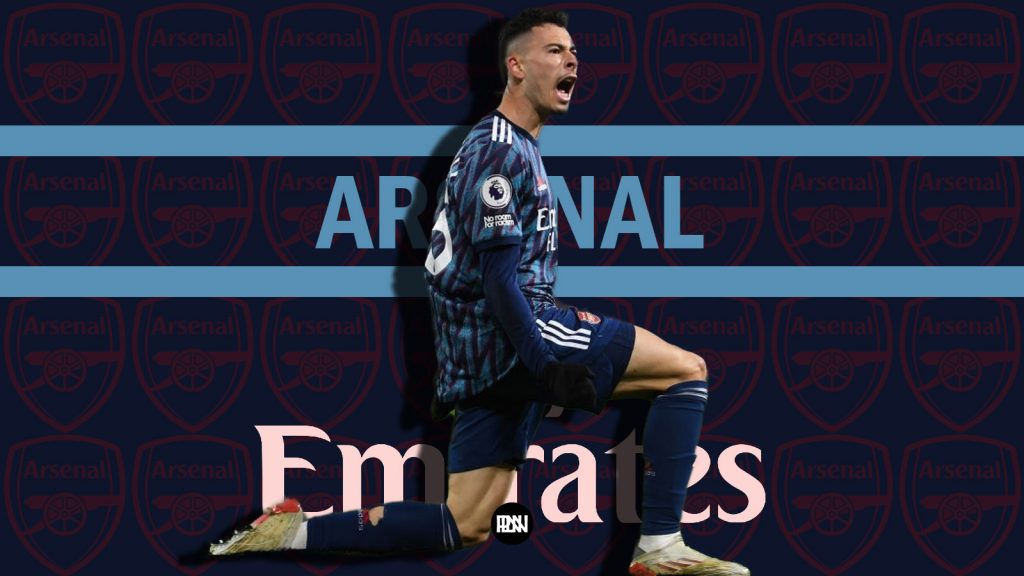 Moving from regional football in Brazil to the Premier is a daunting task that was made to look simple by Gabriel Martinelli. The Brazilian wonderkid who was targeted by a number of European clubs came to Arsenal at the age of 18, signing a long-term contract with the North London outfit for a reported fee of 6 million euros. Let us try and look at how Martinelli, who burst onto the scene in his debut season has managed to work his way back into Mikel Arteta’s plans.

Gabriel Martinelli made his debut as a substitute in a 1-0 over Newcastle United on the opening day of the 2019-20 season. He scored a brace on his first competitive start for the club in the EFL Cup against Nottingham Forest and that’s where his natural ability in front of goal first came to light. It was evident that Arsenal had found themselves a workhorse who’d never stop running, a poacher in front of goal and an extremely skillful baller who wasn’t afraid of taking on defenders as well as putting in a tackle.

Martinelli couldn’t have asked for a better start to life at Arsenal. He became the first teenager to score in his first 4 starts for the club since Ian Wright and he also became the first teenager to reach double figures in a season for the Gunners since Nicolas Anelka. And who can forget the wonder goal which he scored against Chelsea at Stamford Bridge after sprinting across the entire length of the pitch and plotting home past Kepa in the Chelsea Goal. It seemed that Arsenal had found a gem who was ready to take centre stage and become a key player for the Gunners BUT injury forced him onto the sidelines for a long time.

A TURBULENT PERIOD FOR THE BRAZILIAN

Just after Martinelli had signed a new 4 year deal with the Gunners in June, he endured a severe knee injury that kept him on the sidelines till mid-December, when he made his comeback as a substitute in an away defeat to Everton. But the boy who returned from injury was a shadow of the player that Arsenal fans fell in love with within his debut season. The rustiness in his play was fairly evident and he seemed to be low on confidence. Subsequently, players like Bukayo Saka, Emile-Smith Rowe, Aubameyang, and Odegaard (arrived on loan from Real Madrid) cemented starting positions for themselves that relegated Martinelli to the bench.

Martinelli’s role at Arsenal became limited to starting odd games and mostly restricted to cameos off the bench. Although there were some brilliant moments like a goal against Chelsea in a home victory and a Man of the match performance against Newcastle away, it was clear that Martinelli was far down the pecking order at Arsenal. However, in spite of less playing time, the club rejected offers for him in the summer.  Arteta reiterated the fact that Martinelli was a big part of his plans and he needed to be “protected” by the club.  Arteta had recognized the potential of the Brazilian and felt that he needed to develop within the squad in order to feature more regularly, which seems to be happening now.

WHAT MAKES HIM SPECIAL

Gabriel Martinelli is a fast, tenacious, and technical footballer whose natural ability on the ball is unparalleled. More often than not, he is played on the left-wing where his tenacity and aggression can be used to good affect. He never refrains from putting in a tackle or taking on defenders while attacking in the final third. He chases after long balls with determination and even manages to make a lost cause seem probable. While Arsenal are attacking down the wings and exploiting the width by stretching the pitch, he anticipates an opportunity to score and easily finds a goalscoring position for himself in the final third by drifting into the 18-yard box.

While out on the wing, Martinelli’s ability to cross the ball has been called into question at certain points of time but being a player with such immense natural talent, he’ll probably get better at it with time. However, the way he presses the ball is something that needs a special mention. Not only does he press the ball carrier but under Arteta, he has also developed the knack of cutting the passing lanes and leaving the defender with fewer options. He’s able to force a backward pass or a long ball by the defender with relative ease.

After he returned from injury in December 2020 and even prior to that, fans and pundits often accused Martinelli of lacking creativity and general awareness in the final third. Gabriel’s decision-making was called into question at numerous points. His ability to decide whether to square the ball for his teammate or to shoot at the goal himself is something that seems to have drastically improved, especially during this season. His ability to make runs in behind defenses and playing beautiful through passes in the final third has also certainly increased.

A certain section of the Arsenal Fanbase have been pleading for Martinelli to play in a more central role because they feel that his goalscoring instincts when playing in a more central role up top can help the player be more effective. When he initially arrived at Arsenal there were players like Aubameyang who were scoring goals for fun up top, so the only place where he could fit into the team was on the wing. Arsenal have had a history of having forwards such as Thierry Henry, Ian Wright who were masters of drifting to the left and making runs in behind the defense to score goals. This is a trait that Martinelli also possesses and was on fine display when he opened the scoring against West Ham in the previous game.

Now with Aubameyang seemingly out of the picture and Lacazette having an uncertain future, it seems that Arsenal will not have a problem replacing their Centre Forwards. Whether he plays on the left-wing or as a Central Striker, It’s clearly evident that Arsenal have an exceptional talent within their squad at the age of 20 who’s ready to take the next big step in his career. Arteta seems to have justified his call for “patience” with Martinelli seemingly developing by the day. Him alongside Saka, Smith-Rowe and Odegaard can form a partnership that’ll contribute to Arsenal’s quest of bringing the glory days back to the Football club. 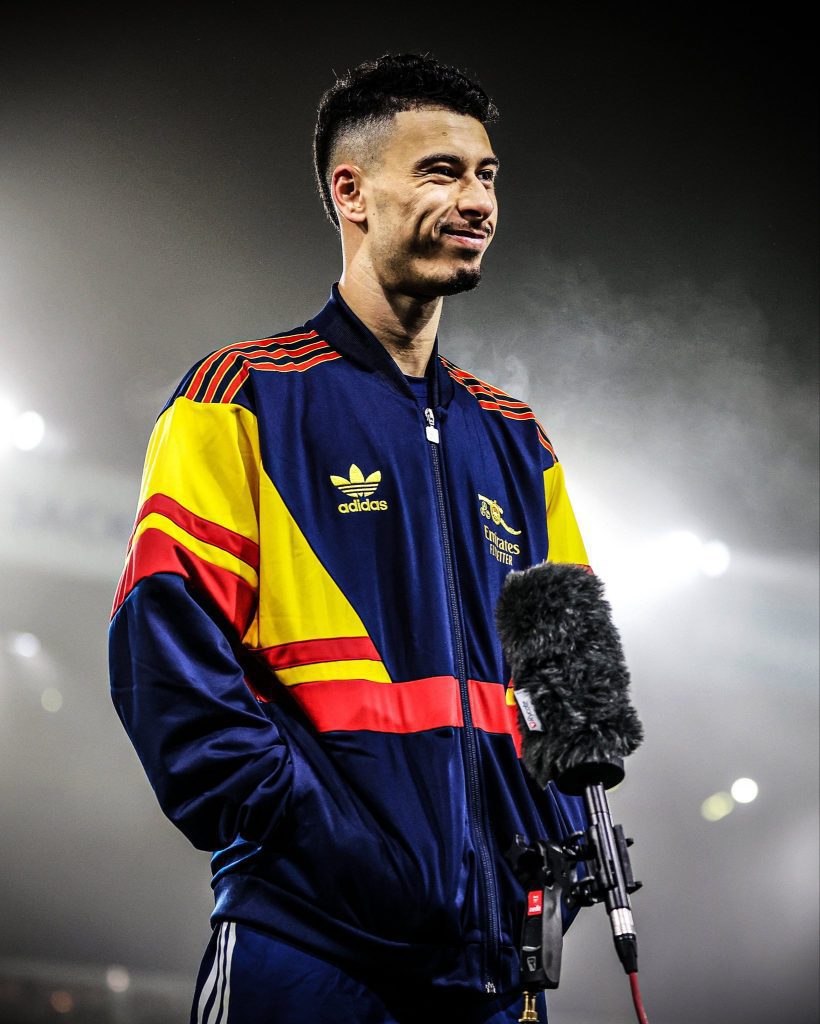 What is ACL Injury? How does it affect a Footballer?
Transfer Analysis: Vanderson to Brentford – Scouting Report
To Top