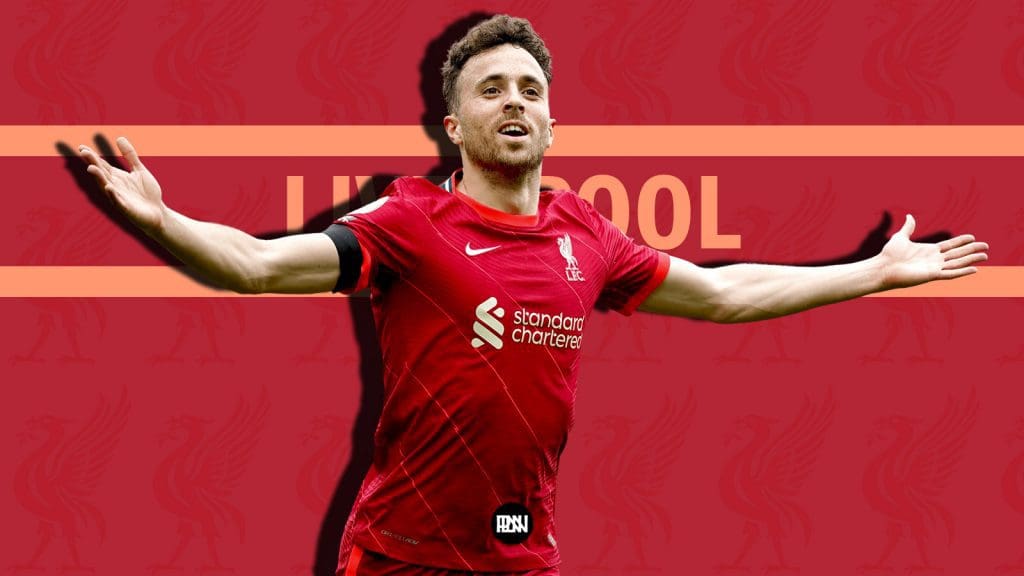 While Diogo Jota is the name on the lips of Liverpool fans around the world. It has not been an easy journey to the top for the Portuguese striker.

Prior to his move to Anfield, Jota had to fight his way up in the Wolves’ side. Further, it was turning out to be a hard task with the addition of the Mexican revelation, Raul Jimenez. Mexican International’s move to Molineux was made permanent in the summer of 2019, following a season-long loan term. Since then, Jota’s position came under jeopardy. He became a mere shadow to Jimenez.

Life at the Molineux

19 back then, a talented young striker caught the eye of one of the Spanish giants, Atletico Madrid, in the summer of 2016. However, Jota’s period at the Madrid based club was subdued to loan transfers. Spending full periods on loan at Porto, then at Wolves, before the latter gaining the permanent services of the talented Portuguese striker in 2018. Though, he did have high potential. However, he could not have fit into Atletico Madrid’s squad.

While 2018 was the year Jota moved out of the rut on Spanish soil, the 2017/18 season will forever be engraved in his heart. The Portuguese center forward was criticized for underperforming. His career was said to be finished before it even started. But all of that did change the outcome when Wolverhampton Wanderers sought his services on a season-long loan from Atleti. During the time, he helped Wolves secure the promotion while scoring a total of 17 goals throughout the season. Leading to a permanent move to Wolverhampton in 2018.

In the time to come at Wolves, no one could have imagined where this path could be leading the Portuguese forward. After the permanent move to the Molineux, Diogo could feel the tension around him regarding his place on the side. First, the loan period of Raul Jimenez and then his permanent move the following season pushed Jota’s place in the squad further on the backend.

Despite helping Nuno’s side through to promotion from the Championship. The Portuguese international could not live up to the billing in the subsequent years. Following his permanent move, he scored a total of 16 goals in 2 seasons one short of the Championship season tally. This marked the beginning of the end for something unexpected, coming underway for the Portuguese striker.

Meanwhile, in the winter of 2020 something unexpected came Diogo Jota’s way. Liverpool came knocking at the doors to sign him permanently from Wolves. The deal commenced with the satisfaction of both the parties – Liverpool needed competition for Roberto Firmino for the position upfront, whereas Jota needed a change in the atmosphere. There were mixed reactions from both sets of fans. While there are many Wolverhampton Wanderers fans who thought the money attached to the center forward is mad. £41 million was indeed a mammoth price tag attached to any player. Especially for the one who has not been performing well. But, no one saw what was about to come.

The infamous tweet. It did become infamous because of a reason. That being, Jota proving the doubters wrong by perfectly fitting into Jurgen Klopp’s system of play. If we look at his debut season at Anfield, the man from Porto scored 9 goals in just 19 games in the Premier League for the Reds. While he scored 4 of those goals coming off the bench. It is not a given to be in Jurgen Klopp’s good books. And Jota is, for all the right reasons.

Currently, in the 2021/22 season, the center forward has been unstoppable. It looked inevitable that he is going to take Firmino’s place in the starting line-up real soon. But none imagined it to be so quick. It has only been around 1.5 years since he joined the Reds but now he has become a regular in Klopp’s scheme of things. Jota is showing all the abilities of a developed striker. He is scoring goals for fun. Defenders easily get baited by his height, because of his heading prowess. He is just a phenomenon.

If we look at the stats from the current season, it is enough to shut the doubters and make proud the believers at the same time. With the season nearing its end, Jota has already scored 17 goals in just 32 games across all the competitions for Liverpool. What has been scintillating is his consistency. He has been scoring at will. Diogoal, for all the right reasons.

So the question is, what really has changed since his time at Wolverhampton?

To be honest, nothing much has changed if he looks at him individually. It is more the setting/the playing environment and the system that is suiting Jota’s style. Don’t get me wrong! Jota’s personal growth and development has been staggering but here we are comparing the team’s system with his individual style.

We all know Klopp’s sides love playing highline at the back, pressing from upfront and pass & play from the middle – or sometimes even holding the play from the middle, depending upon the situation. The team can only hold up the play for so long, to help their forwards get in the position. Then it is just the individual genius of finding the spaces and getting into the right positions.

This whole chemistry and in-genius of his own, has helped Jota evolve into such a pure forward, that there is hardly any game that passes by without us noticing his presence in the game.

The rate at which he is going, we could soon be putting him in the category of “The Elite Forwards” that have graced the Premier League with their presence. However, don’t get surprised if you hear a few Merseysiders already putting him in the top tier list.

Staying above Wolves will be vital for Arsenal’s season
Liverpool vs Leeds United: Match Preview | Premier League 2021/22
To Top