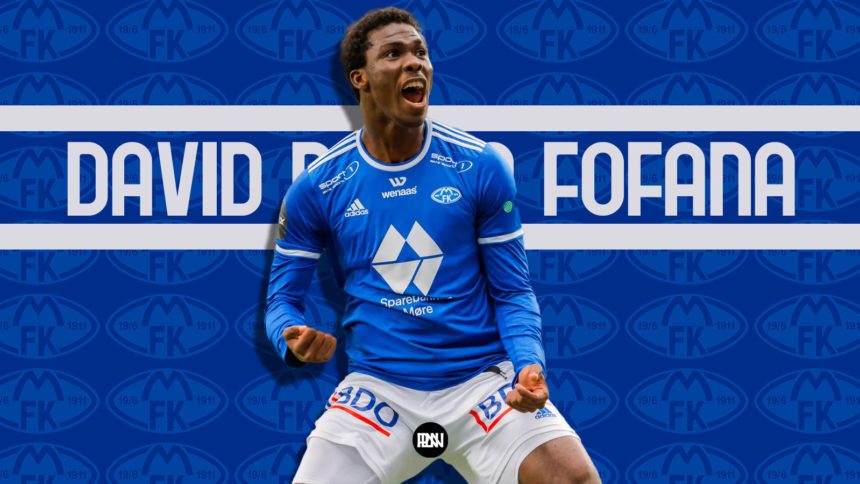 With the constant evolution of football throughout the 21st century, the role of the striker has witnessed a massive shift. Strike partnerships, once a phenomenon, are slowly dying out. The modern striker is also no longer confined to the box. Constantly dropping down to participate in the build-up and create space, the primary objective of a striker is no longer scoring goals. In these times, a certain David Datro Fofana’s electric start to the season for Molde offers some hope to the dying art held by pure goal scorers.

So, who is Datro Fofana?

Leaving home for another country is never easy. Especially at 18. However, passion makes you do crazy things, so did it for Datro. Hailing from the town of Ouragahio, Ivory Coast, Datro started his career with AFAD in Abidjan. His impressive skills in front of goal soon captured the attention of scouts from many clubs across Europe and in 2021 he signed for Molde. Now, at 19, the Ivorian has taken over as the main attacking output for the Norwegian club.

Currently, Datro Fofana fits perfectly into Molde’s 5-3-2 formation. Like his Molde predecessor Haaland, in simple terms, Fofana is a big bully on the ball, pawing off every attempt to bring him down and continuing on his path to goal. However, unlike the Man City forward, Datro is also a fantastic dribbler. Easing his way in and out of tight areas, the bullish Ivorian uses his pace and agile body to advance the ball. A personal favourite of his seems to be megging the Eliteserien defenders and leaving them embarrassed and as the butt of all jokes for weeks to come.

Long balls have been a tactic often employed by Molde and Datro’s divine ball control enables him to bring the ball down and progress the ball. Surprisingly, however, given his qualities on the ball, the Ivorian isn’t adept at holding up play. Sometimes too selfish and many times lackluster in ground duels, the striker struggles at anchoring the play and is the most potent closest to goal.

Playing in a two-man strike partnership, as the ball progresses forward Datro’s clever off the ball movements in the box always seem to help him wrong-foot the defender and smash in goals. The striker is predominantly confined to the box, functioning as a target man and an ever-present danger to goal. On the occasion, he does drift outside, his explosive runs into the wide channels help Molde retain possession and disfigure the opposition’s formation.

Overall, David Fofana has thrived the most while functioning as a target man and the main goal-scoring outlet. His contribution to Molde’s creativity and retention of possession is negligible. Having said that, his great control and ability to drive forward with the ball into spaces, could open up a new avenue for him to turn into a decent anchor.

Molde’s fox in the box, Fofana’s positioning throughout the season in possession has resembled a big red dot. While he is still quite far away from catching up with the greats of Europe, comparing his heatmap to other top goal-scoring strikers in the top 5 leagues paints us a better picture of his movements and positioning.

After comparing his heatmap to Europe’s top goal-scoring strikers, it is evident that the Ivorian’s movements and positioning inside the box are similar to many elite goal scorers and with better finishing he’ll surely be an influential asset in the future.

Given that the Ivorian hardly gets involved in the build-up play and spends most of his time in the box, his numbers in possession are nothing impressive and aren’t meant to be either. This season in the league he has averaged 32.9 touches and 12 accurate passes p90. Interestingly, the Ivorian’s statistics are similar to the likes of Oliver Giroud & Halaand who have averaged 9.6 & 10.3 accurate passes p90 respectively. These numbers further propagate that Fofana is on the right track to becoming a lethal fox in the box.

Despite, his minimal involvement in play, the number nine has still managed to create 6 big chances in the Eliteserien. While that isn’t a great number of chances created in 17 league games, for a goal scoring striker constricted to the penalty box it is a decent number which can easily be harvested into more.

To become a great striker, you need to provide goals consistently and till now Datro Fofana has supplied them…almost consistently. The Ivorian who dreams of being called to the national side for the next AFCON has been sensational this season making his way into multiple top 10 attacking charts in the Norwegian league. His movement off the ball in space has helped him create space and take an impressive 4.45 shots p90, nearly 1.0 shots p90 more than the great Haaland himself.

Unfortunately, his finishing has let him down. In the Eliteserien, the striker has underperformed his xG by a massive 2.85 goals. Despite his constant threat to goal and racking up most shots on goal (28), more than the leading goal scorer of Eliteserien, he hasn’t managed to convert his chances into goals. However, context is important. At a tender age of 19, the youngster still has a lot of time and can develop into a much better finisher than he currently is.

Defensively, Erling Moe has barely asked much of the Ivorian striker. The striker doesn’t boast great defensive qualities as he averages a mere 0.6 tackles & 0.1 interceptions p90 in the Eliteserien. He also isn’t the best at duels winning only 0.6 of his aerial duels per 90 minutes. The numbers aren’t inspiring but given his immense stamina and physical capabilities, should Moe want to administer an active press, Fofana would be highly useful.

Speed, acceleration, dribbling, goals, and stamina, in David Datro Fofana are all the qualities required to become a prolific striker. The Ivorian’s finishing has been a concern but as he develops his numbers are bound to improve. His ability to adapt & hunger to win define how he plays the game. With the correct guidance and proper use of his capabilities, a beast could be unleashed. His strengths greatly outweigh his cons and he would prove to be an investment if employed by the right team. In Datro Fofana is an opportunity, an opportunity to revive the dying traditional striker. 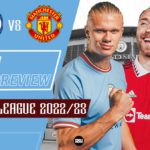 New Plans of Chelsea owner Todd Boehly amongst buying a stake in another club revealed!
Leave a comment