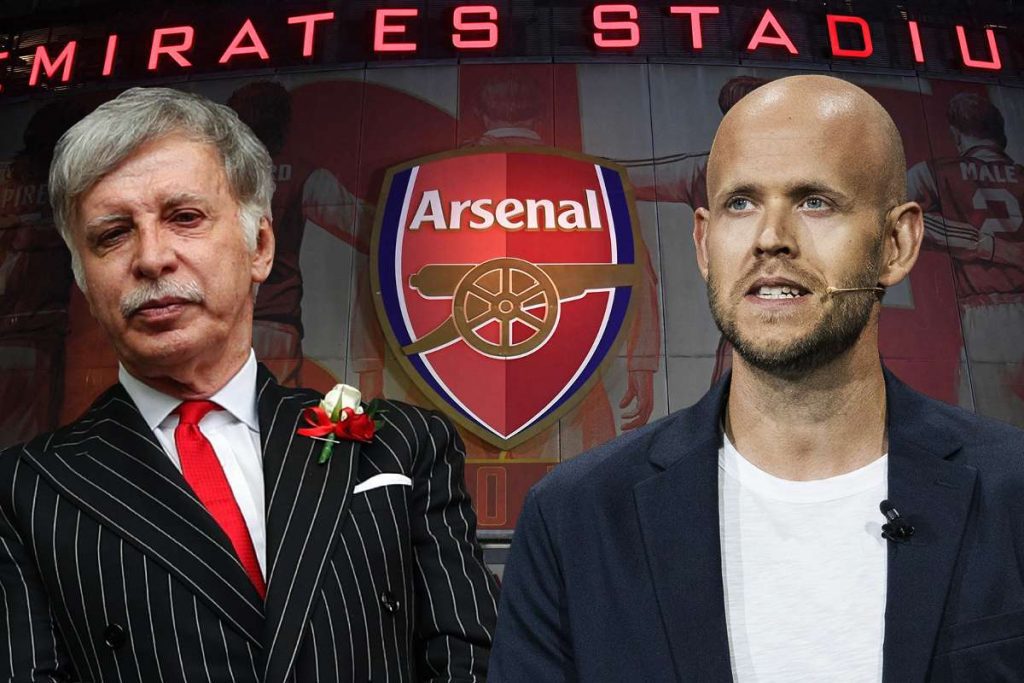 14 years, that is exactly how long Stan Kroenke, owner of Kroenke Sports & Entertainment, has been at Arsenal. Since then, the club have not won a single Premier League title, Arsene Wenger was ridiculed by fans and eventually left the club in 2017, and Arsenal have not reached the Top 4 for 5 seasons now.

In the past month, the Kroenke dynasty also had the nerve to play a huge part in the creation of the European Super League which has further enraged the fans of the Gunners.

“Does not come for the matches”.

“Does he even know our league position?”

“Selfish, Disrespectful and pathetic, how can we finish 10th and expect immediate European qualification”?

This is just a part of the abuse that was hurled the way of the Kroenke ownership by the fans and the current atmosphere around the club is a sense of disgust, angst, and disbelief in what the club has become over the past decade.

In such a scenario, Daniel Ek, founder of Swedish music company “Spotify”, capitalized and put out a tweet saying “As a kid growing up, I’ve cheered for Arsenal as long as I can remember. If KSE(Kroenke Sports & Entertainment) would like to sell Arsenal, I’d be happy to throw my hat in the ring”

As a kid growing up, I’ve cheered for @Arsenal as long as I can remember. If KSE would like to sell Arsenal I’d be happy to throw my hat in the ring.

The timing couldn’t be more spot on. With Arsenal fans pressurizing the Kroenke’s to give up their ownership, Daniel Ek, a long-time fan of the Gunners, expressed his love for the club and made the sliest indication to buy the American ownership out.

Now, there are two things that a tweet like this does. It increases the motivation of the fans to push the ownership out, while it also puts a sense of belief in the people regarding its future if a boyhood fan takes ownership of the club.

However, KSE have immediately brushed away any news regarding a takeover. “We have no intention of selling”, said Josh Kroenke (son of Stan Kroenke). “I believe we are fit to carry on in our position as custodians of Arsenal”.

Josh Kroenke: “I believe we are fit to carry on in our position as custodians of Arsenal. We were put in a very difficult position by forces outside of the club. We have the same plans for summer that we had several weeks ago and I’m still excited about those.” pic.twitter.com/9n8vLJlhYN

The Kroenke’s have made their stance clear and it is no surprise that they aren’t in a hurry to let go of their holdings in Arsenal just yet. Since 2007, Stan Kroenke has slowly increased his holding in the club from a measly 9.9% to more than 90% in 2021.

Stan Kroenke, albeit a worthless owner of a football club, is an astute businessman who understands profits more than emotions and has always earned more than he has invested. However, this could also be the way out for Kroenke as Daniel Ek is ready to provide the American owner a worthy offer.

As per reports, Ek is prepared to shell out £1.8 billion to take ownership of the Arsenal football club. However, there are a few problems with this deal.

Daniel Ek’s current wealth is estimated to be at around £3.4 billion and offering up more than half of it is not something the Swedish entrepreneur would be interested in. Hence, there have also been reports of Ek going into business with former players like Thierry Henry, Patrick Vieira, and Dennis Bergkamp. However, while it would’ve been better if Ek pursued some of the billionaires of the world, this is the smarter move.

Sven Carlsson, the co-author of Spotify play, talked about why Daniel Ek would consider a move with former stars. “It’s typical of him to try and seek out influential people and those are obviously his Arsenal heroes,” said Carlsson. “It’s a very personal thing, but it doesn’t seem hugely prepared either.

“If you were starting from scratch with a bid and you were doing it well in advance, you would go to someone who could help fund it. But Daniel’s gone for the superstars. I struggle to make sense of some of it, to be honest. It seems like an emotional thing.”

Carlsson went on to talk about the financial side of Daniel Ek’s potential takeover: “If Arsenal went for £2bn ($2.8bn), that would be half of his wealth and I don’t think he would ever do that in cash. So, he would probably need a co-financier or some loans. It’s not apparent to me that he can afford this off the bat.

“Obviously, the vast majority of his wealth is made up with Spotify shares and they’ve been doing a lot better on the stock market recently. That’s almost doubled his fortune in the last year with the pandemic.

“So, it’s within reach, but it would be financially dumb to put all your income in that basket.”

It is very clear that Daniel Ek loves the club, however, a way in which the Swede has already won over the Arsenal fans, as reported by The Telegraph, is by showing interest to implement the golden share idea- which would allow fans to vote on and even block or stop constitutional proposals or legacy decisions. If there is one thing that Stan Kroenke has clearly made Arsenal fans devoid of- it is trust.

The golden share idea would give a lot of power to the fans, moreover, a sense of belief in the hierarchy. The Arsenal Supporters’ Trust (AST), which is a huge fan group of the club and have previously owned a stake in the club, have made their stance clear on the current and any potential ownership. “Our message to any owner or potential owner is the same”, said a statement from AST. “Fans have to be given a greater say in the running of their clubs and the opportunity to hold an ownership stake”.

Moreover, Daniel Ek’s intentions are pure. They are not financially driven and they are not to ruin the club for his own selfish motives. He is one out of more than a million fans of Arsenal Football Club who has the financial capacity to drive the club to success again and in his eyes, it is a match made in heaven. However, the business of football is far more strategic.

Stan Kroenke has, over the years, spent a little over £1 billion and currently values his stake in Arsenal more than three times that value. However, Kroenke must also understand that if fans have the capability of shutting down a European Super League in less than 72 hours, if need be, they can also create a sense of unrest among the club forcing the ownership to quit.

No amount of money in the world can buy the passion of a football fan and the debacle of the European Super League might’ve been the last straw for a lot of fans. Daniel Ek, a long-time fan of the club, shares this emotion and he has publicly expressed his desires.

It remains to be seen whether Ek has the money to put where his mouth is and if he really wants to do so, there are several measures to work past the financial restraints. One of the most loved clubs around the world, Arsenal are in dire need of a new strategy, a new identity, and a new atmosphere at the club. The solution? New ownership.

Over to you, Daniel Ek. 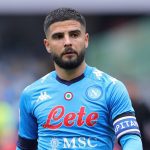 Maurizio Sarri could bring Lorenzo Insigne with him!
Next Article 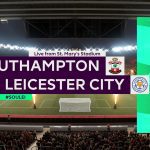