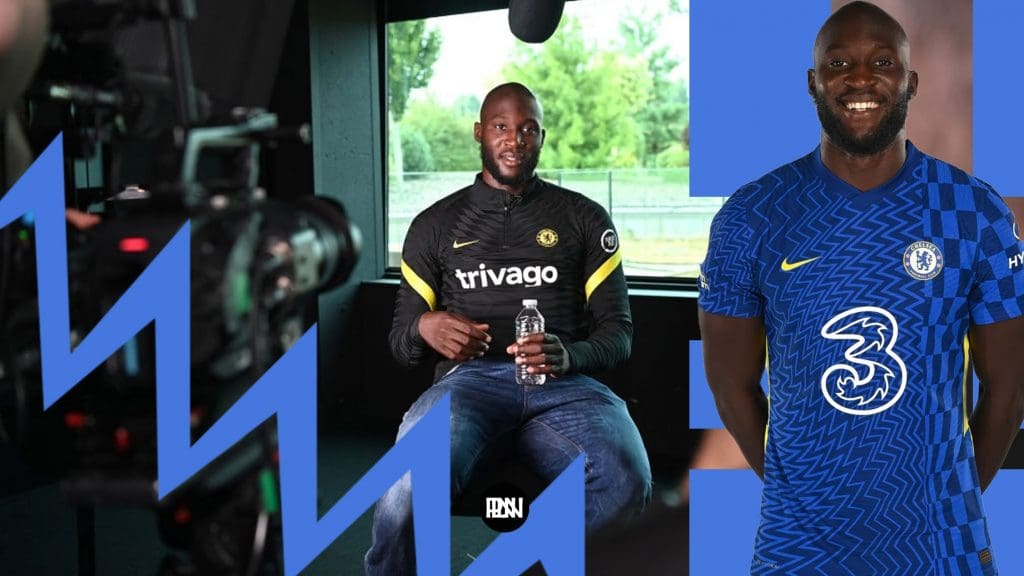 Without a loss in the pre-season, UEFA Super Cup victory, and a fantastic 3-0 win against Crystal Palace to start off the Premier League campaign– it all seems going well for Chelsea, or does it?

The Blues looked to be sailing through the game against Palace after 15 minutes into the second half, but one must remember how they got there. A fantastic free-kick by Marcos Alonso, a brilliantly created chance with a scrappy finish, and a bolt from the heavens from Chelsea’s very own– none of these goals look like they will be repeated in the same fashion again this season.

Let us not forget that this was an awful Crystal Palace side with a new manager and their top player in Wilfried Zaha eyeing a move away from the club. Yet, Chelsea needed two incredible goals from two players who were not part of the first team last season.

One of the main criticisms at the start of Tuchel’s era at the club was the ability to get the ball back into the net. The Blues are terrific at creating chances because their intensity levels never drop and they have the quality in their ranks to provide an incredible number of balls into good areas.

However, Chelsea had one problem last season.

Chelsea can do a lot of things well– keep a compact setup that does not allow the opposition any space in their final third; press at the right time; pass in triangles; avoid fouls in dangerous areas or altogether; move the ball well across the pitch. These are the qualities of contenders, but the difference between contenders and champions is that you win games and eventually trophies by putting the ball in the back of the net.

Last season, Chelsea opted the theory of ‘attack wins you games, defence wins you titles‘ and it worked because that is the perfect attitude for a cup competition, courtesy of which they won the Champions League. While this theory could be used to win a league as well and has been done before at Chelsea itself, they always had ruthlessness in front of the goal. The likes of Diego Costa and Didier Drogba were bullish strikers, and they guaranteed goals in crucial games. These were not players that scored thrice against any team but they scored the goals that would prove to be match-winning and eventually title-winning goals.

But before that, there is an issue they need to resolve –

The likes of Mason Mount and Christian Pulisic can only create so much, but they need to be quicker. Chelsea suffers against low-block teams because they do not know what they have to do when they are in a great shooting position. The current lot will 10 times out 10 cross the ball into the box from a crossing area, but they think twice about shooting. A striker could solve these things, but the Blues need more from their wingers and their attacking midfielders.

Hakim Ziyech was an astute signing last season for two reasons– he is a quality chance creator and he does not hesitate to shoot. The Moroccan displayed this ability of his in pre-season as well as in the Super Cup final. However, this cannot be said about every Chelsea player. Mason Mount loves to take a shot, but he needs to have a clear sight first. Kai Havertz prefers shooting more than creating, but he needs to be in an open space while Christian Pulisic complicates it all together, while the American also does not have the venomous quality Mount and Havertz possess while shooting.

And then there is Timo Werner, the person Chelsea thought would resolve their attacking problems. It is pretty easy to turn around and say that the German is a disaster in front of the goal, but that would be harsh and fundamentally wrong. Frank Lampard’s ability to convince the players to join the club was insatiable, but the Chelsea legend did not have the tactical nous to fit the players according to their strengths.

Werner’s goal-scoring threat in the Bundesliga stemmed from the fact that he had a player to run off all the time or that he had the space to run into. The 24-year-old was sensational at the start of last season as his runs were fast, direct and he had the killer finish. His display against Liverpool and Southampton in September and October respectively were beautiful in particular. The German ran past the Liverpool defence continuously and also won a penalty while he scored two incredible goals against Southampton. However, the goals dried up when Chelsea stopped playing the ball behind the defenders for the striker. That is Werner’s main quality. What followed was a lack of confidence which in turn produced his awful misses and the poor form in front of goal, which continues till today.

While one would argue that a lack of confidence does not validate missing clear-cut chances, Chelsea’s new signing in Romelu Lukaku is evidence of what lack of confidence does to a player. The Belgian was often criticised at Manchester United for not controlling the ball properly or his touches inside the box, and he eventually lost his confidence, while there was also widespread laughter when Inter Milan shelled out the big bucks for the 28-year-old.

Two years later, it is Romelu Lukaku who has the plaudits and has completed a move back to the Premier League to prove his doubters wrong. Chelsea need to avoid this mistake with Timo Werner and they have perhaps signed the player in Lukaku who will not only provide Werner with a new lease on his career at Stamford Bridge but also lift the team with his know-how.

HOW IMPORTANT IS THE SIGNING OF ROMELU LUKAKU?

Crucial; pivotal; difference-maker– This Chelsea side needs a player who can lift the atmosphere around the club by scoring a bunch of goals. The Blues have a perfect blend of experience and youth and a manager who knows how to use it perfectly.

Lukaku is a predator, an out-and-out goal scorer, and a bully. He scares defenders and does not let them rest on their laurels. He is a nightmare, and he is the very definition of what Thomas Tuchel needed.

“We will create a team nobody wants to face”– Thomas Tuchel’s words after his first game nearly 7 months to the day. Lukaku is the forward nobody wants to face, and his arrival will certainly lift the atmosphere in the dressing room as well. This is not a player who has come to replace somebody but a player who has come back to prove a point and apply the finishing touches to an already elegant side.

Chances, chances, and a bucket load of chances– Lukaku just needs to feed on these, something he knows a thing or two about. However, that is not what he is all about as he is also an incredible chance creator and a team player at the end of the day. However, with these two abilities, he solves two crucial issues, namely:

A) Brings back Timo Werner’s confidence:

Nobody more than Lukaku understands the burden put on strikers by top clubs. You deliver or your future at the club is uncertain– a boorish policy applied by most clubs in England. The Belgian will, however, get Werner back on track. The German has not lost the ability of making incredible runs, nor has he lost his ability to create. Tuchel has already mentioned that the two-player could play alongside each other, and what better than having two centre-forwards who have complementing abilities.

The main part where Lukaku will, however, be crucial to Werner is that he will ease the pressure of scoring goals off the German. He will allow Werner to make the runs he loves to make instead of making ones he does not know what to do at the end of.

The second thing the Belgian will bring to this Chelsea side is the ability to make others believe because of your presence.

B) Will act as a role model for players around him:

For all of Lukaku’s qualities, he picked up a crucial quality last season– the experience of winning the league. Chelsea currently have leaders in every department besides their frontline.

The defence has the likes of Cesar Azpilicueta, Marcos Alonso, and Thiago Silva who have won a league before while Ben Chilwell was also part of Leicester’s heroic triumph in 2016. The midfield has N’Golo Kante who was won everything there is to win in football and Mateo Kovacic, who was a part of Real Madrid’s three Champions League triumphs and their league victory in 2017. Although Jorginho has not won a league, he is an experienced head and has come back into the squad this season on the back of winning the Euros.

The frontline, however, is fairly young and inexperienced to realize what it takes to win a 9-month league campaign. Hakim Ziyech won the Dutch league multiple times, but he does not have the persona to lead this Chelsea side. Lukaku, however, does.

The Belgian bullied Inter Milan to the title last season, and by the second half of the season, the players around him started believing and drove the team to success. Lukaku will have the answers for Chelsea on a day when they are only creating a couple of chances or even half-chances.

The 28-year-old has developed the ability to create something out of nothing and carrying his side even on an off-day. Teams are allowed to have off-days, but you need that one player to be on top of the game all time. Eden Hazard did so brilliantly for nearly a decade and left a legacy behind that people can only hope to live up to. Lukaku is here to write his own story, but he will develop the next generation at Chelsea into believers. He turns the hesitation of the inexperienced players in front of goal into players who have the confidence of popping the ball from outside the box before thinking if a pass would be better. The Blues have the talent, they just need a leader who will make them believe.

The likes of Mason Mount, Kai Havertz, and Christian Pulisic can only learn from the Belgian’s qualities and adaptability to situations on difficult days. This is not the Romelu Lukaku that left England and doubted his own qualities for a second. It is a man who is confident of taking Chelsea to win the title and re-write his place in the club’s history.

Chelsea are hoping the man can deliver and turn this team of contenders into the Champions of England!