Chelsea bettered Unai Emery’s Villarreal on penalties to start their season with European glory. The Blues from London opened the scoring when Hakim Ziyech converted Kai Havertz’s cross while the Yellow submarines equalized in a well-worked move finished by Gerard Moreno.

The game was still a stalemate after 120 minutes of play, and subbing Kepa Arrizabalaga on for the spot-kicks worked for Chelsea as the Spaniard kept a couple of them at bay to win them the UEFA Super Cup.

Knowing how both the managers crave tactical superiority there were always some tweaks which help either of the teams to make their mark. We take a look at such tactical attributes;

This is how Chelsea and Villarreal lined up in the tunnel: 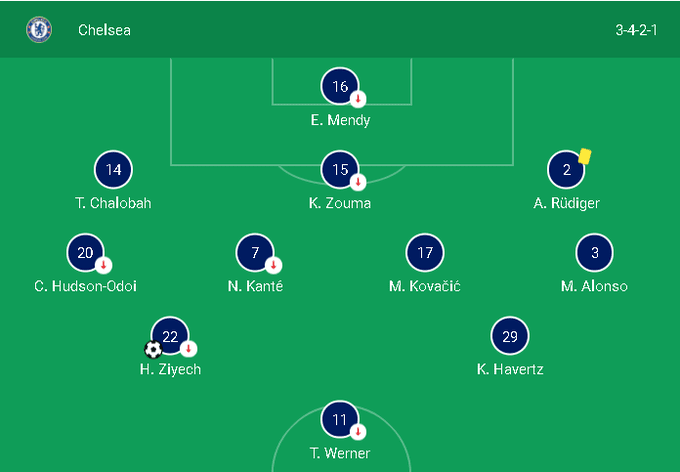 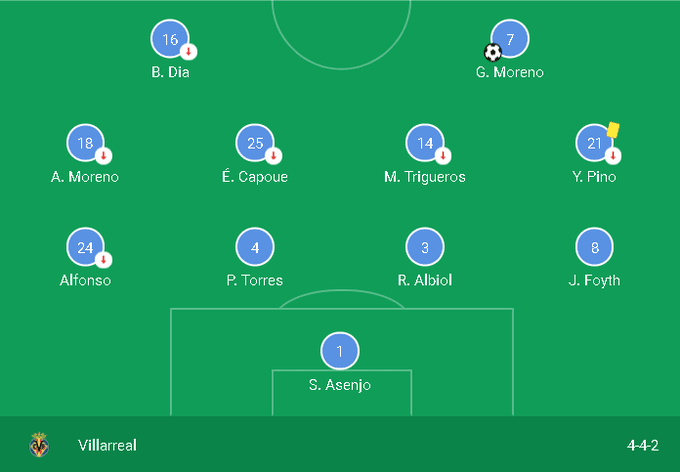 The Blues looked to build up in their usual 3-2-5 shape. Chelsea’s LCB and RCB would split wide while the double pivot was ready to receive the ball, with the fullbacks out wide. They looked to overcrowd one side with consistent passing and change across to exploit free space to drive the ball upfront through wings. 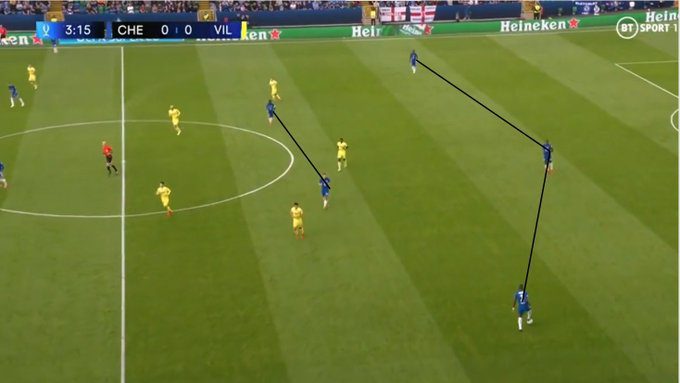 Villarreal at times would look to press Chelsea in a 3-4-3 pressing shape when they tried to play out from the back. Villarreal would go man-to-man and try to nullify Chelsea’s 3-2 build-up shape, this forced the Blues to pull out an areal pass to get out of that press and giving the ball away easily at times. Chelsea in possession would attack in their usual 3-2-5 shape, with the fullbacks overlapping and the wingers (Havertz and Ziyech) in the half-spaces. At times both dropping deep to receive the ball between the lines. Chelsea would look to create from crosses from the fullbacks, or midfielders after wingers would invert into the box to get bodies in the middle. That’s how they scored as well, a cross from Kai Havertz finished by Ziyech. Villarreal would usually defend in a 4-4-2 mid-block. But Emery made an excellent tactical change by switching to a 5-3-2 mid-block with Pino dropping back to form a back 5. He did this to stop Chelsea from having overloads and Villarreal wouldn’t have to shift across as far. The Yellow Submarine would look to counterattack when they won possession. 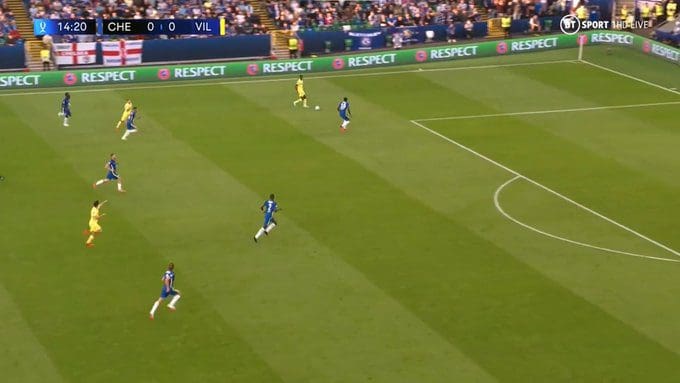 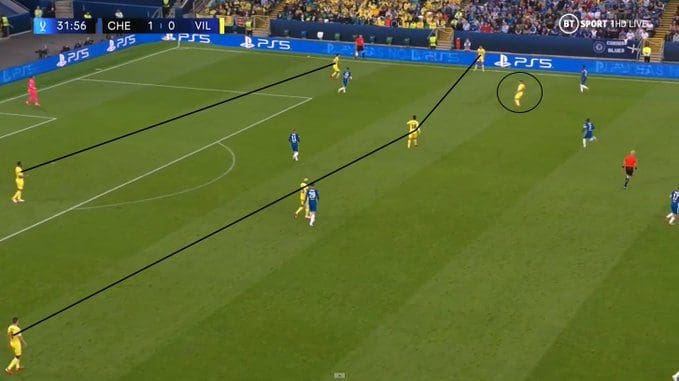 Villarreal in possession would transition into a 3-2-5 shape with Foyth dropping deep to form a back 3. Pino would hold the width on the right while Alfonso would do so on the left. Moreno would be in the left half-space. The front five made it difficult for Chelsea to keep track of while they kept on bouncing the ball on Capoue and Trigueros whenever they felt pressed. The midfield pivot played an influential role to frustrate Chelsea in the final third. 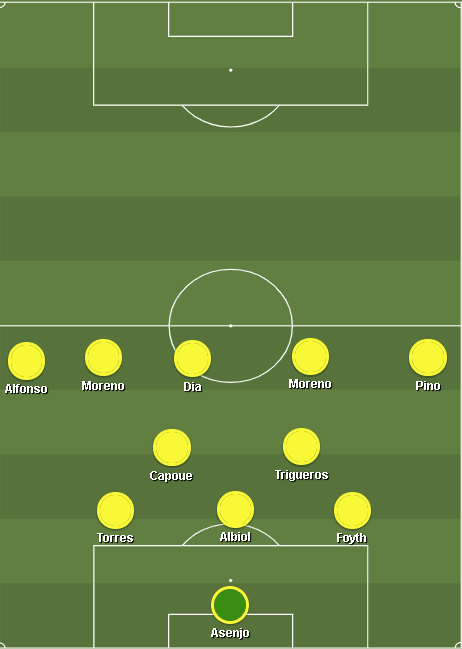 Villarreal would look to create from crosses from Alfonso (LB) and Pino (RW) while the other acted far post as the receiver if the cross failed to meet anyone. 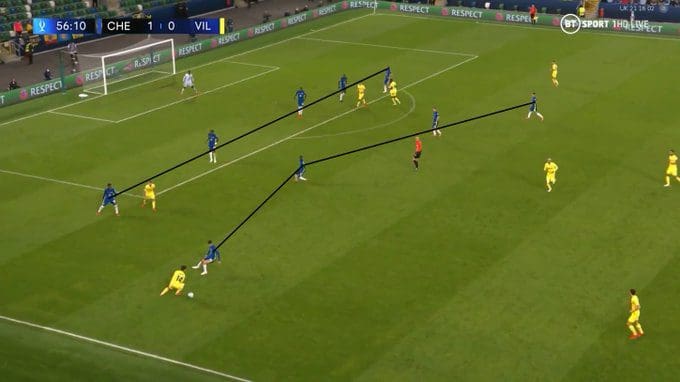 It was a game of two halves, Chelsea were dominant in the first half while Villarreal looked good in the second half. During the extra time, it was an even game. Credit to Unai Emery whilst he tried to suffocate Chelsea into their own half, a couple of unlucky woodworks meant things had to be decided from the spot.

It was an excellent substitution from Tuchel to bring on Kepa for penalties and sub off Mendy. He’s a very confident keeper when it comes to penalty stopping. Chelsea might not have won if Mendy was the GK for the penalties.

Chelsea will kick-off their Premier League campaign on Saturday when they host Crystal Palace at the Stamford Bridge, as Thomas Tuchel looks to build on European glories.

MUST READ: Chelsea pre-season training 2021/22: Total Possession, but with a purpose