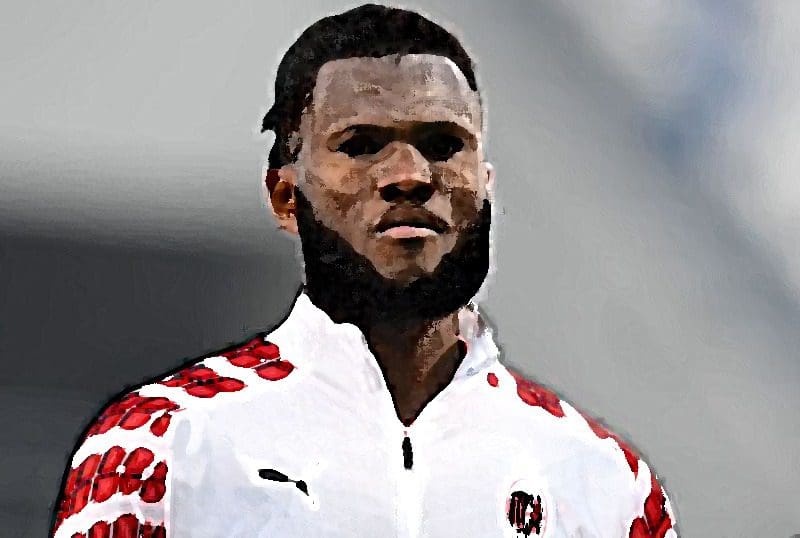 It has been a good 6 months for the Blues as they have seen their team win the Champions League in May as well as finish in the Top 4 of the Premier League. Adding to this, the Blues also have 5 players involved in the 2020 Euro final between Italy and England, which in turn also means that Thomas Tuchel will have quite a few players coming back later than expected for the pre-season camp.

Chelsea have also been active in the transfer market as they are looking to sign a forward as well as a central midfielder. The search for the former will certainly be a long one, but Chelsea may now have found their solution for a central midfielder in AC Milan’s Franck Kessié. These trails has left many fans punting over probable moves – now the average sports punter in the UK has a range of 600+ sports betting websites to choose from. Some of the companies have been around for decades and have betting shops in nearly every high street. With that in mind, DraftKings is a good sportsbook. If you’re in doubt, visit bestbettingsites.com for a full review of the company. Hint: it’s a mobile-friendly website that offers both pre-match and in-play betting.


The Ivorian’s contract is set to expire in June 2022 and AC Milan, who have already lost Gianluigi Donnarumma and Hakan Çalhanoğlu to free transfers, do not wish to repeat the same mistake with Kessie and will want to cash in on the player this summer, should he not sign a contract extension.

So, where would Kessie fit in at Chelsea?

An excellent box-to-box operator, Franck Kessie has shown his class with the Rossoneri for the last 4 years since he joined from Atalanta in 2017. A ball winner by every definition of the phrase, Kessie’s understanding of space and awareness of players around him has helped him develop into of the world’s best midfield players in the current era.

However, given that he has played little to no Champions League football, there is no way to know if he has the calibre to play that way at the top level as well. Yet, the underlying statistics prove that he certainly could. Kessie’s pace and stamina allow him to cover every blade of the grass in every single game, while he has developed a habit of popping up into the right areas. This is a central defensive midfielder who has clocked up 17 goal involvements last season, but in a slightly inferior side than Chelsea. Also, Tuchel’s heavy intensity methods bode well for a player like Kessie, who likes to keep moving, with and without the ball.

Billy Gilmour has left the club on a loan move, while N’Golo Kante’s deal will expire in 2023, and the Frenchman is bound to slow down at some point in time. Thus, Chelsea desperately need a player who can act as the fourth midfielder at the club, besides Mateo Kovacic and Jorginho. In steps, Franck Kessie, who can not only play that role but also provide a base for Chelsea’s future midfield plans and act as an understudy to N’Golo Kante.

It is also important to understand that Kante, albeit brilliant for the second half of the season, was injured for the most part of the first half and Chelsea lost a lot of points in that period while Mateo Kovacic was also unavailable for nearly 2 months. Moreover, nobody knows what formation Tuchel will employ next season, however, it is unlikely that he will change the 3-4-3 method that worked well last season.

Kessie in numbers and what he can add to Chelsea?

Although the Blues were relatively solid towards under Thomas Tuchel, a lot of it had to do with the fact that Chelsea were mainly playing cup competitions and their record in the Premier League was not exemplary. While they did not lose, they would draw games, and this is where Kessie could change things for Chelsea.

One of the main issues for the club last season was the lack of goals from midfield. Although Jorginho was the club’s top goal-scorer, all of them were penalties. Kovacic and Kante are not adept shot-takers, and this made Chelsea predictable at times.

Kessie, who scored 13 goals from defensive midfield last season, could become a potent threat from the center of the pitch. The Ivorian was taking 2 shots per 90 minutes last season does not shy away from taking a shot, as he was also averaging a 68% accuracy rate on them, which means that he was averaging 1.4 shots on target per 90. Unlike Jorginho, Kessie can also dribble past opponents, evidenced by his 1.5 dribbles per game last season.

In terms of defensive numbers, he was averaging 1.5 interceptions per 90 minutes, which in all honesty, could be better. However, under a more tactically astute coach in Thomas Tuchel, Kessie could take his defensive numbers to a whole new level. He was also making a lot of fouls last season (1.5 per 90 mins), something Tuchel can work upon as he did last season by conducting training drills with the players having small footballs in their hands, which made it impossible for them to catch hold of opponents or commit fouls.

Kessie’s range of passing will also interest Chelsea, as he can move the ball around quickly with two touch passes while he can also spray the ball long during full-fledged counter-attacks. His versatility is a huge advantage for Tuchel who can employ him in any role he likes and Chelsea have not had such a player in their ranks since Michael Essien, who ironically enough was also an Ivorian who played in a heavy intensity team at Stamford Bridge, nearly a decade ago.

When could the deal be completed?

AC Milan understands that they can secure at least £35 million for the player as his talents are well-known around Europe. Moreover, London rivals Tottenham have also shown an interest in the player and the Rossoneri could use this to drive the price for the player.

It is also important to understand that Kessie’s agents have reassured the media that the player is still an integral part of AC Milan, however, they have also neglected contract talks. Chelsea could pitch an incredible project to the player, and then it would certainly be down to Kessie, who has previously said that he wants to compete for the biggest trophies. The Blues also have a slight advantage in this deal as they know that Milan are interested in Olivier Giroud, and they could propose a swap deal plus cash offer for the same, which could suffice both parties.

Thus, depending on the Ivorian’s decision, Chelsea could complete the deal in a matter of weeks as they are very interested in the player. There is a long way to go, but Kessie could don the blue shirt by the end of the transfer window, should things go according to plan for the Stamford Bridge outfit.