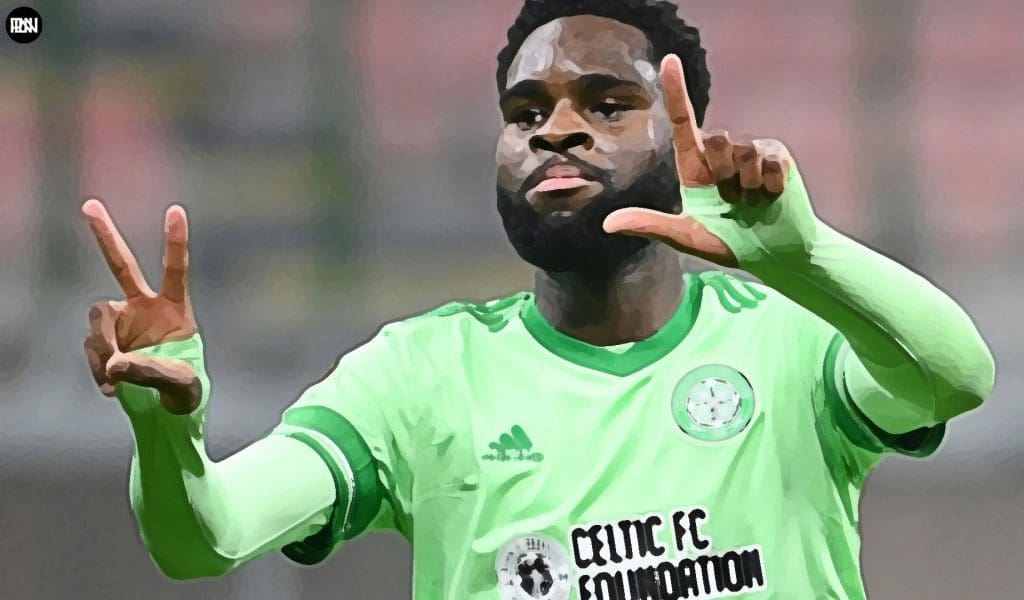 Brighton have already made some headway into their summer transfer window after they made Arsenal cough up to £50 million for Ben White, especially after they already have a considerable backup in that area with players like Lewis Dunk, Adam Webster, Joel Veltman, Dan Burn, and youngster Leo Ostigard.

Thus, the Seagulls are now looking to splash the cash in areas they need to strengthen, mainly in the attack. This has led to the club targeting Celtic star Odsonne Edouard, who was bound to make a move to Leicester after the end of the season. However, with the Foxes going a different way by signing RB Salzburg’s Patson Daka, Brighton could provide an entryway for the Frenchman into the Premier League.

Would Edouard be a good addition to the Seagulls?

Quite possibly the best striker currently in the Scottish League, Odsonne Edouard has repeatedly shown his talent and potential on the pitch, with the Frenchman winning the golden boot in the Scottish Premiership last season with 18 goals in 26 appearances for the Hoops.

To put that into perspective, Brighton only scored 41 goals in the Premier League last season, with Neal Maupay as the top scorer with a measly 8 goals to his name. The more worrying statistic, however, was that Lewis Dunk was the club’s third-highest goal-scorer with 5 goals.

Thus, it is clear that Odsonne Edouard is the need of the hour at Brighton, but does he fit into Graham Potter’s system?

Seamlessly. Brighton, who focus on counter-attacks for goals, need fast and powerful runners on the ball. While Maupay can perform that job, he is not very good at it, while he lacks the end product. Alternatively, Danny Welbeck is a decent finisher, but he cannot run with the ball or make the right runs into the box. He is a hard worker, but he is not as clever as Edouard inside the penalty area.

Edouard, who was scintillating in front of the goal last season, was taking 4.3 shots per 90 minutes and 2.6 shots on target in the same period. These are numbers on the same level as Robert Lewandowski at Bayern Munich, and although Edouard is playing at a relatively lower level, these numbers are highly encouraging. Moreover, the underlying stats (xG) also prove that Edouard underperformed mildly last season as he should have scored 3 more goals than he did.

The Premier League, however, also requires forwards who are good, not only on the ground but also in the air. At 6’1, Edouard wins more than 60% of his aerial duels, while he also excels in holding up the ball and bringing other players into the game. Edouard was also making 1.2 key passes per 90 minutes, a stat he will have to improve upon slightly if he does decide to join Brighton.

Due to his strength on the ball, Edouard also draws a lot of fouls, which could be really useful for a club like Brighton, especially when they have been pegged back into their own half for more than 5 minutes. Every team needs an out ball, and Odsonne Edouard could certainly be Brighton’s.

Moreover, at 23, Edouard will only get better and he certainly has the abilities to excel in the Premier League.

Will Odsonne Edouard move to Brighton?

There has been speculation regarding whether the Frenchman will want to move to a team that did not even finish in the top half of the table last season. However, given that Edouard has refused a contract extension at Celtic, he won’t mind signing for any Premier League club, while Brighton could also have a gentleman’s agreement with the player that would enable him to leave the club in the future if a big club does come in with to match his price tag.

Edouard has been one of the most sought-after strikers in Scottish football for a while now, and this summer, he might finally get the move he has longed for in the last couple of years.

As for the finances, Leicester had a bid of £13 million rejected in June, thus, Brighton already know that they would need to offer something in the range of £15-20 million to sign the Celtic forward. The Hoops have shown this season that they will not budge on their asking price, as they also previously rejected low bids for defender Kristoffer Ajer. However, Brentford matched the asking price and are now set to sign the defender on a four-year deal.

Brighton could pull off something similar, and in all honesty, they would be receiving an extremely talented striker for which a lot of clubs would consider as a ‘bargain fee’. This might, however, not be Brighton’s last signing of this summer transfer window, as they will be looking to strengthen in the midfield as Graham Potter looks to make a finish in the top half of the table next season.