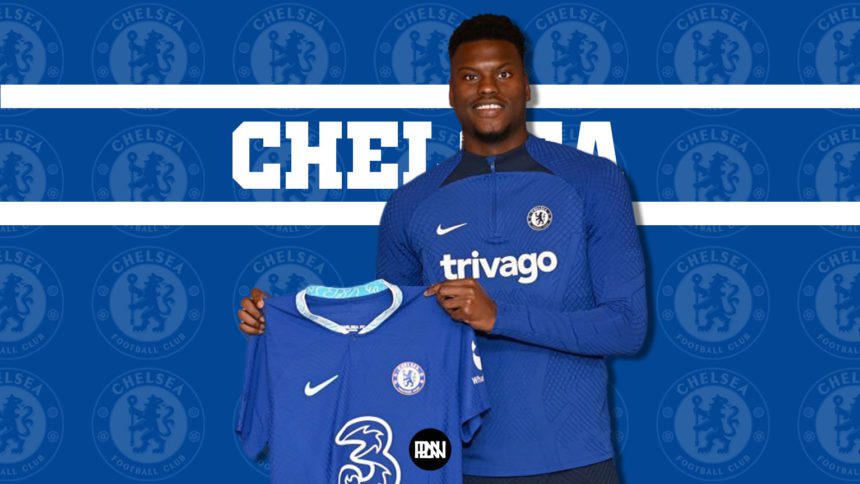 Chelsea have reached a deal with Ligue 1 club AS Monaco to sign their 21-year-old defender Benoit Badiashile. He will be joining the Blues for €38m, with the agreement signed until June 2029.

Official, confirmed. Benoit Badiashile joins Chelsea from Monaco for €38m and he signs until June 2029, seven year and half deal 🔵🤝🏻 #CFC

Boehly and Eghbali: “He’s an excellent player. We are sure Benoit will form an important part of our team in the years ahead”. pic.twitter.com/s32UoPpfnh

As reported by ESPN, Chelsea’s top defensive target in the January window was the Croatian international Josko Gvardiol. However, they haven’t been able to arrive at terms with RB Leipzig on the transfer fee for the defender and signing Badiashile instead might be considered to be a “cheap alternative”.

Securing the signature of the Frenchman can be seen as one of the initial steps in the plan laid out by Chelsea’s administration under the new ownership to sign young talented players on long-term deals aimed at rebuilding of Chelsea’s squad. Many consider him a replacement for the Blue’s veteran centre-back Thiago Silva who is in the last few months of his contract. This is their second signing of the January window, the first being securing the services of striker Datro Fofana from the Norwegian side Molde FK.

Signing Benoit Badiashile was not a move out of the blue by the Blues. The talent of the 21-year-old and his record so far had set him on the radar of some big names in Europe and within the Premier League. Newcastle United had their eyes on him last summer but the deal never went through. There were also reports of the Red Devils being interested in the defender amid talks with Chelsea. So, what makes the man from Monaco a sought-after talent and an investment for the future?

Benoit Badiashile debuted for AS Monaco in their 2018-19 campaign when he was just 17 years old. He started 20 games in the league that season, which needless to say is a serious amount of game time for a teenager at a high level in one of Europe’s major leagues. He also played a crucial role in the team’s consecutive third-place finishes in the 2020/21 and 2021/22 campaigns despite missing a good amount of games in the latter season due to injury.

Badiashile is a promising defender who fits the prototype of a modern defender, who is good with his feet and calm under pressure, as well as a traditional one with his incredible aerial ability, aggressiveness and strength to off-balance attackers.

His ball-playing ability has no doubt been pivotal in attracting interest from around Europe. He is calm under pressure, has good awareness of the field as he does multiple shoulder scans throughout the game and has the technical ability to accurately find his teammate with well-weighted passes. He will fit nicely into a system where defenders are required to be involved in build-up play, like the one at the London club. Benoit also has decent pace which along with his dribbling ability helps him to escape from tight situations and take the ball to safety.

Speaking of his defensive strengths and style, he is one with an aggressive mentality who likes to engage defenders physically in the early stages of the attack. He sometimes likes to go further from the backline and enter duels face-on with an attacker at full speed. His sheer speed and strength help him to get the best of the attackers in most cases. This attribute helps his team to break down counterattacks before it fully develops and also puts his team on the front foot by creating an attacking overload situation in the opponent’s half. This aggressive playing style of his is one of the reasons why he happens to get a lot of touches in the mid-3rd.

In the 2020/21 season when he got the most amount of game time, his number of touches in the mid-third (1530) was more than in the defensive third (1120). Even this season, 4 out of the 10 tackles he has made was in the mid-third. He seems to be more fond of physically engaging attackers early on than dropping down for the hold-up play.

Speaking of his aerial ability, his stats are already incredible. His height along with his aggressive mindset, comes to his advantage while going into aerial duels. He already has a better win % in aerial duels than some of the best in the EPL and even comes close to that of Virgil van Djik who is considered to be one of the most dominant players in the air.

But tagging the young Frenchman world-class would be overstretching things a bit. There is no doubt the player has potential, but there is a lot of room for improvement. He has a number of weaknesses to work on to be able to be called world-class come his time.

Benoit Badiashile aforementioned aggressive mentality does make him standout, but it can be a bane occasionally. His eagerness to leave his post and venture into the midfield to take his man can prove to be disastrous if he makes the slightest of mistakes. By going further up the pitch to tackle the attacker Badiashile is leaving a large vacant space in the middle of the defence line. If he mistimes his tackle or the attacker is aware and tricky enough, he can easily be caught in no man’s land. This leaves his team in a dangerous position as this usually creates a 4v3 or 5v3 situation near the penalty box in favour of the attacking team.

Benoit Badiashile’s decision-making in terms of whether or not to commit to tackles at certain moments in the game, is an area where a lot of work has to be done. If he can keep his calm like he does when he is on the ball, he can surely pick his tackles more judiciously which will make him a more stable player.

What role is Benoit Badiashile going to play in Chelsea?

Chelsea signing Badiashile, a centre-back, when what they clearly need is an investment up front is a clear investment-for-the-future move by the Blues. The signing of the Frenchman is more motivated by ageing players in the backline like Thiago Silva and Azpilicueta rather than a situation of defensive instability. To state some facts, Chelsea has been the 4th best defensive side this season. Only Arsenal (14), Manchester City (16) and Newcastle United (11) have conceded less goals than the Blues (18). On the other hand, they are 12th in terms of goals scored and the team with the least number of goals in the top half of the table.

The Chelsea defensive line with Kalidou Koulibaly and Thiago Silva at its heart seems to be in control but they could definitely use some help. While the Brazilian has been the most stable player at the back for Chelsea this season, he too at times has been error prone like in the game against Brighton where the Blues conceded four times.

Cesar Azpilicueta is another player whose experience has helped Chelsea immensely over the last couple of seasons but age is beginning to tell on his physicality on the pitch. He is not that sharp anymore and does not have the speed to cover up for his mistakes. Him being outrun of the wings easily has been commonplace this season. Koulibaly on the other hand is still young enough to catch up with players but is way past his prime. To add to these individual defensive issues, the team has failed as a unit at defending set pieces conceding from corners a number of times recently.

What Badiashile brings to the table is probably a long-term fix to these issues. Aerial duels being his standout strength, the man from Monaco can play a role in putting Chelsea’s set-piece issues to bed. He is also considerably quick which will allow him to make up for mistakes in his positional play and decision-making, while he continues to work on and get better in these areas. His pace will also let the Blues play with a high line which will let incoming signings upfront to be more dangerous.

But this is not to say Badiashile will jump into the Chelsea backline immediately and offer an immediate solution to their troubles. In the words of French football expert and CBS Football correspondent Jonathan Johnson, “he is not Premier League ready, unlike Saliba or Fofana”. According to him, Badiashile is likely to “play the rotation and develop into a starting player”. Eurosport France’s Jean-Baptiste Duluc compares him to a former Monaco youth player Aurelien Tchouameni and says the 21-year-old is “more raw” and “not ready for a high level as Tchouameni was”. Whether or not he will prove his critics wrong will depend on how fast he develops in London and what kind of role Graham Potter has planned for him. 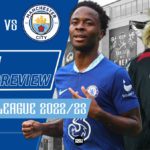 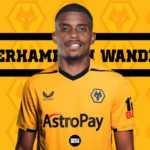 Wolves take a chance on Mario Lemina: Is the Nice midfielder worth the risk?
Leave a comment