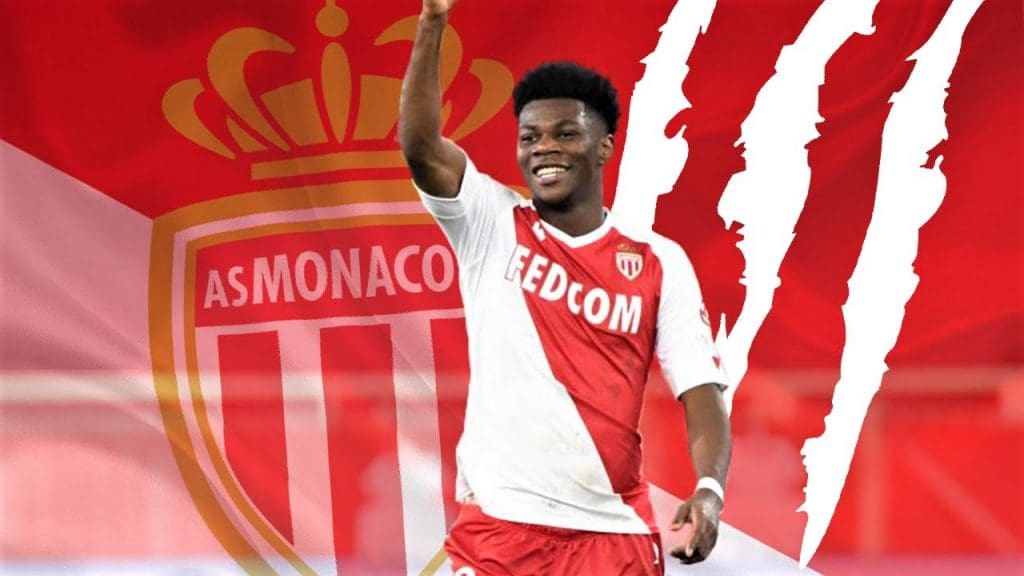 Aurelien Tchouameni, recently awarded as Ligue 1’s Young Player of the Season, is being eyed by Premier League club Chelsea. Tchouameni, 21, was instrumental for Monaco this season as the French side secured 3rd place in Ligue 1 and reached the finals of Coupe de France.

Chelsea are in the transfer window hunting for a defensive midfielder and now they have their eyes set on the young French midfielder. Thomas Tuchel was in the French League before his arrival in London and has closely monitored Tchouameni’s performance and thus could play an important role in the proceedings of the move.

He is a complete box-to-box midfielder who can play at any position in the midfield. He possesses all the traits that Tuchel looks in a midfielder and thus could ask the board to splash €40 million on the young French star.

Tchouameni has a strong presence in midfield and is well known for making timely tackles. His aerial presence has been admired by a lot and thus could be helpful for the Blues as no one in Chelsea midfield, as of now, can be classified as favorite to win aerial battles. Also his concentration and presence in the game makes him special, considering the fact that he is just 21.

Not just defensively, Aurelien Tchouameni is good with ball in his feet. Tuchel always wants that his midfielder has the ability to play long balls to the wings helping in quick transition from the back and Tchouameni is a very accomplished name in French Football for the same. His passing is even appreciated by one of Chelsea’s greatest ever midfielder, Csec Fabregas, who has shared the dressing room with the young Frenchman.

Complementing the youngster, Fabregas said, “From what I can see, and the will that he has, he has a bright future ahead of him. He can play anywhere in midfield and he will not have a problem. He can play as a No 6 alone, as a defensive midfielder, as a No 8, in a double 6. What he’s doing now, even in a year’s time, he could become a good No 10 if he wanted.”

Chelsea are eyeing the youngster as a Declan Rice alternative and according to some reports, they have even agreed personal terms with the player.