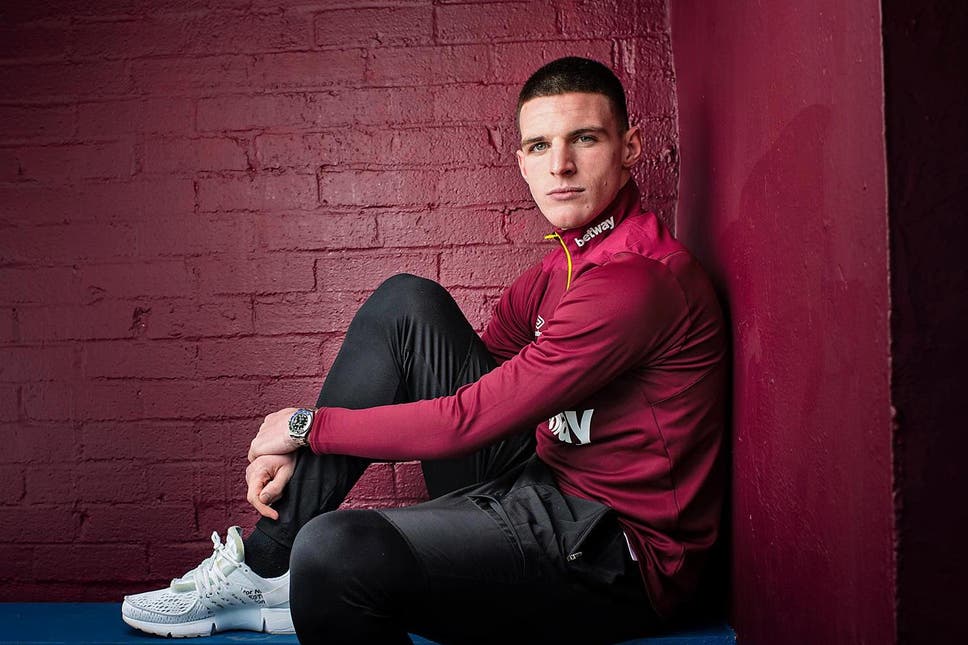 After a riveting end to the 2020/21 Premier League season, the next move for most clubs would be looking at securing deals for players who can strengthen their squad while the Top 6 clubs are also bound to spend big to cover the gap on Manchester City.

However, one must question whether some players are worth their huge price tags. For example – a Harry Kane could certainly be worth £150 million, however, the same cannot be said for any other out-and-out forward in the league, while very few players could also have such a hefty price tag.

This has led to most pundits and critics questioning whether West Ham midfielder Declan Rice is worth £80 million as Chelsea are reportedly are interested in bringing back their youth product to the club.

DECLAN RICE: ALL HYPE OR AN INVALUABLE ASSET?

Former Chelsea manager Frank Lampard was adamant about bringing Declan Rice to the club last summer as he thought he needed somebody of the Englishman’s ilk to beef up the midfield as he was not all impressed with what Jorginho was offering. West Ham priced Chelsea out of a move for the 22-year-old last summer by demanding £80 million, however, Chelsea have not cooled their interest in the midfielder, with current manager Thomas Tuchel also looking to bring Rice to Stamford Bridge in the summer.

This has led to people questioning whether the midfielder is worth all that money.

Statistically speaking, Declan Rice has been good this season, but he has not been the best in his position. The likes of Pierre Emile Hojbjerg, Yves Bissouma, Wilfried Ndidi, Fabinh0, Rodri, and N’Golo Kante have all had better seasons than the midfielder and none of them will be valued at £80 million by their respective clubs.

However, unlike the others, Declan Rice is relatively younger and suits the way West Ham plays. David Moyes’ side are not a possession-based side, which facilitates Declan Rice to sit in the center of the park and make interceptions or hit long-range passes to Michail Antonio, who is clinical on the counter-attack.

The argument to make here is whether Declan Rice is an £80 million player or is he just worth that much to West Ham United.

The latter seems more favourable and justifiable to the Englishman. Declan Rice was crucial in West Ham’s Champions League Top 4 race, however long that lasted. Against some of the bigger clubs, Rice has been influential in sniffing out the danger and stopping counter-attacks to develop into goals.

Declan Rice has completed the most passes for his team this season with a pass completion percentage of 89%, showcasing how he is at the epicenter of everything for the Hammers. Similarly, Rice has also made the third most tackles in his team, while his tackle success rate has been the best in the squad. In terms of interceptions, only Tomas Soucek has made more interceptions than Declan Rice. Rice has also succeeded in giving less than one foul away per 90mins this season, a feat very few players in the Premier League have achieved this season.

However, the midfielder has been guilty at times of being dribbled past too easily while his passing can also be used a lot more in the final third rather than passing sideways to the full-backs. Thus, all these statistics point towards the conclusion that although Declan Rice has the potential to become an £80 million player, he is still developing and might be valued at half his price currently.

Yet, West Ham will not look to budge upon their valuation because without Declan Rice, West Ham do not have a plan B in that role, and to buy a player of his quality will not come cheap. Moreover, selling him to a Premier League rival is half the reason why the Englishman’s value is as high as it is while they also know how badly Chelsea need the player.

Additionally, Rice’s contract also runs till June 2024 which means that West Ham can dictate his valuation for at least two more years. All these factors are important while setting a price tag, and West Ham are confident of churning out that money from a Premier League club should they choose to secure his services.

Chelsea, however, will also have some kind of leverage going into negotiations for the player this summer as West Ham are also interested in signing Chelsea striker Tammy Abraham this summer and the Blues could work out a player plus cash deal for Declan Rice. Rice is believed to be pushing for a move back to Stamford Bridge as he has a lot of former mates already playing at the club, including close friend Mason Mount.

The Blues will have to act fast as Manchester United are also reportedly interested in securing the 22-year-old’s services in the summer and the Red Devils could also work out a player plus cash deal by sending Jesse Lingard the other way, who has been impressive for West Ham this season.

Thus, Declan Rice may not be an £80 million player yet, however, his value to West Ham is considered to be worthy of such a hefty price tag, and one way or another, West Ham are planning on cashing in on the midfielder while they still can.

Tottenham Hotspur Third Kit for 2021/22 season LEAKED!!
What exactly is the Europa Conference League?
To Top