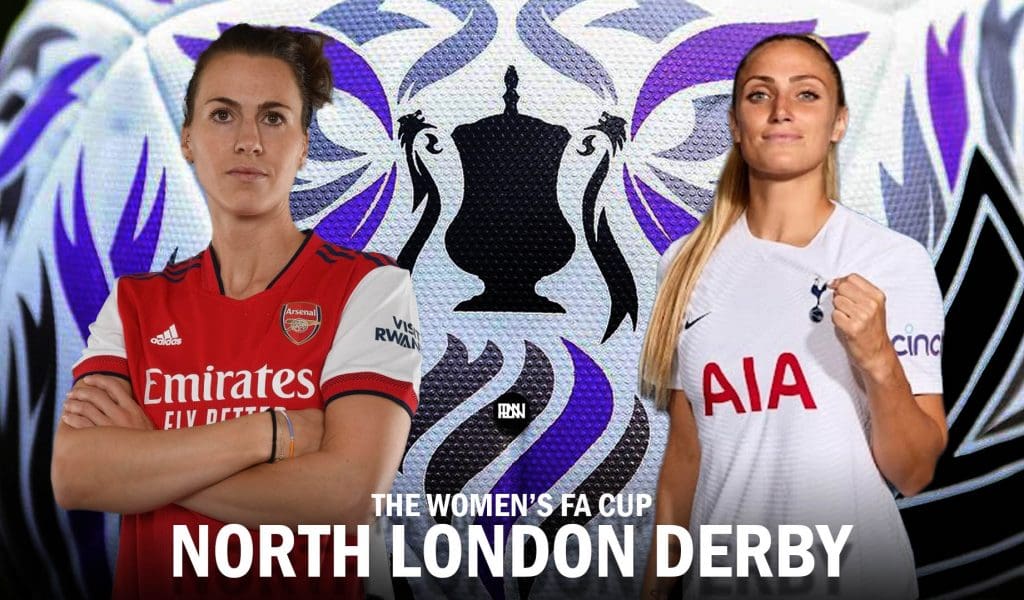 Arsenal and Spurs are the most bitter of rivals and are 2 very different sides. It seems like both clubs are looking to push on, and a win on Wednesday will secure a place in the FA Cup semi-final. Also, please note that this is from last season’s FA Cup as the tournament was postponed due to the Covid-19 pandemic.

Tottenham have won their opening three games of the new campaign, but Arsenal have done shows in more stunning fashion, beating defending Champions Chelsea 3-2, and also compressively beating runners up Manchester City 5-0. They also beat Reading 4-0, but that’s nothing new for the Gunners.

Spurs beat an amazing Manchester City side after a late winner came due to Rosella Ayane handball, and was then converted into the net by a City defender. They also beat Birmingham City and a team of similar ability in Reading.

The last time the two met was in a Mind Series friendly, where the Gunners beat the Lilywhites 4-0, with youngster Alex Hennesey netting a brace. However, with all the players at the Olympics back, will the situation change?

Arsenal have both Simone Boye and Malin Gut out through injuries which were prevalent a while ago. The only player unavailable for the Spurs is Simon Kyah. She picked up a hamstring injury in the game against Man City so she will be out for another couple of weeks.

The last 2 games between Spurs and Arsenal finished 3-0 and 4-0 to the Gunners, so you can see (with an improved squad) why many think this will be a cakewalk for the Gunners. Spurs and Arsenal have their confidence through the roof, but with Arsenal generally being the better side, is it more about quality.

Tottenham’s attack hasn’t been striking, with an own goal being the winner at City (and even that was set up due to a handball). So if you remove that, Spurs have scored 3 goals in 3 games, and if they could only score against one of the league’s worst teams (Birmingham City) once, how are they supposed to fare against one of the best in the world Arsenal?

But if we’re looking at Spurs’ alright attack, we have to look at why the matches have been high scoring for Arsenal, which is their brilliant front line and creative midfielders. Scoring 3 or more goals in their last 8 matches is no joke. Considering that that run was stopped due to a preseason friendly against one of the best in the world (Chelsea), you start to realise how good they truly are at getting from Manuela Zinsberger to Vivianne Miedema.

I love to pick new and unexpected picks for my key players, but I don’t think you can look past the goals which Viv provides. Currently the WSL top scorer, and also with 2 assists, Vivianne Miedema is truly an icon of Arsenal’s playstyle and is crucial to their WSL and UWCL challenge, and with 6 goals in 3 games in the WSL, she has started the season brilliantly for the Gunners. A brilliant player and a brilliant person, it’s clear for all to see how good she is.

Speaking when she hit 100 goals, she said, “To me, it’s just a number. It’s just another record or milestone that’s there to be broken and that’s the way I’ve always been. I’ve always treated records and landmarks as something to hit, be done with and then just move on. That’s how I feel right now and that’s what’s always worked for me. It’s just the way I am”. And I think that sums up her character very well. She works for the team, she plays for the team and she helps the team. Despite clearly being one of the best in the Arsenal squad, and in women’s football, she doesn’t let it get into her head and continues to wow crowds each and every week.

Shelina Zadorsky is a footballer who I wouldn’t expect to see at Spurs. A gold medalist at the Tokyo Olympics with Deanne Rose, the two are now on opposing teams. Zadorsky signed for Tottenham in January after spending half the season on loan. The 28-year-old made 9 appearances for Tottenham last season, looking assured at the back, and that’s exactly what Spurs need to win.