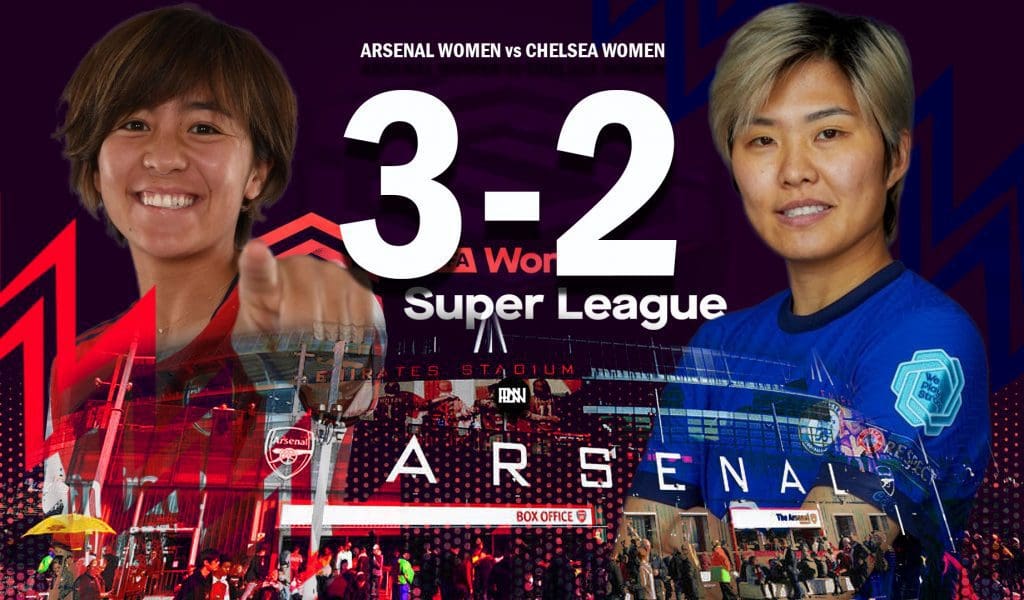 Match report of the highlight of opening WSL weekend, with Arsenal stunningly beating Chelsea at the Emirates Stadium.

Arsenal started the match in a 4-3-3, with McCabe operating as a fullback. Mana Iwabuchi operated out wide, as she has often featured centrally for Jonas Eidevall. Beth Mead is back in the side, and Caitlin Foord was ruled out due to a slight quad strain.

The Gunners started on the front foot and it wasn’t long before Vivianne Miedema was at it again! An excellent finish by Miedema as a ball comes through down the left-hand side and makes a run and looks toward the top right corner, which Charles tries to block, only for Miedema to strike it through her legs and into the bottom corner. Arsenal are dominating Chelsea and the Blues have been poor.

You could tell that Arsenal had started to crumble, with a certain goal blocked minutes before by Leah Williamson, but that wasn’t enough to get to the half-time whistle. Erin Cuthbert receives the ball on a platter with Jen Beattie losing her marker. 1-1.

Looking back at half-time, Arsenal have been superior with Chelsea looking abysmal in a back three, and Emma Hayes will surely change to a back four. The words must be so hard for Jonas Eidevall as a lapse in concentration is what caused the goal. Arsenal just needs to continue with the game plan and continue pressing high up the field.

The hosts started the second half on the front foot and they were at it again. Miedema picked up the ball deep and looked forward to Beth Mead. After a great through ball, Beth Mead lets the ball fly past her, chases it, and lets it fly. Was a show of quality there by Beth Mead. And it’s 2-1 to the Gunners.

Although Chelsea were pressing Arsenal for an equalizer, Mead had other plans. After receiving the ball, she runs past Berger, fake shots to remove a Chelsea defender from the goal-line, and taps it into the net! It’s the sort of thing that everyone thinks they can do, but it takes skill to achieve at the highest level. And whatever happened at half-time clearly worked, as it’s 3-1 to Arsenal!

But Chelsea aren’t going to give up! A great header from Pernille Harder meant that Chelsea were back into the match. She couldn’t have headed that ball any harder as it rockets into the back of the Arsenal net past a stunned Manu Zinsberger. Game on!

The Gunners defended deep with Chelsea turning up aggressively which was followed by some stunning defending from the likes of Beattie, Williamson, and Webben Moy. Kim Little and Viv should be highlighted as well for the holding role they played.

And its full time! Arsenal have done it. A massive three points on the table as Arsenal beat London rivals and title rivals Chelsea, in what surely was a sunny day in North London! 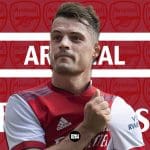 Granit Xhaka & the curious case of contract extension
Next Article 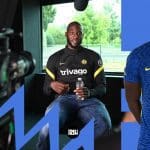 Romelu Lukaku: What does the Belgian bring to Chelsea? – Positional analysis
Leave a comment