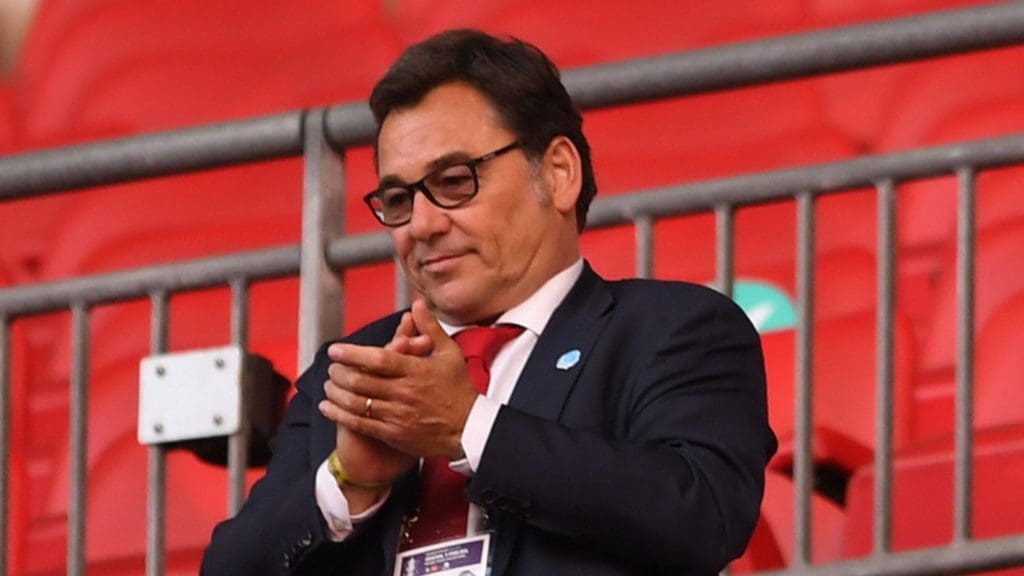 Arsenal’s head of football Raul Sanllehi has the club with managing director Vinai Venkatesham absorbing the vacant position, the club confirmed on their official website.

The former Barcelona director was appointed by the North London in November 2017 following the departure of Ivan Gazidis.

The official statement given by the club’s owner Stan Kroenke and son Josh read,

“Raul has made a big contribution during his time with us and will always be part of the Arsenal family. We thank him for all his hard work and expertise and wish him every future success. We have no doubt that Vinai is the right person to take the club forward. He has shown outstanding leadership during the current crisis and is held in high regard internally and externally. We know everyone will rally round him so we can move forward successfully.”

This decision comes days after the club announced plans to make 55 non-playing staff redundant which led to the departure of prominent figures in the scouting department as well.

Head of international recruitment Francis Cagigao, who discovered the likes of Hector Bellerin and Cesc Fabregas was one among the names let go by the club.

Sanllehi described Arsenal as a “true footballing institution” and said,

“I am proud to have been part of its history and I thank Stan and Josh Kroenke for this opportunity. Working with Vinai, we have built a top team for the future. Mikel [Arteta] has made an extremely positive impact since his arrival [as head coach] and has formed a strong team with our technical director, Edu. The academy is in very safe hands with Per [Mertesacker], and Huss Fahmy is a talented and highly-capable leader of our football operations. Personally, I now look forward to taking some time off and spending time with family and friends before setting to work on a new challenge and cheering Arsenal on to great things.”