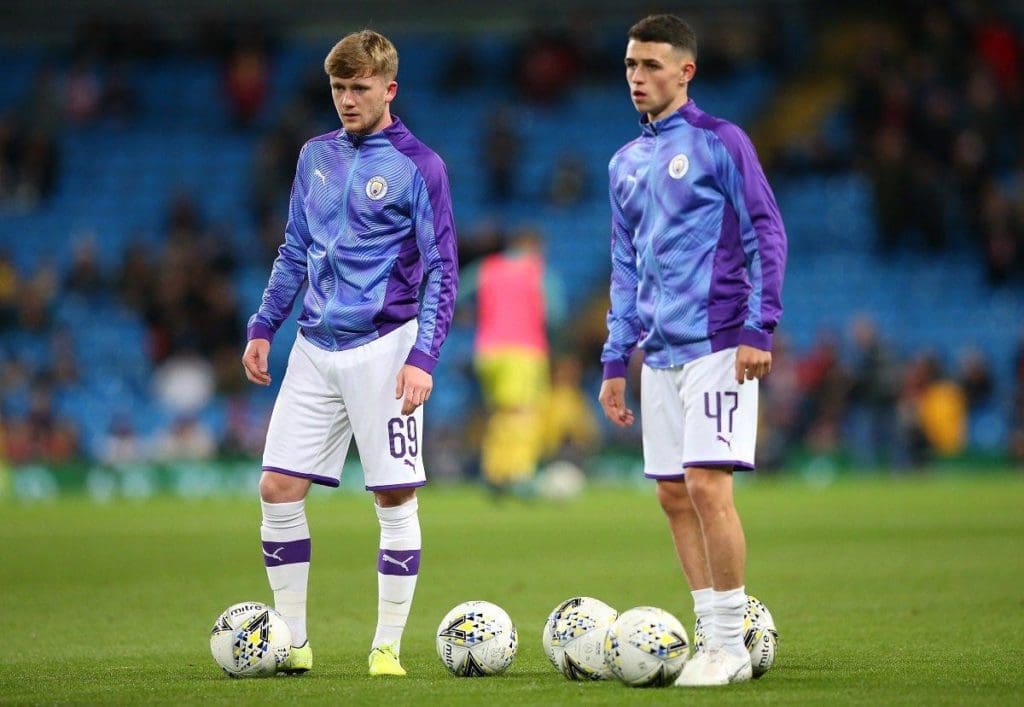 It’s about time now, the FA Cup is ready to be back. And Manchester City’s FA Cup campaign is restarting off with a blockbuster fixture against Newcastle United.

On one side, a team has had a mixed season and is fighting for a top ten finish. On the other side, there’s an experienced team fighting for European glory every season. Newcastle qualified for the FA Cup quarter-finals after beating West Brom. The Citizens sneaked past Sheffield Wednesday in the Round of 16 through the solitary goal from Sergio Aguero.

Sergio Aguero is unavailable to be picked for the next game after his surgery in Barcelona. Fernandinho was red-carded against Chelsea and his suspension will be carried to the FA Cup. All eyes are on the lineup that Pep Guardiola decides to deploy against the Magpies. Would he entrust the youth over regular starts? Let’s check out the youngsters who could feature against Newcastle tomorrow.

Foden missed Manchester City’s last game against Chelsea with a dead leg but he could recover in time to feature against Newcastle United. He hasn’t been an undisputed starter under Pep Guardiola in the Premier League this season but has got a lot of minutes as a substitute. He has featured 16 times for the Citizens in the Premier League with just four starts. However, he has started in City’s cup games and there’s a good chance of him starting over David Silva in the midfield.

Eric Garcia has started to feature under Pep this season and has four starts to his name. This has been possible due to Laporte’s injury and Kompany’s departure. With Otamendi and John Stones out of form, Pep has now turned his head towards the 19-year-old Spanish centre-back. He started City’s opening game of the resumed season against Arsenal and has missed some games since then due to a head injury. He is expected to start alongside Otamendi as the centre-back duo against the Magpies.

The 18-year-old English defender will make it to City’s squad for the game against Newcastle. Harwood-Bellis has played an important role for City in Premier League 2 and the UEFA Youth League this season. He has also made several senior team appearances in the FA Cup and the EFL Cup. He will not start in an important game but there’s a good chance of him getting some minutes if Pep wants a change at the back.

The 18-year-old young midfielder has made 18 Premier League 2 appearances this season and has also featured prominently in the UEFA Youth League. He also has seven goal contributions in both tournaments. Doyle has, however, made just two senior team appearances – on each in the FA Cup and the EFL Cup. He will not start, that’s for sure, but Pep may turn towards the bench for a substitution in the midfield and Doyle could gather some more minutes.