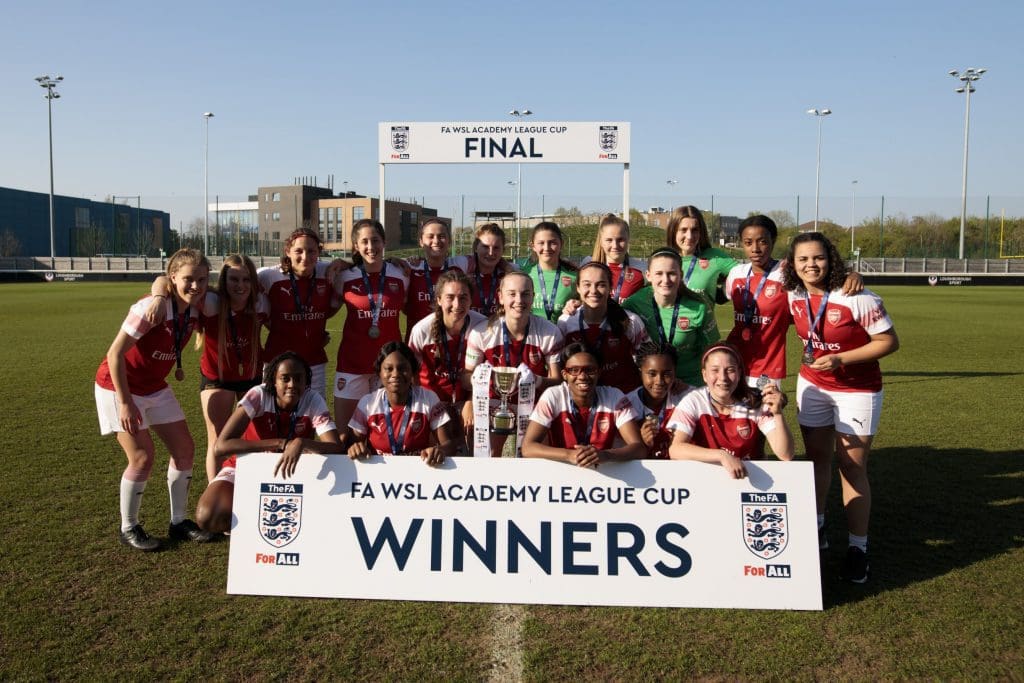 The Women’s Super League is developing well, with records such as highest attendance being smashed, with over 38,000 people filling up the Tottenham Hotspur Stadium. However, whilst strides have been made to improve the highest level, the very foundations of the women’s game hasn’t had the same support.

Gareth Taylor’s main argument was about the quality of the league and the club’s academy. However, based on the fact that in 2016-17 the Citizens won the league, Gareth Taylor should have a bunch of 20 to 23-year-olds ready to dominate the WSL at the moment. But that’s far from the case. I couldn’t find any information for their top scorer (Keeley-Shaye Goodwin), but some players I could find were the likes of Lucy Ashworth-Clifford (who now plays for Lewes in the Championship), Brenna McPartlan (who has moved to America to play college football for the LSU Tigers, Kaylea Cunliffe and Yvette Loukes (who both play for fourth-tier side FC United of Manchester). So, it seems that Gareth Taylor has a point, right? After all, these players were picked in order of top scorers for the title-winning side, so there’s no cherry-picking at all. However, I feel like I have a right to say, due to me picking the next 4 who had footballing careers, I missed out on a total of 7 players who currently play in the Championship or above, including the likes of Toni Duggan, Esme Morgan, and Abbie McManus. 8 out of 20 isn’t a bad ratio of players to play in the top two leagues now, is it?

But, a counterargument is extremely simple, it’s looking at the top scorers. Only 1 person (Melisa Filis) is currently playing in WSL, with the 19-year-old playing for both West Ham and Arsenal in a matter of years, but is currently at the Irons. She also played for Championship outfit Lewes in between the two London giants. You could also say that it should be emphasised that a top scorer from just 4 to 5 years ago is now untraceable in the footballing world is a shambles. After all, if there’s a way to prove a league’s quality, shouldn’t you look at its best?

So, I thought I’d run a little experiment, and look at the top 5 goalscorers in the 2013-14 season, as they would now be in their respective primes (24-27) and see how their careers have turned out.

The 2013/14 season had 2 winners, due to the league being split into northern and southern sections. Arsenal won the southern section, whereas Sunderland won the northern division. However, the top 5 scorers will be regardless of division, and just the top 10 overall.

We get off to a good start with Liverpool midfielder Carla Humphrey being top of the season’s goalscoring charts, with the 24-year-old netting an impressive 22 goals in 20 matches. She scored those goals whilst playing for Arsenal, but only made 8 appearances for the senior team, however, she still collected two goals. She then went to Doncaster Rovers Belles on loan, where she only netted 1 in her 15 matches. Humphrey then moved to where you probably know her best from, Bristol City, where she scored once and assisted twice in her 87 games for the club. After that spell was over, she moved to where we find her now, Liverpool.

Our next inclusion scored an impressive 20 goals in her 15 matches, and her name is Millie Farrow. Millie was playing for Chelsea at the time, however, the striker only had 3 matches to her name (where she scored once) before she was sent on loan to Bristol City. She was more successful for them, scoring 11 goals in 16 matches, which propelled the Robins into the WSL. Farrow decided to leave Chelsea and stay with the newly-promoted club for their new WSL campaign, but she only netted once in 9 games. She was then sold to Reading where she once again wasn’t that successful, but she was improving, with 3 goals in 14 matches. Millie then moved back to the Championship after contract expiry, and she moved back with an ambitious club in Leicester City but didn’t see the same results as she did the first time around, as she only scored 4 goals in 17 matches, and was overshadowed by that season’s top scorer, Natasha Flint. However, the team was promoted, but Millie wouldn’t have another chance to prove herself in the WSL, as she was sold to Crystal Palace, where she has netted once in 3 games so far.

Next up is the most successful story so far, and that is Manchester City’s Caroline Weir. Weir scored 15 goals in 12 matches, but wasn’t actually playing for the Citizens at the time, but instead Arsenal. Caroline joined the Gunners from Hibernian after finishing high school. With Kim Little making a similar move in 2008, it’s possible that a young Caroline wanted to emulate the now Arsenal skipper. After scoring 0 goals in 16 games, Arsenal let her go to Bristol City (then named Bristol Academy), where the Scottish midfielder/winger was much more successful. She scored 3 goals in 8 games for them, so after the side was relegated, she had no problems finding interest, and joined then WSL side Liverpool. Caroline Weir was a great signing for the Reds, as she fired 13 goals into the back of the net from 41 appearances and also took home up the 2016 Liverpool Player of the Year Award. After success at Liverpool, Manchester City came calling for the then 22-year old where she has stayed ever since. Now 26, Weir has also represented Scotland at the World Cup and European Championships and also went to the Tokyo Olympics with the Great Britain squad.

A less successful story in comparison is that of Academy League destroyer Natasha Baptiste. She scored a total of 41 goals in 40 games for Villa’s reserves over 4 seasons and came 4th, 7th, and 5th in the charts respectively. However, since this was a reserve team, she was already approaching her prime, as she was 23 years old by the season’s end. She stayed with the reserve team until 2017, which made her around 27 when she left. She then joined ISC Gunners in the WPSL but was injured for the majority of her season. Natasha joined Stoke City for the 2019/20 season. However, that is the last recorded information that I can find about her, but she is likely still with the Potters due to the transfer only taking place 2 years ago, making her 30 years old.

Last but certainly not least, Bethany Donoghue scored 11 goals in 23 matches for Liverpool’s academy that year, making her goal ratio significantly worse than others but for simplicity, it’s the goals that count. The now 27-year-old played at Liverpool’s Academy until 2016, where she seemingly took a year’s gap, before joining Sheffield FC. She played a game for their reserves, but after this, things get a bit unverifiable. Some sources say that this was the only match she ever played for the club, but some say she played another 6 for the first team. However, the latter seems more likely, so I’ll go with that one. Anyway, after a brief stint at Sheffield, she joined Blackburn Rovers, where she stayed for a season before joining Chorley, and then finally, joining where she plays now, AFC Fylde.

So, in conclusion, the league’s top 5 goalscorers with a mean age of 26 created 1 player in the WSL, 2 players in the Championship, and 2 in the FAWNL. Overall, not terrible, but definitely could be better.