It may not be the big-name striker signing Manchester United fans were hoping for this month, but Erik ten Hag is set to end up with a big man up-top as Burnley’s Dutch international striker Wout Weghorst edges closer to his dream Old Trafford move.

The 6ft6in hitman has travelled to the UK to complete the move, with medical tests and paperwork set to be completed in the next 12 hours, with United hoping to register Weghorst in time for the Manchester derby on Saturday.

Manchester United, Besiktas and Burnley have signed all documents for Wout Weghorst deal. Medical tests to take place within 24h after agreement completed on Tuesday. 🔴🤝 #MUFC

The 30-year-old had been on loan to Turkish giants Besiktas from Turf Moor this season, where he enjoyed a successful short spell, scoring eight goals and registering four assists in 16 Turkish Super Lig games.

It is reported that Manchester United will pay a loan fee and cover the player’s wages and the total package is in the region of £4m. If all goes to plan, the Dutch striker will train with the team before the weekend with United aiming to have him registered in time to be available for Saturday’s Manchester derby.

What will Weghorst bring to Old Trafford?

It is no secret that Ten Hag and his men have desperately needed a top-level striker, even before Cristiano Ronaldo walked out the Old Trafford doors in December.

The Red Devils have netted just 27 times in the league at the time of writing – that’s less than all the other clubs currently sitting in the Premier League top six, five less than the second-lowest Newcastle (32).

What Weghorst brings to Erik Ten Hag first and foremost is a penchant to score goals due to his sheer size and frightening penalty box presence, something United have desperately lacked for a while, with Anthony Martial still finding his feet after an injury.

12 goal involvements in 16 Turkish Super Lig games makes for impressive reading, but most importantly it highlights the swift impact Weghorst had made to a Besiktas side arguably underachieving so far in their domestic league.

Though, many will point to his unsuccessful spell with Burnley, who suffered relegation at the end of last season, where the Dutchman could only manage 2 goals from 20 Premier League games. However, those six months should not be the determining factor as to whether the former Wolfsburg man could be a success at Old Trafford. In fact, his broader play during that period provides telling clues as to what Ten Hag obviously wanted to bring to United’s attacking weaponry.

The 30-year-old fired shots on target only nine times from 25 attempts across his 20 appearances – equating to an eight-per-cent conversion rate or 728 minutes per goal. However, it’s important to point out, he was playing within a struggling Burnley side, barely making ends meet in terms of attacking play in the final third. It can be argued that when Weghorst came in, he provided more of a threat than Ashley Barnes, or Chris Wood before his move to Newcastle United.

What stands Weghorst out from his peers, though is his pressing intensity and off-the-ball work. Ten Hag, throughout his short time at the helm, has frequently called for his side to raise the intensity levels, their aggression both in possession and more crucially, out of it too.

Since their opening weekend defeats to Brighton & Hove Albion followed by the 4-0 Brentford drubbing, the Red Devils have remarkably improved their levels, but Ten Hag will be wanting more as they approach the crunch period of the season.

Much of the clamour for Ronaldo to be dropped before his departure was his lack of intensity and pressing when out of possession. In contrast, Weghorst excels in that area. The striker out-pressed every player in the division last term, averaging 48.7 per game – even pipping fellow workhorses in the likes of Pablo Fornals, Sean Longstaff and Dejan Kulusevski.

Weghorst’s per-90 average of 10.69km last season, ranked 24th out of all Premier League players that played over 680 minutes or more. Against Wolves last April, the Dutchman registered an astronomical 57 pressures — the most by a player in a single Premier League game that season. For a player of his size, and ilk, his hard work, intensity levels and pressing aggression are so unexpected.

It’s a weapon that will add so much to United’s play, especially off the ball. Ten Hag’s men rank tenth in the division for total high turnovers with 135, and yet they sit fourth, with 26, for high turnovers that lead to a shot suggesting that United are becoming very effective in Ten Hag’s counter-press, but they aren’t exerting it often enough.

Another element of his game that United fans will consider a rarity but equally so unique is his hold-up play. The above statistic for aerial duels won shows as much, but the towering striker provides an aerial outlet to win possession, claim long balls and hold up play for his onrushing attacking teammates.

Weghorst is the ideal reference point for his teammates, especially the quick outlets. He’s adept at one-twos around defensive obstacles or blocks but also puts in the hard yards, and engages his opposing centre-backs which crucially creates space for his wingers. Antony and Rashford are expected to raise their games with Weghorst in the team, which will be a welcome sight for the Old Trafford faithful.

But the 30-year-old is unlike any of your average tall and lanky forwards, he is excellent technically. His first touch is on point, rarely do you see balls bounce off him when they are punted over to him from distance. However, it’s his deceptive movement when in possession and his tremendous flexibility when trying to get out of tight spots. If you need any evidence, just check his goal in his second game for Burnley against potential new employers early last year.

His magnificent turn away from both Harry Maguire and Scott McTominay in the build-up to the equaliser in a 1-1 draw was simply out of the top draw.

Finally, Weghorst’s stature and aerial dominance will be a key component on set-pieces for Manchester United – they have also lacked potency from them for a long while too. United have only netted four goals from set-pieces in the Premier League during this campaign. For context, only Everton have registered fewer (2) in the division so far this campaign.

The Old Trafford faithful will certainly be tired of quick fixes, especially in the no.9 department, having secured short-term deals for a number of forwards over the years to paper over cracks in the team. But this one certainly feels different, and their current winning streak of eight consecutive games is a contributing factor. Hopefully, the addition of Weghorst will enhance their form and potency in attack, and who knows, the Dutchman may well prove the telling difference in the Red Devils finally ending their frustrating six-year trophy drought. 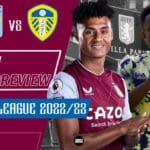