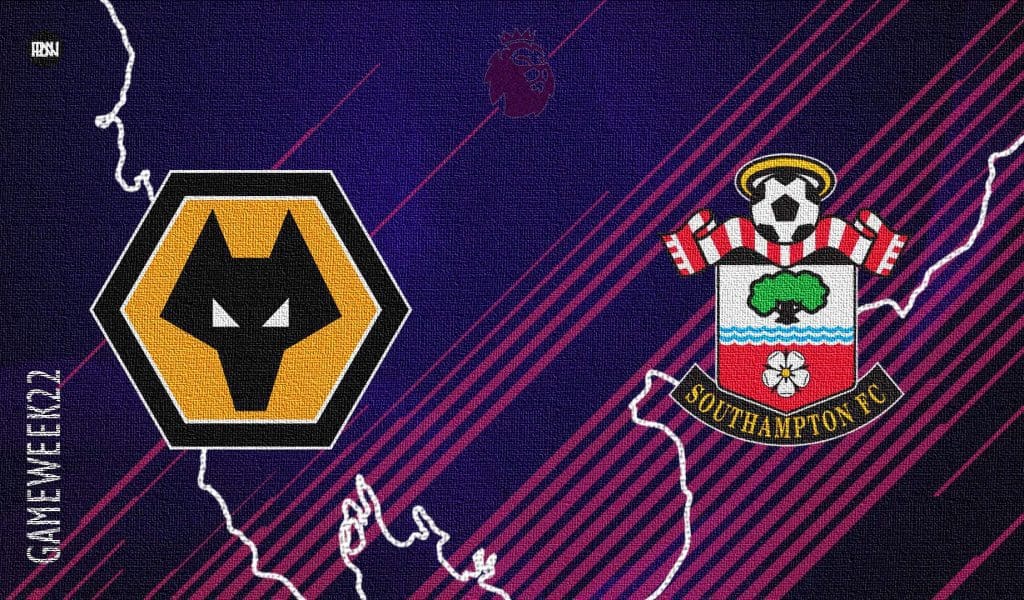 Wolves have been gradually collecting up points for some time now, with Bruno Lage’s side presently eighth in the rankings, just three points below seventh-placed Manchester United, thus they may be regarded in the top-four hunt.

The Wolverhampton outfit have managed to pick up seven points from their last three league games, with victories against Brighton & Hove Albion and Manchester United, as well as a point shared with Chelsea at home. Wolves have also advanced to the fourth round of the FA Cup on Sunday, after defeating Sheffield United 3-0, with Lage’s side scheduled to face Norwich City in the following round in early February.

The hosts have triumphed over Southampton in their last two meetings, including a 1-0 victory at St Mary’s early in the season, in which Raul Jimenez scored the game’s only goal. Wolves finished a mediocre 13th in the league last season, but Lage has generated a strong impact in his first season in charge, and a win on Saturday would improve their European ambitions.

Southampton, on the other hand, will be coming off a 4-1 win over Brentford on Tuesday night, which took them up to 11th place in the Premier League table. Saints have endured their problems this season, but they are presently 13 points away from the drop and only four points behind eighth-placed Wolves, so Saturday’s match is crucial for both teams.

In all competitions, Ralph Hasenhuttl’s squad is undefeated in their past five games, drawing with Crystal Palace and Tottenham Hotspur in the league, defeating West Ham and Brentford in the FA Cup, and defeating Swansea City 3-2 on January 8.

Southampton, on the other hand, will face Manchester City, Tottenham Hotspur, and Manchester United in their next three league games. The Saints have struggled to find stability on the road this season, collecting  just nine points from eleven games, although they did overcome Wolves in the FA Cup last season at Molineux.

Wolves will be without two of their first choice center-backs in Willy Boly and Romain Saiss, as they represent their respective nations at AFCON. They will also remain without Yerson Mosquera, Pedro Neto, Hwang Hee-Chan and, Jonny Castro as they are all sidelined with injuries.

With Daniel Podence and Trincao certain to line up behind Jimenez, Adama Traore, who has been linked with a move away from Molineux, is uncertain to be selected for a start in the final third.

In midfield, Ruben Neves and Joao Moutinho are both in fine form, while Saiss’ unavailability at the back could allow Leander Dendoncker to play in a three-man defense.

Southampton will be without Valentino Livramento and William Smallbone owing to illness, while Kyle Walker-Peters is a concern due to COVID-19.

Moussa Djenepo is absent owing to his participation in the Africa Cup of Nations, while Alex McCarthy is a doubt due to a thigh injury. However, Armando Broja should be able to start despite a head ailment.

Last time out, Che Adams came off the bench to strike against Brentford and might possibly start in the final third, although Hasenhuttl is anticipated to remain in his 3-5-2 shape.

A battle for the European spots?

Wolves have been silently gaining back their momentum and are on track to repeat the heroics of the 2019/20 season where they finished 7th in the Premier League table and went on to qualify for the subsequent season’s Europa League quarter-finals.

Bruno Lage has helped manage the Wolves to a newfound stability in their shape and has also heavily improved their defensive numbers when compared to the other teams in the league. While they might have scored the second-least amount of goals in the league, they have also conceded the second-least amount of goals this season. They are just a win away from occupying the seventh spot and could surely be on their way to yet another successful year in the Premier League.

Southampton, meanwhile, are on a run of their own. They have not lost in their past four league games and are in the eleventh spot on the table. They are however just four points away from Wolves and the matchup this weekend should nonetheless be interesting as it will be a cagey tactical battle between two defensively solid, 442-influenced managers. However, this does seem like a game where both the managers are likely to employ a more attacking approach with Lage using his trusty 3-4-3 and Hasenhüttl using a 3-5-2.

With Willy Boly and Romain Saiss both out on international duty while representing their nations at AFCON, the main defensive responsibility falls on Conor Coady, Leander Dendoncker, and Max Kilman. Kilman, however, has been the standout performer out of this Wolves team.

The 24-year-old can be considered one of the main reasons for the Wolverhampton outfit’s defensive resilience and compactness this season. Kilman has performed his duties as a wide center-back extremely well and has helped Wolves maintain a healthy defensive record of just 14 goals conceded in the league this season.

An exceptional dead-ball specialist, Ward-Prowse, has now also been asked to provide more upfront and he has done exactly that. The Englishman has scored five goals and assisted two in eighteen league games this season. It will be interesting to see how Wolves, a solid team when it comes to defending set-pieces, fend off the threat posed by James Ward-Prowse’s extraordinary dead-ball talent and the Saints’ underrated attack.