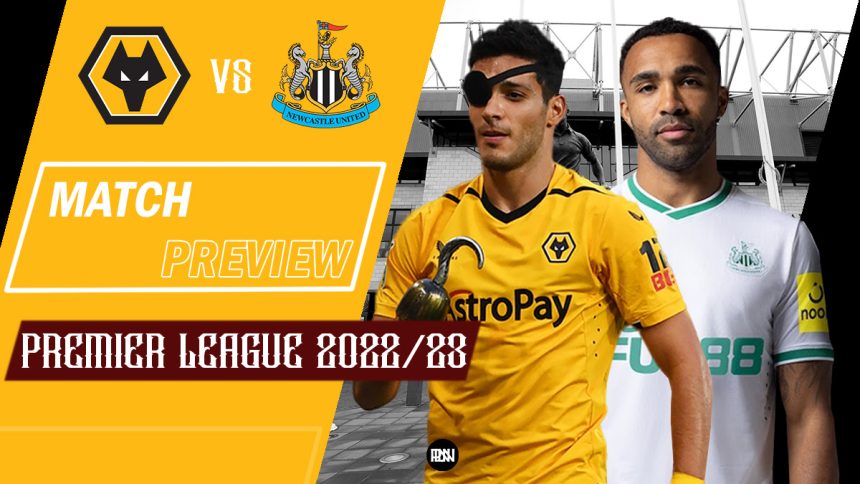 It’s matchday 4 in the Premier League and Newcastle United travel to Wolverhampton to face Bruno Lage’s Wolves side in an exciting Sunday afternoon kickoff. Both the teams have had a busy summer with transfers and have had contrasting start to their seasons. Eddie Howe’s Newcastle are off to an unbeaten start in the Premier League having picked up 5 points out of the possible 9. One win and two draws of which one was a thrilling 3-3 draw against champions Manchester City at home.

Wolverhampton Wanderers’ start to the season hasn’t been what the fans would have expected with only 1 point on the board after the first 3 games. The new signings Goncalo Guedes and Matheus Nunes looked impressive on their debuts last time out in the 1-0 defeat to Tottenham Hotspur where their side looked in control in the first 45 minutes. Lage’s men will have to start picking up pace in the league and the encounter at Molineux on Sunday is the perfect opportunity to get their first win of the campaign.

Eddie Howe confirmed in his pre-match press conference that club talisman Callum Wilson will be out for the next 3 weeks after picking up an injury. New signing Alexander Isak will be on the bench after the Swedish striker completed his move from Real Sociedad in a deal worth 65 million pounds. Dan Burn and Matt Targett are match fit and could feature in the starting XI for the Magpies.

Raul Jimenez made his injury return during Wolves’ EFL cup 2nd round triumph against Preston North End and was on the scoresheet for his side. The Mexican is in contention to start on Sunday which would be his first appearance this season. There are no other injury concerns for Bruno Lage who will be having a fully fit first team for the match.

Wolves suffered a 1-0 loss to Spurs in their last game even though they were the better side for the majority of the game. The new signings Goncalo Guedes and Matheus Nunes look promising for Bruno Lage as the Portuguese coach opted for a very different system. On paper, Wolves started in a 3-5-2 formation but during the game, they kept switching between a 3-4-3/4-3-3 to pin the Spurs’ wingbacks who push high when attacking. A similar system could be used again for the game against Newcastle United to nullify their attacking trio of Allan Saint-Maximin, Chris Wood and Miguel Almiron. Rayan Ait-Nouri will have to be at the top of his game to stop Saint-Maximin from having any influence in the final third.

Newcastle’s tactical approach to the game would be similar to the Manchester City game where Howe’s side looked exceptional. The midfield of Bruno Guimares, Joe Willock and Joelinton was on top of their game with the trio completely dominating the middle of the park giving the City midfielders no space to have their influence on the game. New signing Sven Botman was impressive on his home debut and marshalled Erling Haaland throughout the game even though the Norwegian managed to get on the scoresheet. The Wolves’ attack hasn’t looked convincing during their first 3 games even though they cannot be underestimated. The pace of Goncalo Guedes and Neto on the wings could be a threat for the Newcastle defence and the game overall will be an interesting watch for neutral fans.

The Mexican no.9’s absence was evident in the Wolves’ opening 3 games as his side lacked a physical presence up top to cause trouble in the opposition’s box. The 31-year-old will be a player the Newcastle defence will have to be aware of as the Mexican has a good record against the Magpies with 2 goals and one assist in 6 appearances against them.

The Frenchman is a threat for every opponent he faces as the 25-year-old’s dribbling and the pace is a headache for the defenders. He has contributed to 40% of Newcastle’s goals this season with 2 assists in the first three games. Saint-Maximin is averaging 8.45 progressive carries per 90 and 4.22 dribbles per 90 this season which highlight his influence in Newcastle’s build-up play which would be useful to break down the Wolves’ defence. 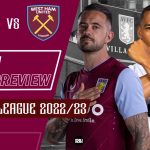 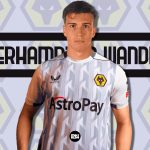