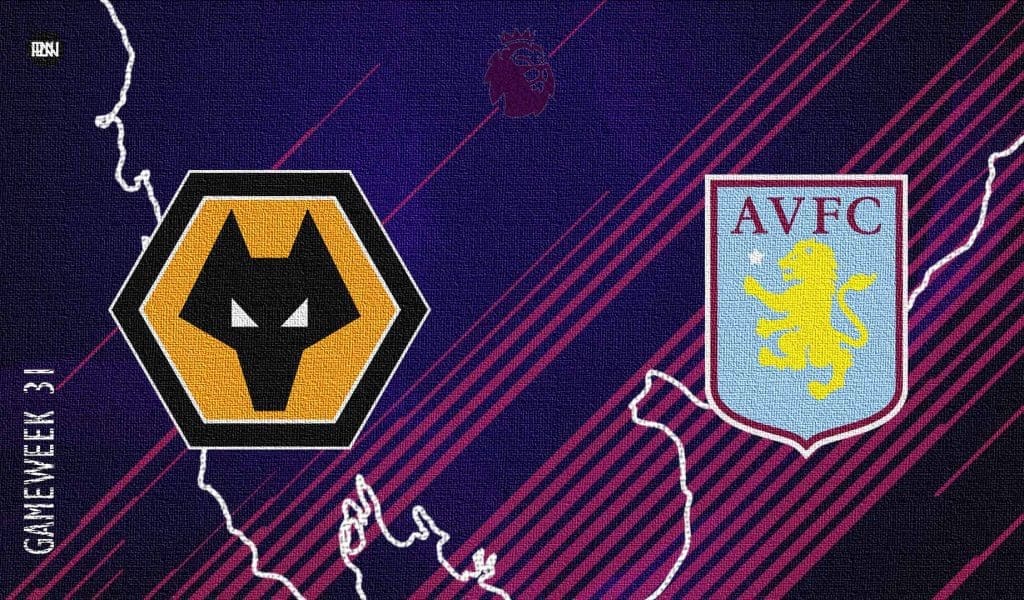 Premier League football is back after an international break with eight placed Wolverhampton Wanderers taking on Aston Villa at the Molineux Stadium. Both the teams went into the break as losing teams as Wolves lost to relegation-threatened side Leeds United in a classic as right-back Luke Ayling scored in the stoppage time while Villa were comfortably the second-best team against Arsenal.

After receiving his marching orders from Kevin Friend, Raul Jimenez will now sit out of this fixture, so Hwang Hee-chan is likely to link up with Francisco Trincao and Daniel Podence. Ruben Neves will not be a part of the Black Country derby after suffering a medial collateral ligament injury to his knee in the last game while  Ki-Jana Hoever,  Nelson Semedo and Pedro Neto are also not available for this fixture. In-form Max Kilman will make his return for the game after Bruno Lege gave him a rest to bring in Willy Boly.

Steven Gerrard has confirmed the injury to Marvelous Nakamba and he will not be a part of the matchday squad while Kortney Hause remains doubtful with his abdominal problem.

Wolverhampton Wanderers are one of the league’s best defensive teams with just them conceding just 26 goals this season as they divert their attention to qualify for the UEFA Europa League for the next season. But the last game against Leeds United will come as a big reminder to Bruno Lage’s team to not take their foot off the gas.

Goals are still a problem for the Wolves but if the last match’s second half showed some weaknesses in the defence, the first half showed some positives one of them being FC Barcelona’s loanee Francisco Trincão. The Portuguese showed a glimpse of the talent everyone has been raving about. Both the goals scored had Trincão’s contribution scoring one and assisting the other while also hitting the woodwork once. The 7-capped international will take a lot of confidence from his previous appearance and is now likely to start with Hwang Hee-chan and Daniel Podence with Raul Jimenez missing out after getting sent off in the last match.

The 21/22 season has been pretty inconsistent for Aston Villa. After sacking Dean Smith, the club turned to Liverpool legend and Rangers manager Steven Gerrard. And the results have been mixed so far with Gerrard’s side winning eight, losing nine and drawing two in the 19 games. They sit one place below Wolves and their goal now would be to finish in the top half of the league table. Consistency is something that the former Liverpool captain’s team need to start developing as they have lost consecutive games against London clubs West Ham and Arsenal after winning four on the bounce. Villa’s defence now looks a little bit less leaky after letting just 8 goals in as many matches while the attack has performed decently scoring 13 goals in the last eight matches. Villa will need their Brazilian magician Phillipe Coutinho once more if they were to unlock this tight Wolves defence.

Coutinho’s arrival to Villa Park was met with a lot of skepticism but the magician has taken little time to silence his doubters providing 7 goal contributions in just 10 Premier League matches. All his statistics from his time at Nou Camp are up. But Arsenal did well to contain him in the last game, with Coutinho taking just one shot way below his season average of 3.7 and completing zero dribbles from his average of 2.4. Aston Villa needs their star performer once more if they need to ensure all three points at the Molineux Stadium.

How Max Kilman did not receive a call up for England’s first-team squad is a bit of mystery. The Chelsea born defender has been of the ‘finds’ of the 21/22 season. We saw the massive drop-off when Lage chose to rest Kilman in favour of giving some game time to Willy Boly. Boly made 71 touches throughout the entire game and gave the ball every 3.9 times and completed the game with a mediocre 75% pass success rate compared to Max’s 85%  for the entire season. It is clear why Kilman is the clear choice for the right-back role. He is one of the primary reasons for the Wolves’ outstanding defence making 3.2 tackles & interceptions and 3.5 clearances per game. Also, he is one of the biggest carriers in the side with 3.67 carries per match.