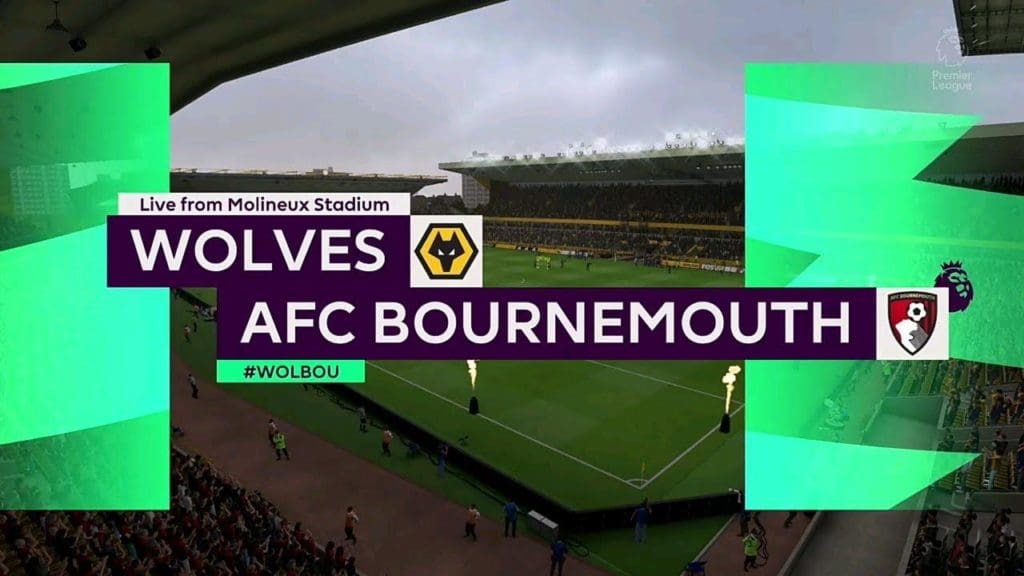 Wolverhampton Wanderers return to the Molineux as they host relegation-threatened AFC Bournemouth after beating West Ham United to 2-0 at the London Stadium on Saturday.

Wolves will look to continue their unbeaten league record to seven games, while Bournemouth are winless in their last five matches putting them in the relegation zone and will be eager to reverse their record with a win on Wednesday.

Nuno Espírito Santo’s side are currently leveled on points with Manchester United with 46 points, but the latter are placed on top due to a better goal difference.

Bournemouth on the other hand are among the three relegation teams, but separated on goal difference with 17th placed West Ham United.

A win for both teams could move Wolves ahead of United and Bournemouth out of relegation ahead of West Ham.

Eddie Howe’s side were defeated in their last game against Nuno’s side in a 2-1 loss with both Raul Jimenez and Joao Moutinho on target for Wolves.

In terms of their current form, Howe’s men are unlikely to pull up a win at the Molineux as they have a bad away record, losing all previous five away matches.

Meanwhile, Wolves have lost just once in their last five home games, with three draws and a win.

The fitness of Adama Troare is much more better after coming off from bench to assists Jimenez for Wolves’ first goal last weekend, and the winger is likely to be recalled into the starting lineup.

Nuno Espirito Santo will possibly retain his lineup with Troare in for a start.

Josh King was later redrawn against Crystal Palace due to a problem in his ankle and he is likely to be ruled out against Wolves.

David Brooks could also make an appearance off the bench after gaining fitness as Howe would not risk him further.

Pep Guardiola reaffirms his decision to back Phil Foden
How can Wolves lineup against AFC Bournemouth?
To Top