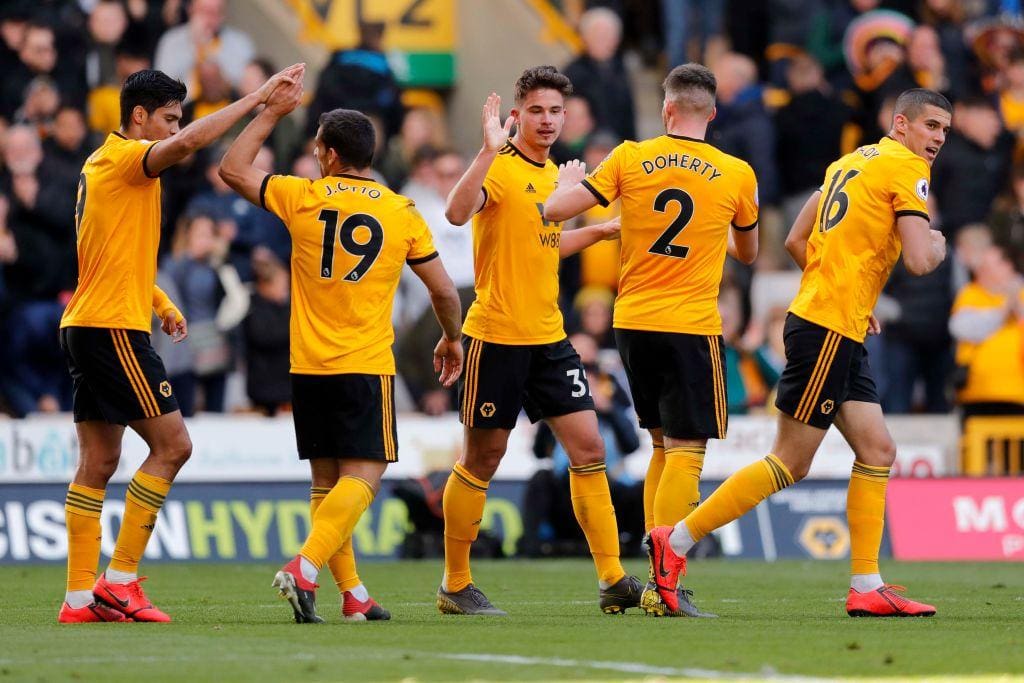 Wolves host Everton on Sunday at Molineux Stadium in their 35th Premier League of the season.

In one of the best weekend fixtures, 6th placed Wolves face 11th placed Everton at home. Wolves have been in an exciting form since the resumption of the Premier League last month. They won three consecutive games of the resumed season but lost at home to Arsenal last weekend. They again lost against Sheffield on Sunday as their hopes of making the top four comes down. They have conceded three goals in their last five games. The defeat against Arsenal ended the Wolves’ eight-game unbeaten streak in the Premier League.

Two injuries for Nuno Esperito Santo for the game against Everton. Traore was ineffective against the Gunners and has now dislocated his shoulder. Pedro Neto is also doubtful due to a knock. With Nuno deploying a five-man midfield, Diogo Jota could feature in the lineup. A win against Everton would move them closer to the top five. All eyes are on the lineup that Nuno decides to deploy against the Merseyside based club.

Rui Patricio remains the undisputed choice for Nuno against Sheffield. He has started all 34 Premier League games this season and has managed 11 clean sheets so far. Additionally, he has made 85 saves in PL.

At the left centre-back position, Romain Saïss gets the nod as usual. He has featured 30 times in the Premier League under Nuno. He has been an important part of the Wolves squad since joining from Angers in 2016 and has made over 140 appearances for Wolves.

Willy Boly has started 18 games this season and was a consistent starter prior to the lockdown. He has a tackle success rate of 56% and has 29 interceptions in the league. He is expected to start on the right.

Skipper Conor Coady will start alongside Saiss and Boly in the three centre-back formations. He has started all 34 games this season under Nuno and will make his 232nd league appearance against the Toffees. The Englishman has really matured into an able and physically imposing defender and is adept at tackles and aerials since joining the club. The defender will have to deal with the attacking duo of Richarlison and Calvert-Lewin.

Ruben Neves to start as a pivot in the five-man midfield. Neves has probably been Wolves’ best player under Nuno Esperito Santo and has really proven his worth, showcasing his passing skills and putting in a great defensive display as well. He has been an integral part of the club since 2017 as he helped his side gain promotion to the top-flight in his first season.

Joao Moutinho and Leander Dendocker will start as the central midfielders alongside Neves. Neves’ defensive role will allow Moutinho and Dendocker to move ahead with the ball and create chances for the attackers upfront. The duo will play a key role in Wolves’ push for a European spot in the remaining fixtures. Moutinho has scored one goal and six assists so far and Dendocker has three goals.

Jonny and Matt Doherty take up the wide midfield roles. Jonny will start as the left-midfielder and Doherty will play on the right. Doherty has four goals and two assists this season in the PL and will be looking forward to providing quality ball for the attackers against Ancelotti’s Everton on Sunday.

Diogo Jota and Raul Jimenez are expected to get the nod against Everton. Traore’s performance against the Gunners last weekend wasn’t convincing and is now out due to an injury. Jota might get to start alongside the Mexican striker. Raul has played all 34 games under Esperito Santo and has scored 15 goals in the Premier League. He also has six assists in this campaign. He will lead the frontline for the Wolves against the Toffees and Nuno will expect him to continue doing the same in an important away game. 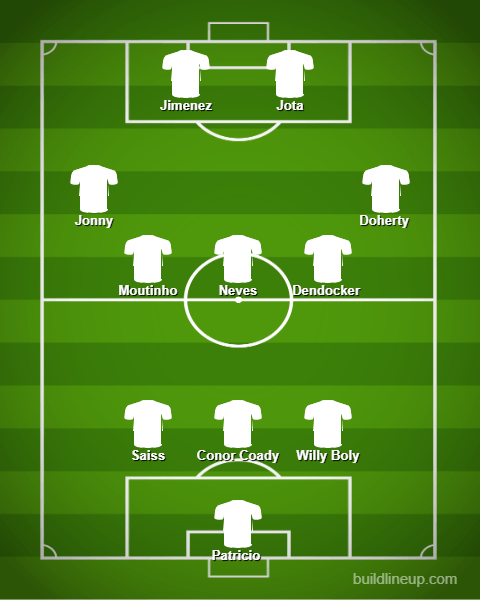 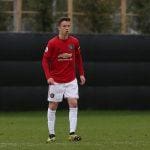 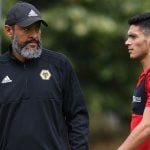