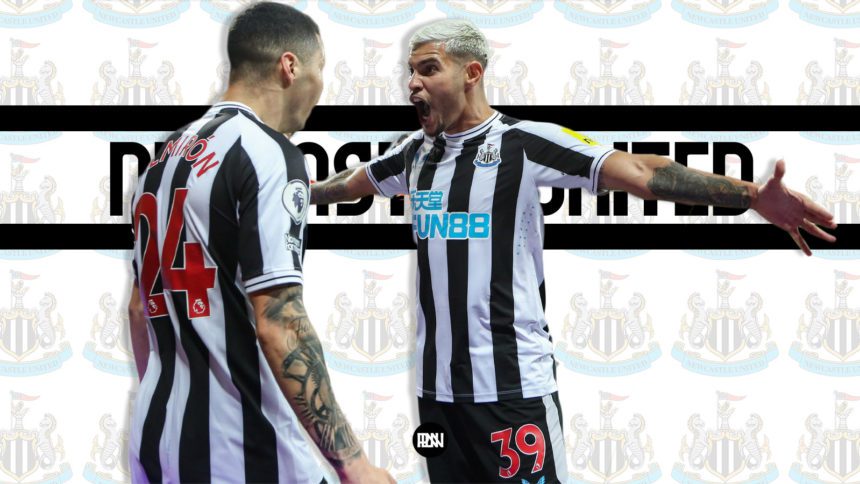 Newcastle United continued their impressive early start to the 2022/23 Premier League campaign with a stunning victory at Tottenham Hotspur to climb into the top four.

The Magpies took the lead in controversial circumstances with Callum Wilson finding the net with an excellent lob from outside the box after colliding with the onrushing Hugo Lloris. The goal was awarded after a lengthy VAR intervention which found that Wilson and Lloris was just coming together rather than the Newcastle United striker fouling the Spurs goalkeeper.

There was nothing controversial about the second goal, as Sean Longstaff intercepted Lloris’ bad ball to Ryan Sessegnon before Miguel Almiron masterfully dribbled past the Spurs defenders before blasting under the unfortunate Tottenham Hotspur goalie for his fifth goal in five league games.

Spurs pulled one back through Harry Kane’s low header from close range following a corner early in the second-half but the Magpies held onto record an impressive statement win which means they still remain unbeaten since August – seven games without defeat – climbing into the Premier League top four.

It is a stark progression for the Toon Army, considering their worrying downward spiral before the infamous Saudi takeover this time last year. However, since the Eddie Howe appointment soon after the PIF investment, the club have steadily undergone a stunning upward trajectory, and that is showing clearly behind the scenes on Tyneside and more importantly on the pitch.

Results against Premier League’s so called ‘Big Six’ so far…

Newcastle United didn’t just come to North London to sit back and snatch a draw or a win, they came to play football, and at times during Sunday’s encounter, Howe’s men indeed played Spurs off the park. Such intent, purpose and attacking mentality is a far cry from the days of Steve Bruce and Rafael Benitez when the Toon were expected to park the bus, soak up pressure and hit teams on the counter. They are now a team capable of taking the game to their opponents, no matter their standing in the Premier League natural order.

They took the game to Liverpool at Anfield back in August – the last time they tasted defeat in the top flight this season, also performed impressively against Pep Guardiola’s Erling Haaland-infested Manchester City side, as the Citizens clawed their way back from 3-1 down to draw 3-3. The 0-0 draw at Old Trafford this month wasn’t a freak result either, in fact, Howe’s men were unlucky to come home with just a point after creating numerous opportunities.

This weekend’s win over Spurs is a serious statement sent by Eddie Howe and his team. Antonio Conte admitted recently that Newcastle’s time is now — that they are a “danger” for the top-flight’s established elite in both “the present and the future”. Dan Ashworth, their sporting director, recently stated that the club “has no ceiling”, which Toon Army fans will meet with such glaring smiles and excitement.

The 2-1 win on Spurs’ own turf, consigning them to their first home defeat since the end of last season was thoroughly deserved. Newcastle United were better physically, tactically and simply smarter than their opponents.

Eddie Howe’s side’s tremendous upward trajectory are reflected in the finer details on the pitch, the small margins as in their build-up structure with the former Bournemouth coach purposefully deploying the likes of Dan Burn, Fabian Schar, Sven Botman and Kieran Trippier in his back-four due to their specific unique attributes in possession in order to incisively build-up around Spurs’ 3-5-2 shape and disrupt their mid-block. Much of the focus against Spurs was on accessing the wide channels with switches to Trippier & Burn. Then direct balls from those wide channels into Joelinton, Almirón & Wilson running in-behind.

One opportunity was created through this avenue when Schar expertly executed a diagonal ball which pierced the Spurs back-line to play through Joelinton but his progress was timely halted by Emerson Royal.

It’s also reflected in their pressing structure too, as clearly shown through their second goal against Spurs.

Because of Howe and his staff, Newcastle are now very tactically innovative and proactive rather than reactionary as they were under Bruce and Benitez, they are evidently now a well-coached and a much more complete unit. It’s really hard to believe that the Magpies crumbled to a 5-1 defeat on the same ground just six months ago.

Newcastle United’s improvement: What do the numbers say?

No top-flight team have lost fewer matches (one) than Newcastle. In each of the past three seasons that Newcastle have recorded just a solitary defeat in their opening 12 Premier League matches — 1994-95, 1995-96 and 2011-12 — they have gone on to finish in the top six.

Crucially, the Tyneside outfit have picked up the fifth most points (59) of any Premier League side this calendar year. Only Manchester City, Liverpool, Spurs and Arsenal have picked up more.

Most Premier League points won in 2022:

This is a team going from strength to strength. They are a more well-rounded unit now, much better physically and mentally and have garnered a resilience and toughness that almost seemed foreign and impossible to them this time last year, and credit must be given to Eddie Howe and his staff.

Also, crucially there are improvements in their statistics on the pitch too. In their possession stats, the Magpies are a much better team on the ball in comparison to previous seasons.

For example, their possession stats in the 2019/20 campaign, they averaged 38% possession in which they ranked 20% out of the rest of the top flight, which increased by one percent the following seasons. During this campaign, that number has risen considerably to 51% which ranks them 10th in the league so far. And that is simply down to the tremendous detailed coaching and philosophy of Howe and his second-hand man Jason Tindall. As mentioned previously, the Toon are now a more proactive team, taking the game to opponents, by having much of the ball but also possessing the capabilities to hit it long with intent rather than loosely.

There are improvements in their high turnovers too, the 2019/20 campaign saw them record on average a very low 4.5 high turnovers across the campaign, which again ranked them 20th in the league. They sat back, soaked up the pressure and countered. Now, the Magpies are pressing and hustling teams high up the pitch, with the intention of winning it back and then forming chances, which they are performing with great aplomb, ranking 1st in the whole division so far with an impressive average of 10.6 high turnovers.

It’s also important to note, that this is just the start of the club’s transformation, especially recruitment wise. The signings of Bruno Guimaraes, Nick Pope, Sven Botman and Trippier have provided Howe with the perfect springboard for the club to continue investing heavily in order to match the likes of Manchester City, Liverpool and Chelsea. Remember, they still possess the likes of another new signing in Alexander Isak and club icon Allan Saint-Maximin still to return from injury very soon.

While those additions have vastly improved the club, it’s what Howe is doing to the players who were once considered not good enough to become cogs in the Magpies’ new and improved era. The sign of a good manager is improving and getting the best out of the players he has at his disposal. Eddie Howe is fulfilling that responsibility brilliantly.

The likes of Joelinton, Miguel Almiron, Sean Longstaff, Fabian Schar, and Jacob Murphy have all undergone such footballing fairytale turnarounds in recent months, none more impressively than Almiron.

The Paraguayan international recorded his sixth goal of the season against Tottenham Hotspur with yet another dazzling and flawless technicality. Dribbling his way past Clement Lenglet with such damning ease and precision before coolly slotting the ball past Hugo Lloris. He is a totally different player right now, no longer is he just a player with all-round effort and no production.

Eddie Howe has swiftly morphed him into one of the Premier League’s most highly-valued attackers in a matter of months. So if this is what Howe can do now, with the squad he’s inherited, imagine what he can achieve with a squad built rightfully in his own image.

After twelve games last season, they were bottom, six points adrift of safety.

Fast forward to this season, they are top of the Premier League’s form table, unbeaten in their past seven and boast the best defensive record in the league. Their transformation is every footballing fan’s dream, especially at a club who have underperformed and not lived up to their billing for far too long.

Asked whether the Magpies can continue their push toward the top four, Howe replied “I don’t know”.

The feel-good factor has certainly returned to Tyneside. Toon Army have their club back but more importantly, their recent results and performances have shown that the balance of power amongst the established order in the English top flight is certainly shifting.

If there is one team, outside the so-called ‘Big Six’ capable of gatecrashing it in the immediate future, it’s Newcastle United. It’s now not a matter of if, but when? 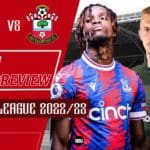 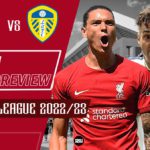