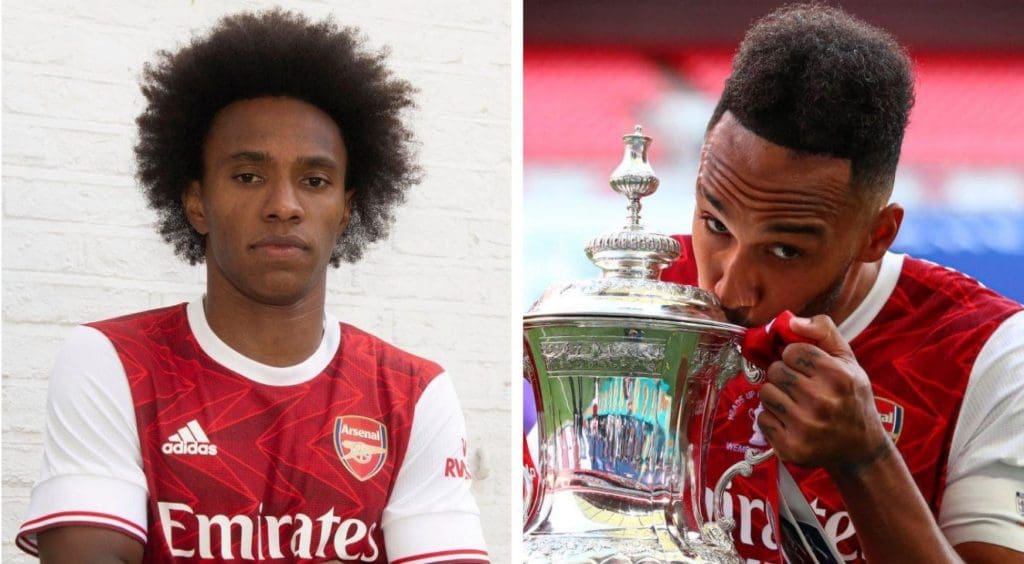 Arsenal’s latest recruit Willian has expressed his desire for Pierre-Emerick Aubameyang to continue his stay in London.

Since arriving at Arsenal in 2018, Pierre-Emerick Aubameyang has continued his stellar form from Borussia Dortmund scoring an impressive 70 goals in 109 appearances.

In his last appearance in the FA Cup, he scored a brace against rivals Chelsea to hand the Gunners their record 14th FA Cup win.

Aubameyang, who has only one year left to run on his current contract refused to speak on his future after the final whistle at Wembley.

But in the past few weeks reports have suggested that a deal between two parties has been agreed although a final announcement over his future is yet to be made.

Willian, who signed this month with the North London club on a free contract has talked about how integral the Gabonese captain is to the Gunners’ hopes of competing for more major honours.

Speaking to The Sun he said, “I joined Arsenal because we can challenge for titles but Pierre will be a big part of the plan. He has to stay — it is very important to me. This is a guy who gets 25-30 goals a season and we have to keep a player like that. He’s one of the best players in our team and somebody I want to be making chances for.”