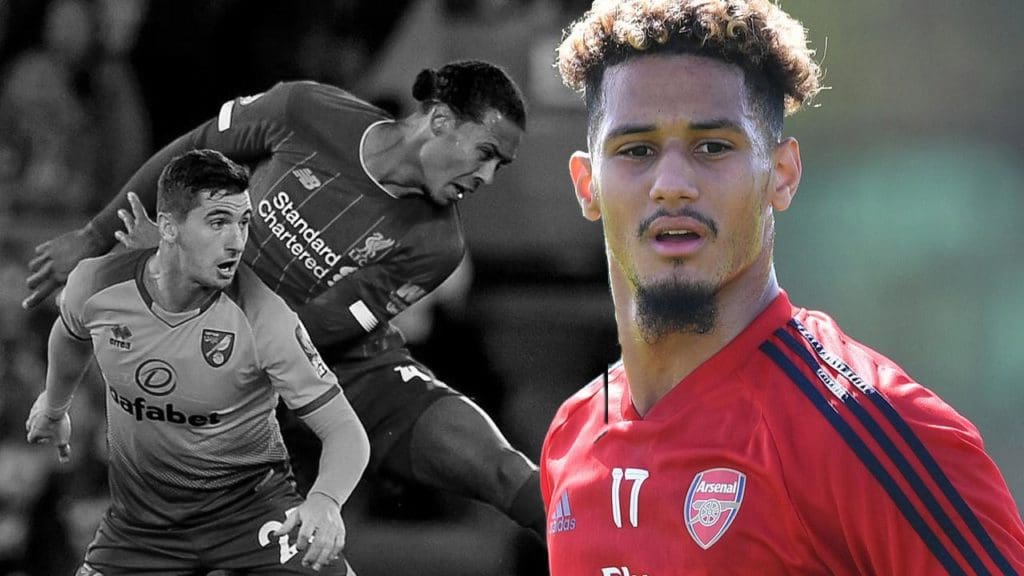 Alan Smith has suggested William Saliba has all the potentials needed to make a great impact in the Arsenal team next season, adding that he could be Arsenal’s version of Virgil Van Dijk.

The defender was signed signed by the Gunners from Saint Etienne last summer but an agreement was reached to spend the 2019/20 campaign on loan with the French outfit.

The teenager featured 17 times at the Geoffroy Stadium in the truncated Ligue 1 season as a result of the coronavirus pandemic as the club narrowly escaped relegation.

The two clubs also failed to reach an agreement over a short-term deal to allow the 19-year-old played in the Coupe de France final against Paris Saint-Germain.

Saliba had expressed his excite over his imminent arrival at the Emirates Stadium before the final, telling L’Equipe: “I have a crush on Arsenal. What it gives off speaks to me. I had no hesitation. I am discovering another world.”

The weaknesses from the Gunners’ 2019/20 season included a poor backline at the Emirates Stadium, a department which has become a worry in the last few seasons.

But Smith believes Mikel Arteta can turn the £27 million star into a “classy defender” as he compared him to Van Dijk.

“With a few quid to spend, another central defender must be on the cards. This area, in fact, is the most interesting of all. Will William Saliba, for instance, be given an early chance after finally coming over from Saint Etienne?” the 57-year-old told Sky Sports.

“Saliba, by all accounts, has tremendous potential as a classy defender in the Virgil van Dijk mould. I can just imagine Arteta on that training ground, working hard with the 19-year-old to instil good habits.

“Depending on how that goes, we might see the Frenchman let loose early on. Next to whom is another matter though. Will Arteta continue with three at the back, a system that helped bring about such huge improvement?”

Smith is also hope the club can do everything possible to keep Dani Ceballos at the club for another season, while he wishes to see Matteo Guendouzi involved in a deal to bring in Thomas Partey.

“Plenty of questions there, as there are in midfield where the future of Dani Ceballos looks far from certain,” Smith added. “I am sure Arteta would love to keep this clever ball player with an excellent work ethic who forged a useful understanding with Granit Xhaka. Real Madrid, of course, might have other ideas.

“Midfield would further benefit if Matteo Guendouzi can be used in a deal to recruit someone like Thomas Partey, the much-admired lynchpin from Atletico Madrid.”