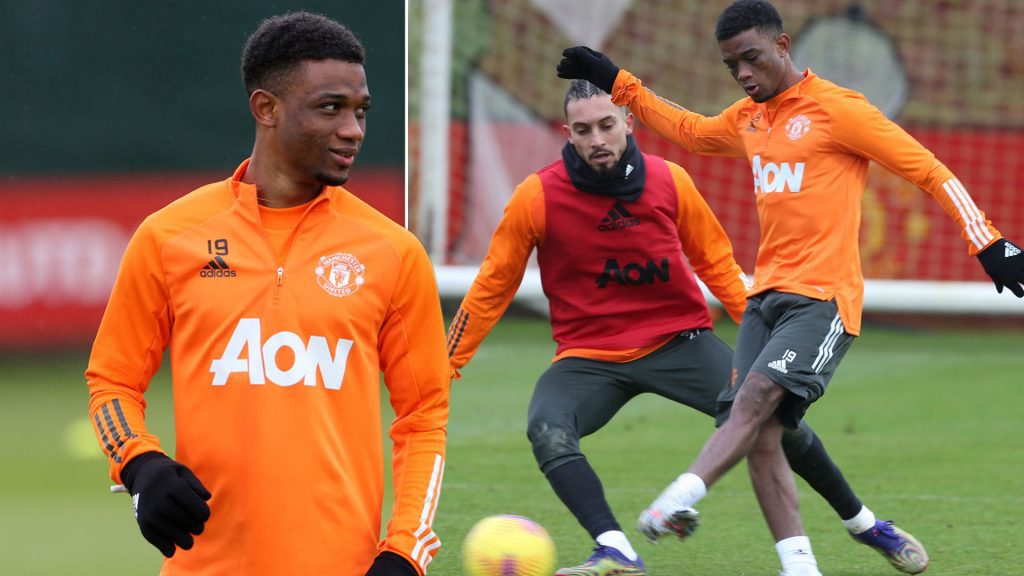 The FA Cup draw for Ole Gunnar Solksjaer has now become more exigent with the expectations of fans rising up to the sky. The Red Devils manager hasn’t been able to win a silverware yet and would fancy one this season after seeing his team’s exemplary performance and Liverpool’s dismal attitude.

However, for Manchester United to win, a change in tactics will be required. Ole would have to bring in a surprise package to scare Jurgen Klopp off his guard. And who better than a young talented winger Amad Diallo whom Klopp hasn’t had the chance of tasting.

The youngster has been impressing one and all in the training sessions and it won’t be a surprise for Manchester United fans if they are to see the winger play his first game in the Reds as soon as today. Supporters were ready to wait for the Atlanta guy to settle down with ease but looking at his exhibition in the training ground, the fans want him to play against Liverpool.

A supporter tweeted, “Both teammates and coaches must have been very impressed with Amad Diallo’s performance in training so far. Will not be surprised if he is in the squad tomorrow.”

Amad Diallo has been ready since the dawn and would accept a debut against Liverpool with open hands. We have already seen the fighting/winning spirit in him in his Champions League matches for Atlanta last season which gives Ole one more reason to use him as his trump card.

The ideology of risk and reward will be put into action if Ole Gunnar Solksjaer takes the risk of starting youngster Amad Diallo who can either provide heavy returns by ducking the Merseyside club or prove to be a bane for his manager.

Why Martin Ødegaard to Arsenal is win-win for both parties?
Brentford vs Leicester City | FA Cup Preview
To Top