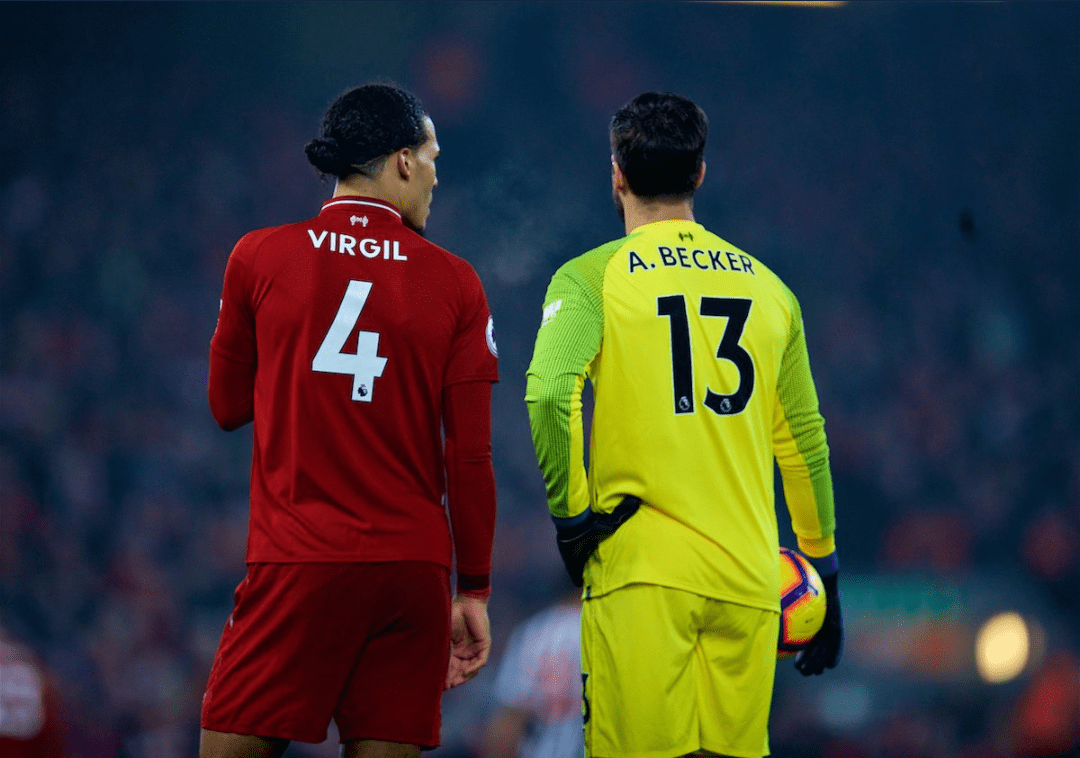 The Red and Blue half’s of Merseyside called a Truce on Derby Day, a reluctant truce with both sides feeling like they could’ve won it. Liverpool’s late winner scrapped off after Mane was judged offside through VAR by what looked like the hair on his skin, and in the end the Reds will feel like they were robbed of the three points. This wasn’t the only controversial moment in the game, as Richarlison was sent off for a horrendous challenge on Thiago. Liverpool have lost more than just the two points however as early on in the game Van Dijk had to go off injured after a two footed tackle from Everton keeper Jordan Pickford. Van Dijk had to be taken off 11 minutes into the game.

The tackle looked horrible and Liverpool have confirmed that the Dutch Centre back will have to undergo surgery for his ACL meaning he could be out for 3-4 months at least. There were already concerns about the Liverpool Defense and with their best Defender out for six months the team suddenly looks very short at the back. Alisson is also out through injury and won’t be back till November and with the games coming thick and fast Liverpool for the first time since Jurgen Klopp took charge look like they are in trouble. For the Premier League Champions it looks like the Champions League is starting at the worst possible moment, with games in mid-week taking a toll on this already thin squad.

Will Liverpool be able to cope with the absence of their two most expensive signings?

Over Reliance on Virgil Van Dijk ?

The Netherland international has featured in all Premier League games since his arrival at Anfield in January 2018.

He has been involved in 93 matches and played every single minute of every game, No other player has been involved in as many games as he has since Liverpool signed him. Without Virgil Van Dijk there is a lack of leadership and organization. They have been overly dependent on Van Dijk, there was no plan B in case he got injured.

Dejan Lovren has left the club with no replacement coming his way and although it was very difficult to predict such an Injury there should have been someone that could take Van Dijk’s place. Gomez looked fragile in the 7-2 loss to Aston Villa, and his pairing with Joel Matip didn’t look very convincing against Everton either.

Van Dijk’s injury rings bells of the first time that Jurgen Klopp took charge of Liverpool, where they looked solid going forward but conceded just as many goals as they scored. If they begin conceding like they did before the Dutchman’s arrival then there could be some key points dropped for them, and even this early on in the season, dropping points with 3-4 teams breathing down your neck might result in Liverpool losing their crown.

Who will step up ?

The question now remains who will take Van Dijk’s place at the heart of the Liverpool defense. Gomez will now be a mainstay in the team and will need a strong defensive partner. But with Matip being the only other first team defender that Klopp has actively used, the prospect of a pairing of Matip and Gomez with Adrian in goal looks very fragile.

This is where Liverpool have been criticized for their lack of depth in many key areas of the field, there are limited options and preparing for long season’s in different competitions becomes a challenge.

Dip into the Transfer Market?

There is a chance that Liverpool can still add another Center back to their team by dipping into the Transfer Window in January, the problem then will be that Liverpool will have to overpay for any center back, and with top center backs coming few and far between it will be quite a challenge to find a perfect fit for their Team.

If the recovery after the surgery isn’t as smooth then there will be no choice but to try and sign a new Defender in the transfer window. But this problem should have been dealt with in the summer window, Liverpool have failed to add depth to their superstar lineup.

The injury to Van Dijk has certainly stirred up a storm at Anfield, with the panic stations about to go off.

Liverpool were favorites to retain their title this season, but their main Center back will be out for 4 months with no one coming in till the January window. Will Liverpool have enough in the tank to mount a challenge for the title towards the end of the season or has this injury completely derailed Liverpool’s season?

The one positive right now is that Liverpool won’t have to go long without Alisson who will be back by the middle of November. Alisson will provide some surety at the back although we are yet to see the Brazilian feature without Van Dijk there to provide him cover.