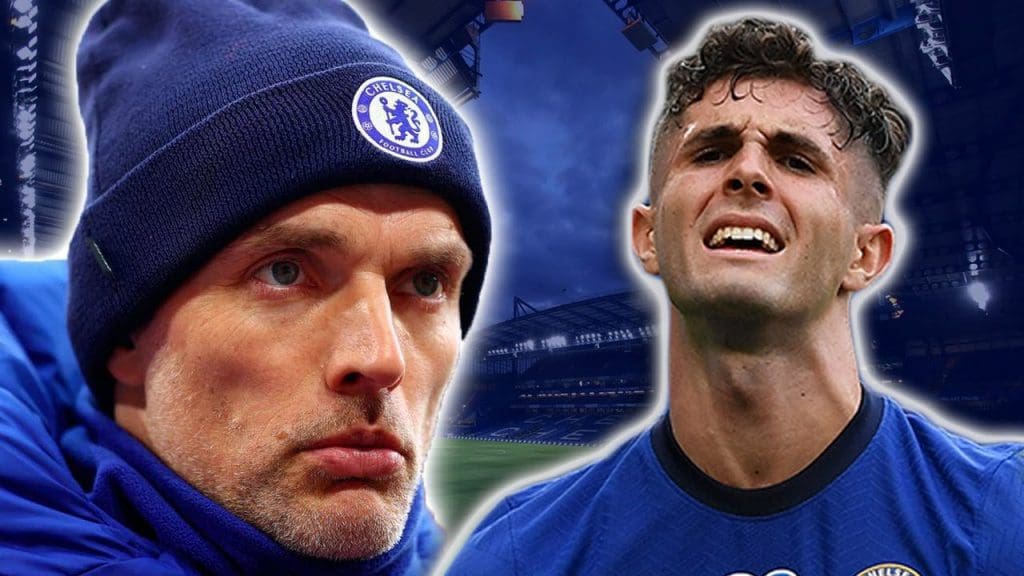 Runners up in the FA Cup, a top 4 finish, and a Champions League trophy- Chelsea ended the season on a stunning note this year as Thomas Tuchel completed the work Frank Lampard started.

However, Tuchel did not manage to keep every member of the squad happy as they were several players who suffered for game time, including United States international Christian Pulisic. This has led to speculation regarding the player’s future and whether he will remain at the club beyond the summer.

Christian Pulisic joined Chelsea in the summer of 2019, and while he lacked game-time during the start of his career with the Blues, he played a pivotal role towards the end of the campaign as he guided Chelsea to a top 4 finish.

While Chelsea lost the FA Cup, he was determined to win some silverware in the 20/21 season, and although the club have won the Champions League, Pulisic has played a limited role. When Thomas Tuchel arrived in January, Pulisic was delighted, as he was introduced into European football by the German at Borussia Dortmund.

While most people expected the USMNT star to start the first game under Tuchel, Pulisic was benched and came on as an impact substitute. Although Pulisic came on and provided an assist in the next game against Burnley, he failed to make the squad against Sheffield United in February even though there was no specific reason for his absence. However, Pulisic was working hard in training and came on as an impact substitute in the club’s round of 16 second leg against Atletico Madrid as the 22-year-old provided the assist for the goal that confirmed Chelsea’s place in the quarter-final.

That game was the turning point for the youngster, and he went on to start the FA Cup quarter-final against Sheffield United. Soon, Pulisic also scored his first goal under Tuchel in a 5-2 loss against West Brom. This led to Pulisic being dropped for the first leg of Chelsea’s quarter-final against Porto, but he did start on the weekend against Crystal Palace, where he scored 2 goals and provided an assist. Pulisic was now making a very strong case for being included in the starting XI, but Tuchel’s trust in Mason Mount and Timo Werner made it impossible for the USMNT youngster to start every single game.

However, Pulisic did start against Real Madrid in the first leg of Chelsea’s Champions League semi-final, and Pulisic ran riot. The American scored an early goal by rounding off Thiabout Courtois, and while that was Chelsea’s only goal in the game, Pulisic wreaked havoc across Madrid’s midfield and backline as his cut-throat dribbling and speed was too much for Zidane’s men. Thus, it was justifiable when Pulisic was unhappy when he was benched for the second leg, although he did come on as a substitute and provided the assist to secure Chelsea’s place in the final.

Pulisic ended the season with a substitute appearance in the Champions League final and had the glorious opportunity to double Chelsea’s lead against Man City but failed to take full advantage as he skewed his shot wide. Thankfully, Chelsea held on to their 1-0 lead and won the competition, however, a goal in the Champions League final would have been a dream come true for the American.

This has led to journalists across England and in the USA to wonder whether Pulisic would want to leave in the summer to gain more game-time at a top club.

Before Chelsea’s FA Cup final against Leicester City on the 15th of May, Pulisic was asked whether the lack of game-time bothers him on any level and the American was quick to brush away those rumours.

Thus, Pulisic is ready to compete and fight for a spot under Thomas Tuchel, and this makes sense as he understands that Chelsea will have a long campaign next year and he will be provided with several opportunities over the course of the season. It must also be noted that the American is still young and will only get better from here, and a little bit of competition never hurt anybody.

However, one does wonder whether Pulisic will consider a move away if things do not change next season. The 22-year-old’s current contract runs until June 2024, and if Pulisic’s situation does not change in 12 months, the club themselves would consider cashing in on the player in the summer of 2022. Thus, it does not look like Chelsea would be letting the player go this summer as he is an integral part of Tuchel’s plans next season, with the Blues hoping to mount a Premier League title challenge next year.

Thomas Tuchel has a lot of work to do this summer, and Pulisic is one of the German’s most trusted men in the current squad. While there will be several transfer sagas this summer, Pulisic is unlikely to be a part of that merry-go-round and will continue playing for the Stamford Bridge outfit next season.

MUST READ: Why letting Christian Pulisic leave could be Chelsea’s next big mistake

Brighton looking at Jean-Ricner Bellegarde, if Bissouma were to leave
Noussair Mazraoui: The solution to Arsenal’s right back problems?
To Top