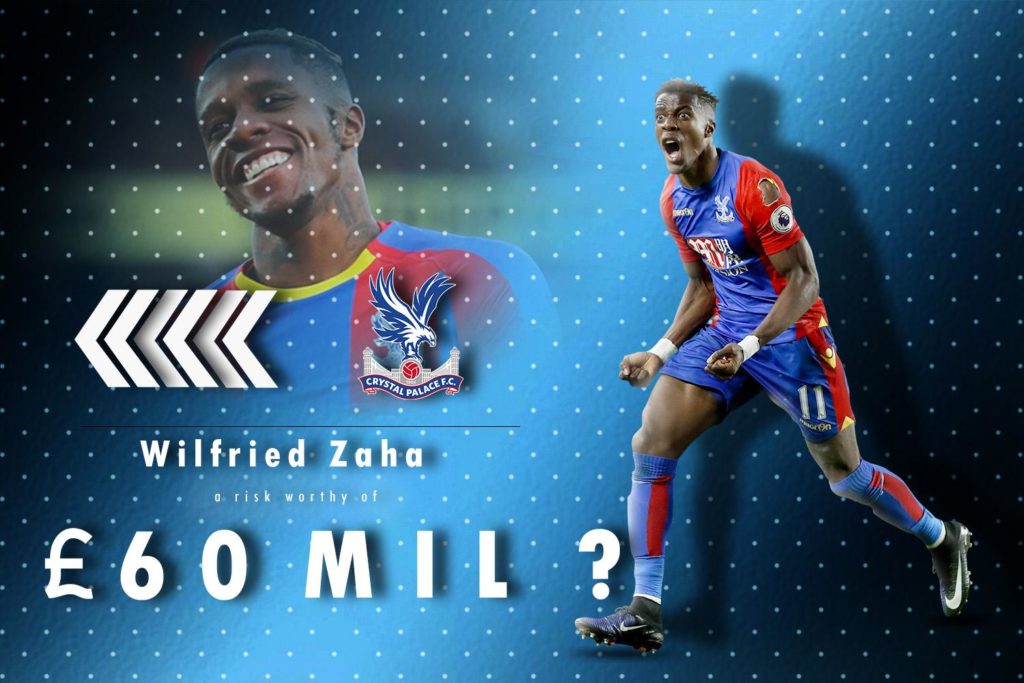 Wilfried Zaha has always been in the news whenever the transfer window has been opened. But how much is he worth? £60 million? £30 million? – or perhaps something below?

A headache he has proved to become for Crystal Palace with his future the main concerns. A boyhood Arsenal fan who once got the chance to represent Manchester United, but has value really shot up since his last transfer move?

Well, here we take a look at home we think the 27-year-old could be a risk worth £60 million for his possible suitors.

Zaha brings more than just goals to any club or team he has found himself in. Try to cast your mind back to his little cameos at United, his time with the Ivory Coast national team and also his time he has spent at Selhurst Park.

The former Red Devils star can play as a winger in any of the flanks or even be deployed through the middle of attack.

Quoting the words of Adrian Clarke of the Premier League’s website in 2018, he suggested that Zaha is the type of who “offers more threat” as a frontman, going on to add that “his ultra-mobile combination with [Andros] Townsend generates more goals and points”, citing “the speed, athleticism and unpredictable movement of the Zaha-Townsend axis is more difficult for opponents to contain”

When ever Zaha has had the chance to play on the wings, he draws defenders to himself and hold them off which tends to create space for other attackers to exploit.

For a team like Arsenal who have lacked a skimmer – someone who controls the flow of their offensive threats, the Palace star is quite a good option to consider.

He is also able to draw fouls in advantageous positions which will always prove to be positive for ant team with a good set-piece taker. Zaha suffers an average of 3.2 fouls per game which is quite impressive on his path.

In the just ended 2019/20 Premier League campaign, the Ivorian was involved directly in seven goals – scoring four and laying on four assists as the Eagles only managed a 14th-placed finish.

It was in the 2018/19 league season where the 27-year-old produced his best scoring form, finishing neatly on 10 separate occasions and adding five assists.

Following that campaign, he was keenly wanted by Unai Emery but the Gunners were unwilling to budge on their transfer kitty. However, they went on to pay £72 million for his countryman Nicolas Pepe who has enjoyed a torrid first season.

Perhaps Emery could have achieved the needed results if he had pressed on with his plans to sign first choice Zaha instead of the former Lille man.

All it needed was for someone to say, “Hey look! Zaha is worth the risk. Premier League experience coupled with playing under some good managers, that could be our biggest deal.”

But there was none like that and north London outfit decided to look elsewhere. Zaha’s performances this season is also worth a mention and could see him on the move once again.

And the question still remains, “Who will be willing to fork out the £60 million to bring him in?”