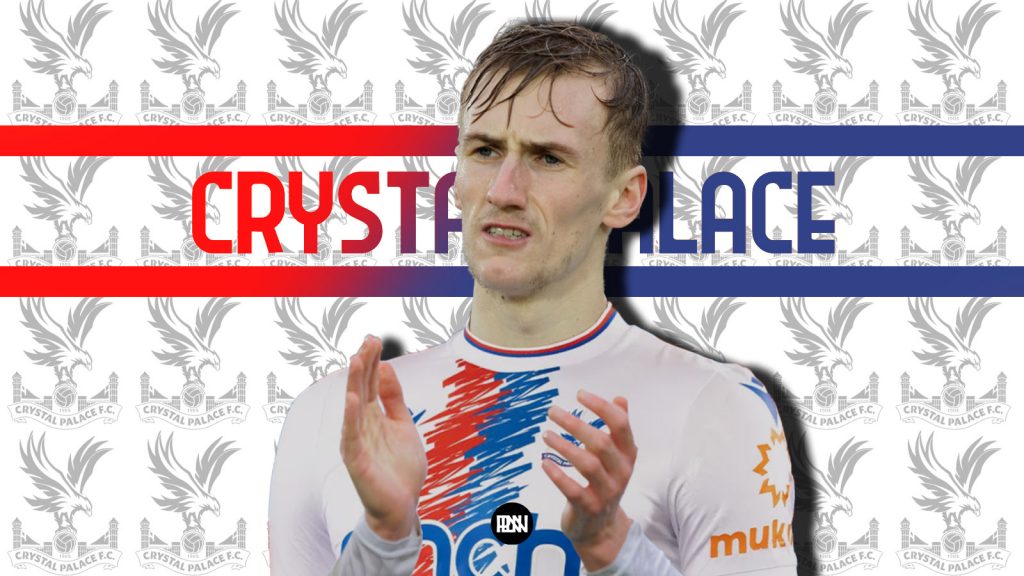 Crystal Palace look to be closing in on their third capture of the summer transfer window with the arrival of Swansea City midfielder Flynn Downes.

According to the BBC and Football.London, Patrick Vieira seems to have beaten out the competition to secure his signature.

Both Wolves and Southampton were reportedly interested in Downes, but it looks as though the Eagles have won the race with the 23-year-old keen on a move to Selhurst Park.

The 23-year-old was a regular for the Swans throughout last season, making 37 appearances in the Sky Bet Championship and excelled in shielding his defence.

The Eagles tried to sign him back when he played for Ipswich, but the club rejected their advances, and Downes has been made to wait for an English top-flight move ever since.

A product of Ipswich Town’s youth academy, the 23-year-old would go on to make his professional debut for the club on the first day of the 2017/18 campaign, coming on as a substitute for the injured Andre Dozzell in stoppage time in a 1-0 home win against Birmingham City.

In January 2018, he would join Luton Town on-loan to gain first team experience for the second half of the season. It proved a successful loan spell, receiving high praise from Nathan Jones, following his first game for the club in their narrow 1-0 win over Exeter City. That season, he finished with 10 appearances under his belt as Luton were promoted to League One after a second-placed finish.

From then on, Downes would go on to be an established member of the Ipswich first team, becoming a regular feature in the side the following season. Following his impressive performances for the Blues, Downes was linked with a move away from the club during the summer of 2020. On 1 September, the club confirmed that it had rejected two bids for Downes from a Premier League club, widely reported to be Crystal Palace.

He would then go on to hand in a transfer request and was left out of the club’s first three games of the 2020/21 season.

After much difficulty gaining a place in Paul Cook’s Ipswich side, he finally joined Swansea in August 2021 on a four-year-deal for a fee reportedly of around £1.5 million, ending his 15-year relationship with Ipswich Town. The 2021/22 campaign for the Swans proved to be his breakthrough campaign for the 23-year-old, and he now looks to be on the move to the Premier League.

What will Downes bring to Selhurst Park?

The Brentwood-born playmaker was one of the Swans’ star performers last season, impressing with his quality in possession as well as his energy and ability to compete.

Flynn averaged an incredible 93%% pass completion rate in the league, highlighting his class on the ball, with Russell Martin describing the workaholic as ‘incredible’.

Vieira will be aiming to evolve his side for next term, and with the futures of defensive midfielders Cheikhou Kouyate, and club captain Luka Milivojević in doubt, the Eagles are in need of midfield enforcers and are reportedly close to sealing a move for RC Lens midfielder Cheick Doucoure.

Downes could also prove a commendable signing for the South London outfit due to his classy characteristics in possession, and tremendous work-rate and application off the ball. One benefit to signing this Swansea youngster is his reliability and durability, as he featured in 37 Championship games last season.

Despite being more of a ball-winning midfielder, tasked in sitting in front of defence and dictating play, he still managed to chip in with a goal and two assists.

Both fans and manager alike have been quick to praise his intelligence and hard work, with Russell Martin claiming: “Flynn was incredible, it’s difficult to single people out, but he does the dirty work perfectly well”, after a man of the match display early in the season.

His dogged defensive efforts in the midfield is truly shown in his tremendous numbers from last term, where he averaged 1.3 tackles, 1.1 interceptions and 1.1 clearances per game, whilst winning 52% of his total duels. The 23-year-old is a true workhorse, getting himself about the pitch and screening his back-line to consummate effect.

Downes could also be an effective and influential figure in Vieira’s possession-heavy system. He uses the ball incredibly well, dictating the tempo of proceedings as well as being used as the pivot man when Swansea City need to progress the play up the pitch.

He delivered a pass success rate of 93% last term, and a 95% success rate in his own half and 90% in the opposition half, again showcasing that he was the go-to man when Swansea looked to build from the back and also disrupt opposition lines.

After what was a surprisingly impressive season last year, the Arsenal legend and former OGC Nice boss will want to continue evolving his impressively built side, and signing young hungry Championship talent is a move proven to work for this club.

With the Eagles in desperate need of fresh impetus and legs in the midfield, the metronomic figure of Flynn Downes coupled with the destructive outlet in Cheick Doucoure, Palace could well possess one of the most exciting and well-rounded midfield combinations outside the top six next term.

MUST READ: What would Cheick Doucoure bring to Crystal Palace? 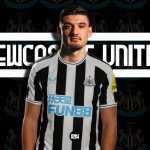 Armando Broja is wanted by the Magpies: How is he different from other Newcastle strikers?
Next Article 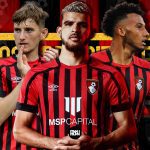 FPL 2022/23 Price Reveals: Whom Should You Target Amongst AFC Bournemouth’s Assets?
Leave a comment