Hale End has been Arsenal’s one of the most valuable assets this season, the Gunners have been boosted by the likes of Emile Smith Rowe and Bukayo Saka with the two combining to win matches for Mikel Arteta’s men more often than many expected them to.

Even the likes of Eddie Nketiah and Joe Willock, yet another graduate of Arsenal academy, have played their part in Arsenal’s campaign and continue to play an essential role in the Spaniard’s plan.

With so many of Arsenal’s young stars rising up to the occasion, it was obvious the spotlight would be shed on Reiss Nelson, who’s widely regarded as one of the better talents at Arsenal. However, he has had a stop-start season at Arsenal and here we look at reasons why a loan move might be needed for the young Englishman:

Ask any coach around the world, the most important aspect about a young player’s development is game time and for what it seems Reiss Nelson won’t get that at Arsenal this season as he finds himself down in the pecking order with the likes of Buakyo Saka, Gabriel Martinelli, Willian, Nicolas Pepe and Pierre-Emerick Aubameyang all ahead of him. Being the 6th choice player for the position of a winger isn’t helpful for youngsters and it would be better for him to be playing more regularly.

Lack of trust from the manager

When Mikel Arteta joined Arsenal, Reiss Nelson was predicted to be one of the primary beneficiaries of the Spaniard’s appointment considering the phenomenal work Arteta had done at Manchester City with the likes of Leroy Sane, Raheem Sterling and others. However, it hasn’t really kicked on for him under Arteta, who even wanted to loan him out at the start of the reason, while this isn’t to suggest that the manager doesn’t rate his quality though he certainly feels he isn’t ready, yet. 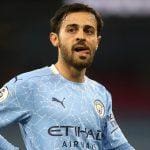 Bernardo Silva: The second coming of the Portuguese
Next Article 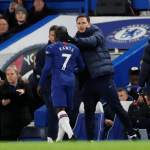