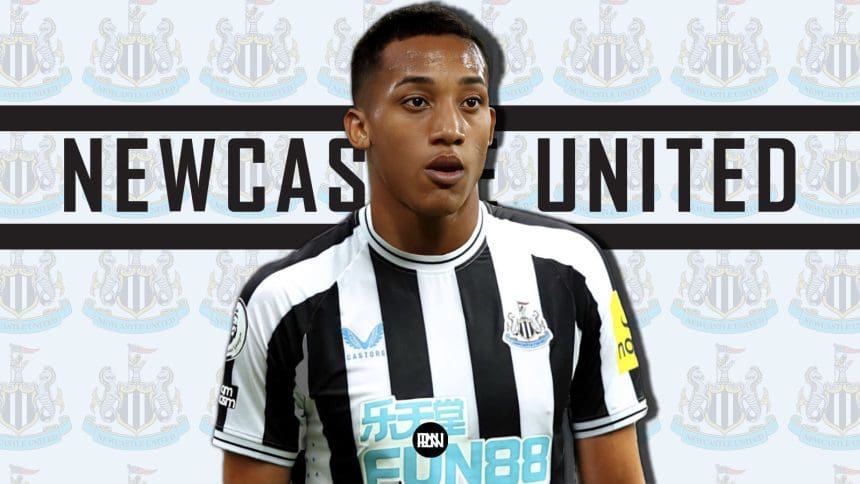 Italian journalist Fabrizio Romano has claimed that the Tyneside outfit have submitted an offer worth £30m to sign the Vicarage Road star before the window closes on September 1.

Final decision up to the Pozzo family now. pic.twitter.com/LGC8YPB3ls

It is reported that the 20-year-old starlet is keen on a move to the Magpies this summer, as he sees his talents better served in the Premier League, and rightly so.

João Pedro looking more promising. Newcastle have tabled a £25m bid. Pedro wants the move. Newcastle view bid as their ‘final’ offer. They won’t go up to £30m (guaranteed fee), which is what Watford ideally want. But with attainable add ons on top #NUFC are optimistic.

Signed from boyhood club Fluminense in 2020, Pedro has emboldened himself to become one of the most promising U21 strikers in the country, registering 14 times and providing five assists in 78 appearances for Watford.

Following Watford’s relegation to the Championship at the end of last season, the Magpies have been heavily on the tails of Pedro as Eddie Howe seeks to significantly bolster his attacking options for the new campaign, and considering just how much of an influx of attacking quality they desperately need, it seems as if Joao Pedro will immediately fit the bill on Tyneside.

Given Callum’s injury record and complementing it with Chris wood’s flounder in front of goals since his move to Tyneside, recruiting someone’s frontman makes perfect sense and would represent a welcome boost upon Tyne.

Signing a player of Pedro’s quality and suitability to Howe’s progressive system at St James’ Park at just £30m is an absolute bargain for the club, and is an opportunity they cannot afford to ignore.

The Brazilian has enjoyed a superb start to the campaign for the Hornets in the English second division, as Rob Edward’s men currently occupy second place in the table with 9 points out of a possible 15 on offer so far. Pedro has emerged as a key component in Edward’s compact and organised 3-4-3 system at Vicarage Road, lining up as the sole frontman in what’s been quite a fluid attacking showing especially from both Pedro and Ismaila Sarr.

“He’s best centrally in a trident with two forwards prepared to make runs behind defenders,” explains former Watford manager Roy Hodgson during the second half of last season. “Then he can drop and be a deep-lying target player.”

“Give him freedom to float,” agrees Eduardo Oliviera, who coached the striker in the Fluminense under-17s. “He wants to be part of the game every time. He’s not only good in the box, he’s good at building the game.”

Indeed, Pedro always wants to be a part of proceedings and that’s evidently shown in his tremendous versatility and capabilities to play several roles within the attack. Despite only scoring once so far, his all-round game has stood out considerably.

He’s averaged an impressive SofaScore rating of 7.17, registering 1.3 key passes per game, creating two big chances and registering 63.3 touches per game so far, showcasing how much he wants to get involved in all phases of play in Watford’s build-up.

The 20-year-old loves to drop deep, picking up the ball and driving at opposition defences with his unerring technical skill, bravery, courage and a drive that so few strikers in the country can possess, and that’s evidenced through his 3.3 dribbles per game so far this campaign with a 52% success rate. He’s also a wonderful link-man, certainly not afraid to sacrifice his own attacking instincts to allow his attacking teammates to thrive through him.

As well as carrying the responsibilities to score goals, he’s also incredibly adept at creating them. He ranks in the 77th percentile for shot-creating actions per 90 (the two offensive actions directly leading to a shot chance, such as passes, dribbles or drawing fouls), in the 95th percentile for passes into the final third and for carries into the final third per 90. All of these metrics highlight how much of an incredibly influential striker Joao Pedro is. He is the total embodiment of a young fledgling complete forward.

One thing which stands out about Pedro though, and it’s an element which will endear him to the Magpies faithful if he makes the move, it is infectious energy, work rate and endeavour off the ball. He’s a tremendous defender from the front. Aged 10, Joao Pedro caught Fluminense’s eyes as a defensive midfielder back then, and that is very much shown through his tenacity and work ethic when pressing from the front, or helping his midfield out when sat in a low block.

So far this campaign, he’s won 56% of his total duels, recording 0.8 interceptions per game, 1.0 tackles and also registered a staggering 2.0 clearances for a player who’s supposed to be doing much of his work spearheading the attack.

Pedro will suit Eddie Howe’s pressing style right down to a tee, ranking in the 84th percentile amongst players in his position for pressures per 90 in Europe’s top five leagues over the past year. He also ranks in the 87th percentile of forwards for tackles per 90, 99th percentile for interceptions and 98th percentile for blocks. The 20-year-old is a pressing machine, and a hard-working terrier off the ball.

Certainly, with such well-roundedness and the qualities he possesses in around the final third, Pedro is a player you’d expect to be scoring more goals than he should. Just the 14 so far in his Watford career since joining in 2020, and that may well be down to the kind of reserved style incorporated at the Hornets throughout his stay there, yet he’s still managed to conjure up moments of brilliance.

So imagine what he could do in a more expansive system like that of Newcastle’s under Eddie Howe, he could form a devastating partnership with the likes of Allan Saint-Maximin, but also learning the poaching and goal-scoring trades of Callum Wilson, whilst also thriving in a more advanced tactical framework in which Howe has impressively undergone at St James’ Park.

It’s looking like the deal for João Pedro is looking likely now. Fee agreed and personal terms not looking like an issue. A young, versatile attacker that hopefully Howe can shape into a quality player.⚽️#NUFC

Still possessing much scope to develop even further if provided with the opportunities and conditions to express himself and mature, given the Magpies’ lack of genuinely reliable centre-forwards, the £12.6m-valued Brazilian represents a very worthwhile acquisition for the Toon, at an absolutely bargain price of £30m.

João Pedro is a player Newcastle must acquire, he is a major unique talent for the present and beyond. 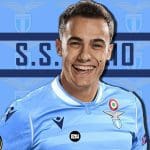 Sergio Reguilon set for a move to Lazio?
Next Article 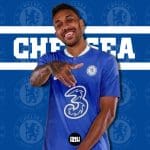 Aubameyang to Chelsea – The perfect striker option or a panic buy?
Leave a comment