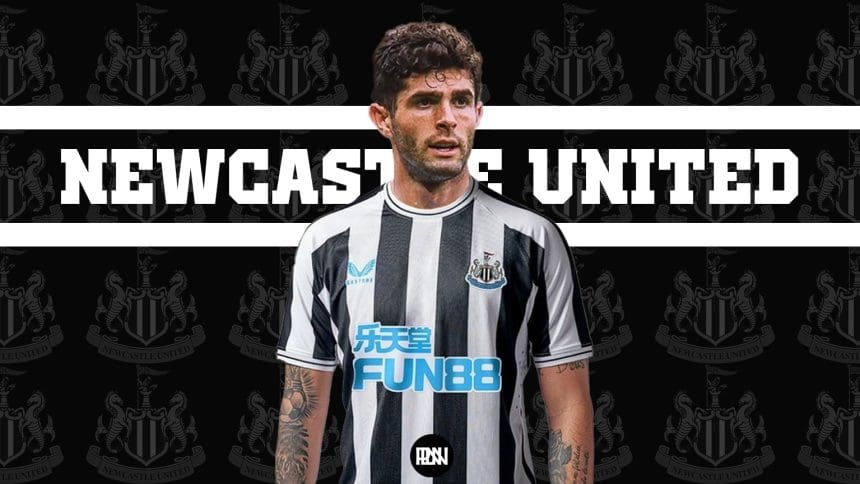 Newcastle United are on the lookout for attacking reinforcements this summer, most notably at right wing, with Miguel Almiron and Ryan Fraser, Eddie Howe’s only two options in that position.

Considering how much both may have contributed to Howe’s progress as Magpies coach thus far, it is clear the Tyneside outfit need quality replacements. The club have been linked with the likes of Bayer Leverkusen’s Moussa Diaby, Rennes’ Kamaldeen Sulemana and even Leicester City star Harvey Barnes, and the rumour mill doesn’t stop there.

The latest name to be linked to the toon is Chelsea outcast Christian Pulisic.

According to The Athletic, the Magpies could well consider attempting to bring the American international to St James’ Park this summer, and relieve him of his frustrations of a lack of game time at Stamford Bridge.

The 23-year-old has struggled to impose himself at the Blues since former boss Frank Lampard brought him to the club in 2019 from Borussia Dortmund, and he has fallen further down the pecking order in West London after Thomas Tuchel added former Manchester City superstar Raheem Sterling to his ranks this summer.

Pulisic has made 115 appearances in all competitions for Chelsea, contributing 25 goals and 18 assists in that time, but was limited to just 13 starts in the top flight last season, suggesting that Tuchel doesn’t class him as an able regular in his starting lineup.

After the departures of both Romelu Lukaku and Timo Werner this summer, it is still unclear whether Pulisic will be considered for more consistent first-team action under Tuchel, and with the World Cup looming later this year, the American will certainly have that on the back of his mind.

For that reason, he needs to depart Stamford Bridge and Newcastle should look no further than bringing in Pulisic to bolster their quality in attack.

Both Fraser and Almiron registered just three goals between them all season last term, which means that huge improvements are needed out wide if Newcastle are to deliver on their promise of a top-ten finish come the end of the campaign.

Despite only featuring from the off just 13 times throughout the last campaign, Pulisic still managed to deliver six goals and two assists. His most productive period in a Chelsea came during his first season under Frank Lampard, helping the Blues to an unprecedented Champions League finish in the top four, registering nine goals and four assists in 19 starts and 25 total appearances.

The American showcased that year, that with much opportunity and confidence from his manager, he can become the world beater he has long been destined to become. Even still, when not featuring prominently, the 23-year-old has also shown how good he is providing dangerous attacking ammunition for Chelsea through his stunning work rate, enthusiasm, spell-binding trickery and his deceptive movement.

When Pulisic is in full flow, he is incredibly hard to stop, and that is the kind of player Eddie Howe needs this season, to further complement his exciting midfield trio of Bruno Guimaraes, Joe Willock and Joelinton.

Amongst forwards in Europe’s top five leagues over the past year, Pulisic ranks in the top 4% for progressive carries per 90 minutes, top 12% for carries into the final third and top 20% for dribbles completed showcasing that he is a tremendous dribbler of the ball, capable of beating his marker in order to form chances for himself or for teammates.

While his efforts in the attack are most noteworthy, his endeavour going towards his own goal is just as impressive and is something Howe will be most pleased about considering the kind of high-intensity and pressing style he is mustering on Tyneside. The underlying stats show that the American wing wizard will provide the perfect tonic to Howe’s pressing game.

As per FBRef, the 23-year-old ranks in the top 11% of forwards for pressures per 90, and top 19% for successful pressures, and his engaging defensive numbers makes for exciting reading too. He ranks in the top 10% of forwards for tackles per 90 minutes, top 21% for interceptions per 90 and in the top 12% for tackles + interceptions again highlighting that he is not just an effective presence in attack but a real unique workhorse when defending from the front.

Also, in Bruno Guimaraes, Newcastle United possess the perfect metronomic outlet to feed both Pulisic and Allan Saint-Maximin in behind opposition defence, a trait the American really thrives on. As per FBRef, he also ranks in the 75th percentile of forwards for progressive passes received, meaning midfielders love to get the ball to his feet quickly because they know and are confident of the quality he possesses when he goes up against defenders one-on-one. As well as ranking in the top 20% for dribbles completed, Pulisic also is in the top 13% for players dribbled past per 90.

With this being a World Cup year, Christian Pulisic desperately needs a new lease of life. Despite his lack of opportunities, the above stats show that this is a player who is simply too good to be languishing on the bench every week. He needs a club and a manager that will provide him with the minutes he deserves, but also, more importantly, the confidence and belief his abilities warrant. There is no doubt that when the American is on-song, fully fit and firing, he is well amongst the best wingers in Europe.

Newcastle United desperately need a right winger. Pulisic desperately needs opportunities to get his stunted development back on track. It’s certainly a match made in heaven right? 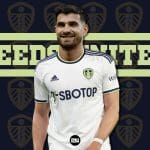 Leeds United turn heads to Martin Terrier, but the fee could be off-putting
Leave a comment