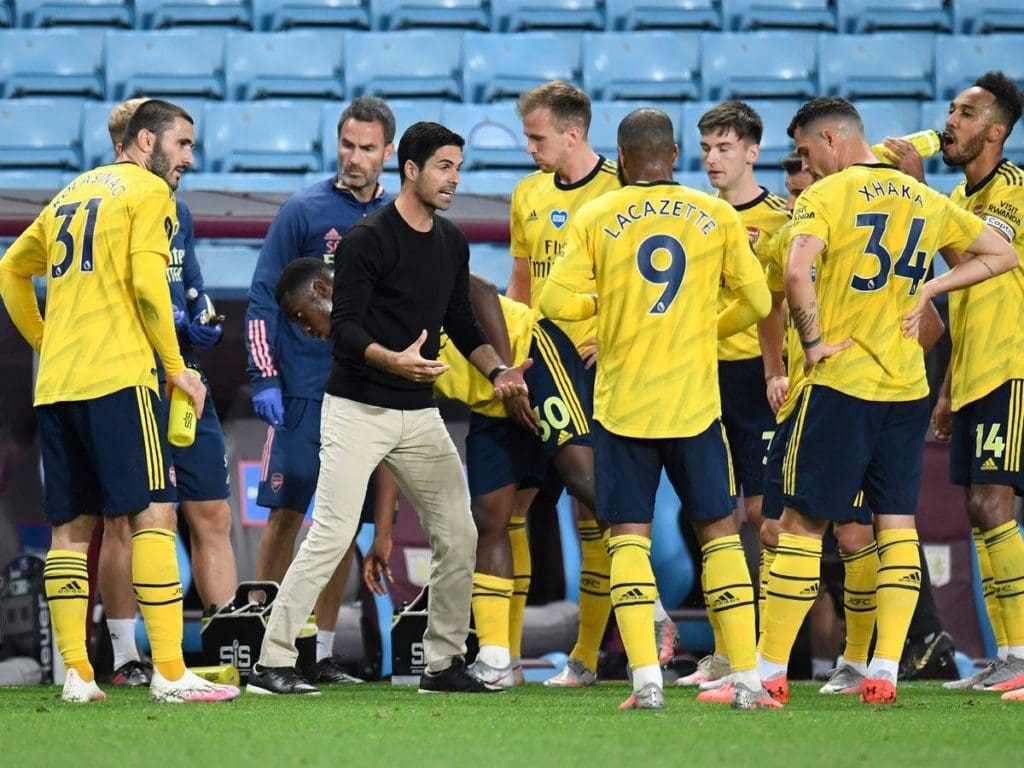 Mikel Arteta had won many plaudits in the last week since his Arsenal side won against Manchester City and Liverpool. He single-handedly mastered Arsenal’s highly unlikely win over against the current and former Premier League champions. And then he had to sit through a woeful performance from Arsenal to lose against relegation-threatened Aston Villa as Arsenal failed to beat a highly motivated and resolute Villa side.

Surely Mikel Arteta has all the right to be disappointed in his players for such an under-par performance after two admirable efforts against City and Liverpool. However, the Spaniard also has to take a fair share of the blame as he made tactical as well as selection errors against Aston Villa. 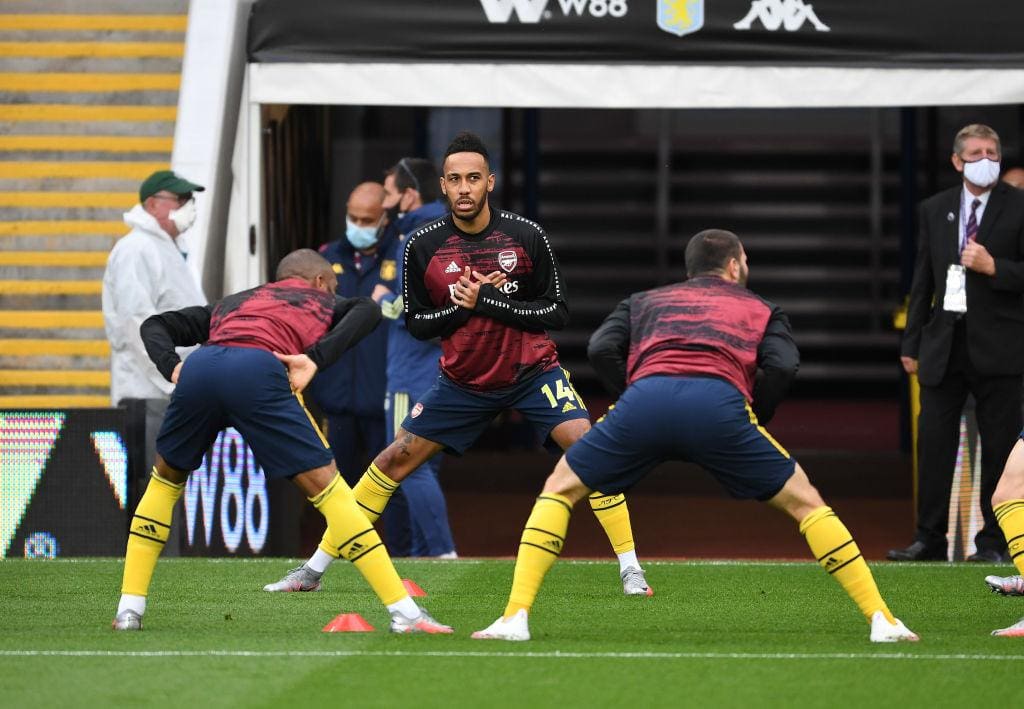 Above is the team which Mikel Arteta chose to play and it’s easy to see he’s going with his trusted 3-4-3 formation. And that’s where he could have made his first mistake. Aston Villa have been a side which likes to play a low block and defend, especially against the so-called big teams and they rely on set pieces and counterattacks to score goals. Against a team which already makes scoring against them difficult, Arteta made it even harder by playing a rather defensive formation in 3-4-3 as Arsenal struggled with a midfield disadvantage to break down a well-structured team.

Arsenal’s two-man midfield found it difficult to find spaces between the lines and hence they struggled to feed Arsenal’s forward line appropriately. Lucas Torreira and Dani Ceballos were both stationed ahead of the back three to shield and guard them and receive the ball and progress. They guarded them well, they shielded the backline well, they received the ball but they couldn’t progress as every time they tried to progress they were faced by a wall of Aston Villa players. Ideally, Arsenal would have liked to have a player stationed in the half-spaces to receive the ball from the midfield and then feed it to the forwards. And even though Mesut Ozil, someone who’s best suited to the job wasn’t available, Arteta could have gone in with Joe Willock to that role for him. 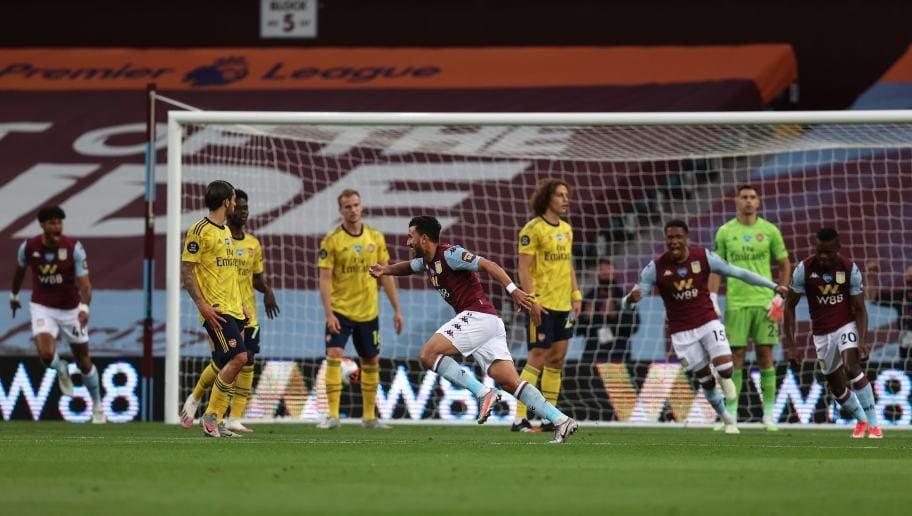 A lack of outlet meant that Arsenal’s midfield had to turn to the wingbacks to progress the ball and so they did, but once again Arsenal were playing to Aston Villa’s strength who had no issues in clearing Arsenal’s crosses with their defensive shape and physically dominant defenders. Arsenal attempted a total of 33 passes but completed only 2, one from Nicolas Pepe and one from Pierre Emerick Aubameyang, which means that none of Arsenal wing-backs, which were supposed to be their primary creative outlet, didn’t make a single successful cross.

Alexandre Lacazette, who has been lately been used as a false nine by Arsenal also didn’t drop deep enough to provide Arsenal’s midfield with an outlet they could pass to. While this could be seen as his fault but he had no other option but that, Arsenal had to score a goal and Aston Villa were crowding their box with numbers. Arsenal couldn’t have done it with just two attackers up front, both of whom are not renowned for their physicality. Hence, Lacazette was required to station himself higher up the pitch to nullify Aston Villa’s numerical advantage.

While he has been brilliant since taking over as manager from Unai Emery, Mikel Arteta surely missed a trick or two against Aston Villa, who it seemed just wanted to win the match more than Arsenal.

Why Was Nigel Pearson Sacked?
Jack Grealish can’t turn down Man United or Tottenham
To Top