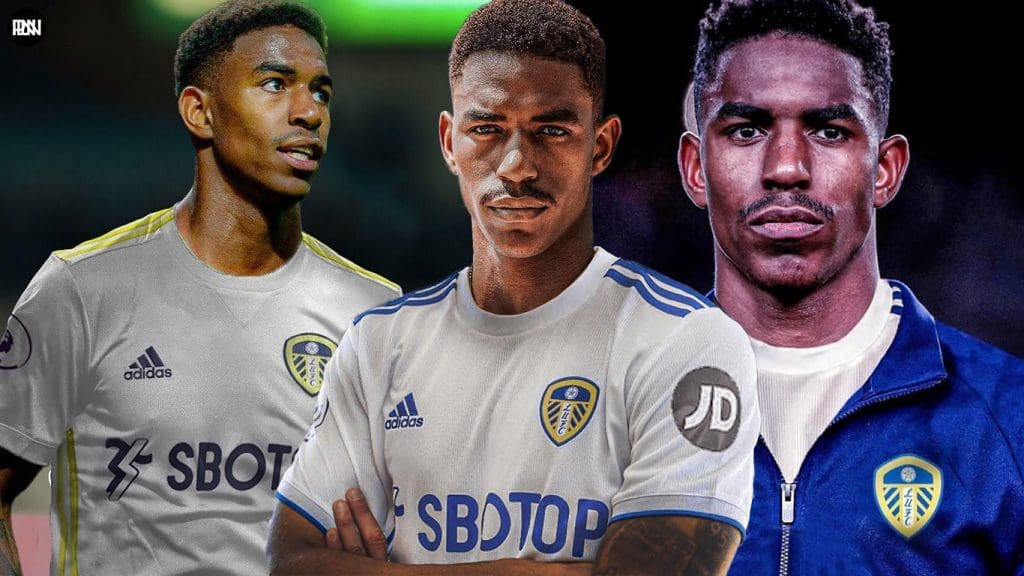 As per a tweet from transfer expert, Fabrizio Romano, Leeds United are set to sign full-back Junior Firpo from Barcelona as Marcelo Bielsa looks to add more quality to his ranks.

The tweet read: “The agreement for Junior Firpo will be completed for €15million+ add ons, final details, then deal done”.

Firpo, who has been used scarcely by Barcelona over the last 2 years wanted increased game-time, and with clubs like AC Milan and West Ham hovering around for the full-back’s signature, Leeds United have bagged themselves a good player.

So, why did Leeds United go overboard to sign Junior Firpo?

One of your more modern-day full-backs, Junior Firpo’s talent was there for all to see during his Real Betis days, especially in the 2018/19 season when he contributed to 8 goals in 29 appearances from left-back as a 22-year-old. This obviously attracted several suitors, but not because of his goal involvements but his dynamic style of play.

Barcelona went ahead and completed the deal for the full-back because, in their eyes, he was the perfect replacement for an aging Jordi Alba. Quick movement, strong in defence, overlapping runs- Junior Firpo had it all, and Barcelona were right to sign the player. While Firpo did go on to make 29 appearances in all competitions last year, Jordi Alba was still the preferred left-back at the club. Firpo was tried in the left midfield position, while Quique Setien also tried him out on the left wing. This did not work out for the club or the player, but Firpo was still getting valuable minutes at a top club.

This stopped altogether when Ronald Koeman was appointed at the start of the current season when Firpo was not even in the matchday squad on some occasions. The 2020/21 season ended for Firpo with only 7 appearances in all competitions, which led to him forcing a move out of the club.

Leeds United, who function with dynamic full-backs themselves, were a no-brainer for somebody like Junior Firpo. His passing range and athleticism are key to Marcelo Bielsa, who has been a fan of the player since he was in the Betis academy. Full-throttle, continuous running, and clinical in the final third- Junior Firpo ticks all the boxes of Marcelo Bielsa’s ideology, and it makes sense why the club paid the money they did to sign the player.

In his best season at Betis, Firpo was winning 60% of his aerial duels, while his passing accuracy was above 85% per 90 minutes. Firpo, like Bielsa, understands that effort is non-negotiable and puts a lot of emphasis on his defensive duties before he decides to maraud down the left wing with overlapping runs. Firpo was also attempting 4 dribbles per 90 minutes at Betis, with a 74% success rate. It is these statistics that have led to Leeds United understanding the brilliance of a player like Firpo.

One of Leeds’ key issues last season was tracking back when teams would counter-attack them, and with Firpo’s pace, they can finally solve that issue on one side of the field. Although Leeds already have high flying wingers like Raphinha and Jack Harrison, they could always use the pace of somebody like Firpo who can create more space by stretching out opposition defences. Additionally, with Leeds also using the 3-4-3 formation occasionally last season, Firpo can also slot comfortably into the wing-back role.

One of the things he picked up during his time at Barcelona was passing in tight spaces and making slick movements off the ball. These are methods right out of Bielsa’s books, and Firpo has already consumed them completely for 2 full seasons. He has also had the experience of Champions League football, thus, settling into the Premier League will not be a major adjustment either.

Moreover, with Ezgjan Alioski’s future uncertain at Leeds, signing Firpo is a smart move and something that was needed.

Leeds United shocked a lot of people with their 9th placed finish last season, but Bielsa is targeting a place in Europe for next season, and he knows that his team has the quality to achieve that goal. Junior Firpo is a clever move in that direction and at €15 million, he could become a bargain by the end of next season, such is the ilk of the player.