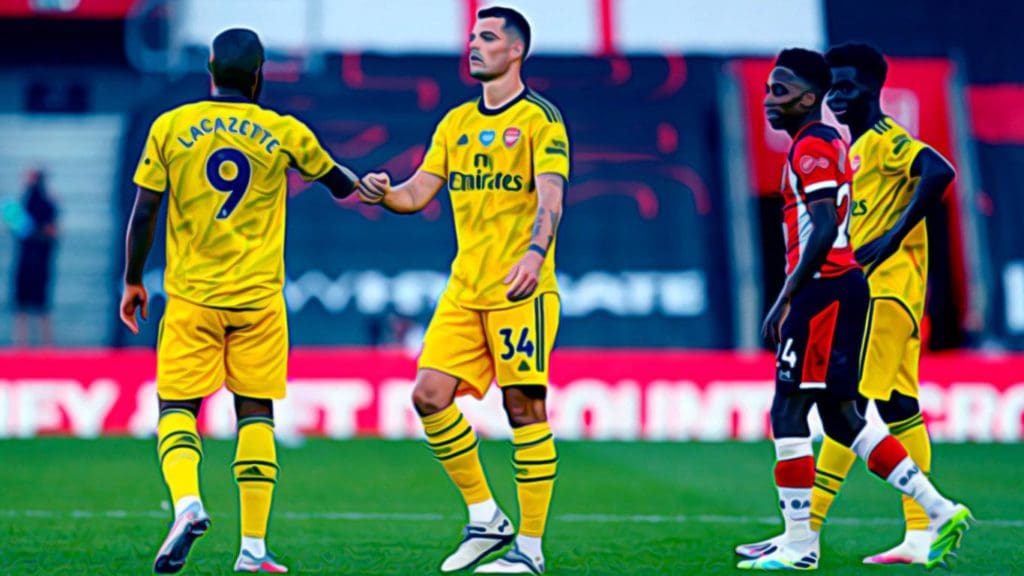 One of the primary reasons why Granit Xhaka is so important for Arsenal has been his passing capabilities. The Swiss has his own flaws but the key fact is Arsenal have no other player who can replicate the way he controls the central midfield.

The 27-year-old who moved to North London from Borussia Mönchengladbach has seen his important rise under from Arsene Wenger to Unai Emery and now subsequently under Mikel Arteta. However, under Arteta he’s one of the most important players and there is a tactical reason for it. In this article, I have tried my best to showcase it.

Granit Xhaka plays a key role in how Arsenal build their game especially with the left back allowed the freedom to play a more advanced role.

Pepe would be allowed to take up his favourable right half space with either Bellerin or Ozil occupying the right wing allowing Pepe a 1v1 situation more often than not. These were generally the tactics that were employed before the lockdown and produced great dividends for Mikel Arteta and his men. 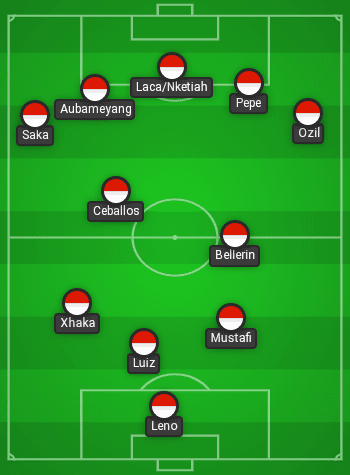 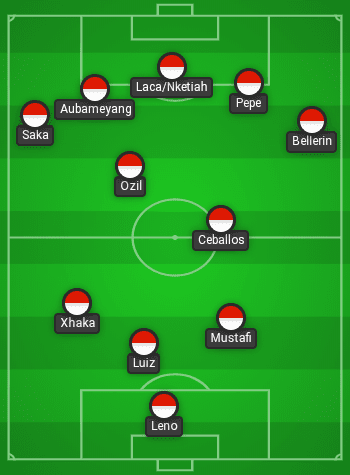 After the lockdown ended Arsenal were forced to play without Granit Xhaka as they lost him to an injury in the early stages of there fixture against Manchester City and had to revert to a back two while building up. Matteo Guendouzi was used as the defensive midfielder instead of Xhaka, primarily due to his physical strength and passing ability.

However, he was never really able to replace him as Mikel Arteta didn’t use him in a back three. Which was so essential and important for Arsenal, as the Gunners had most of their success under Arteta in a formation where they could build with a back three but why is that? 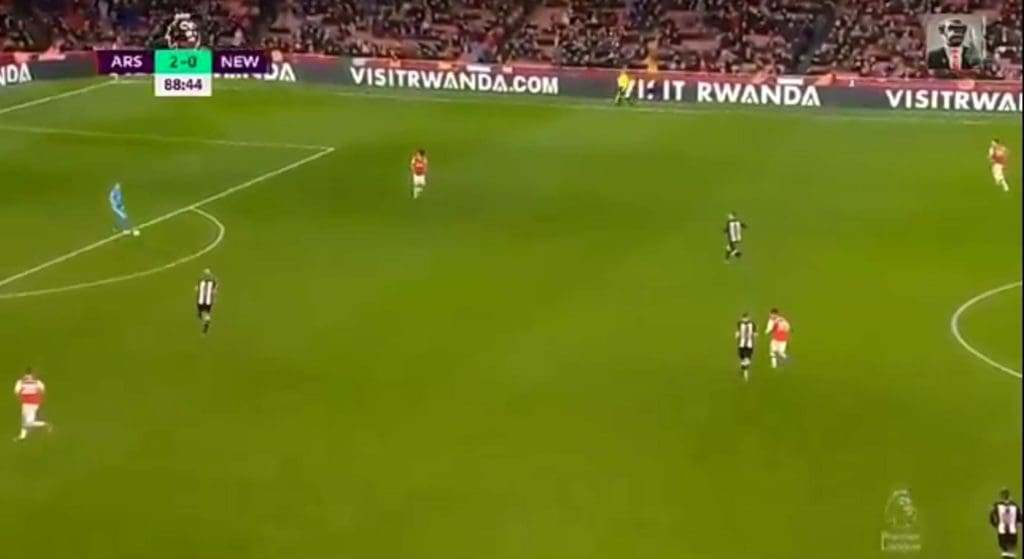 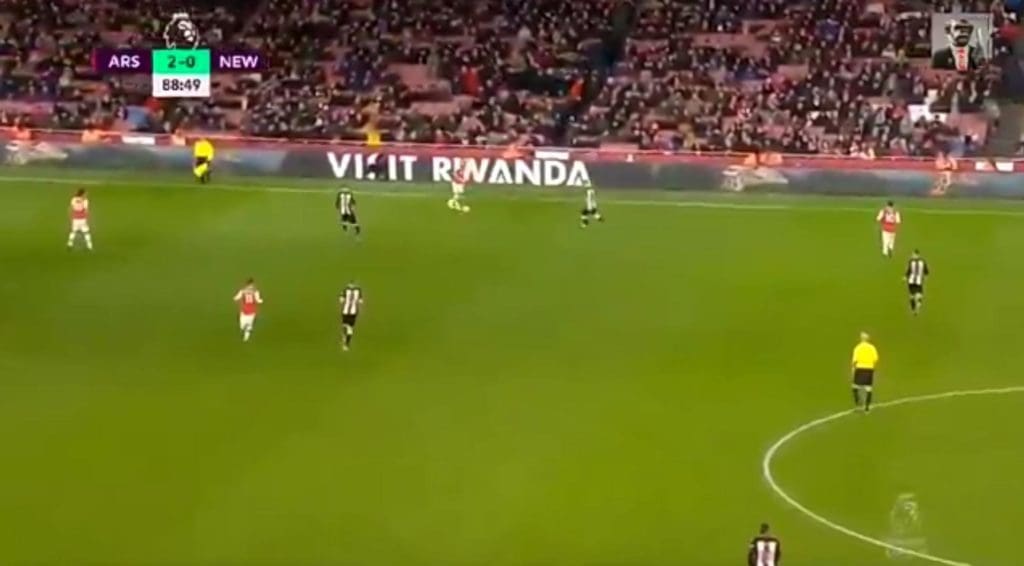 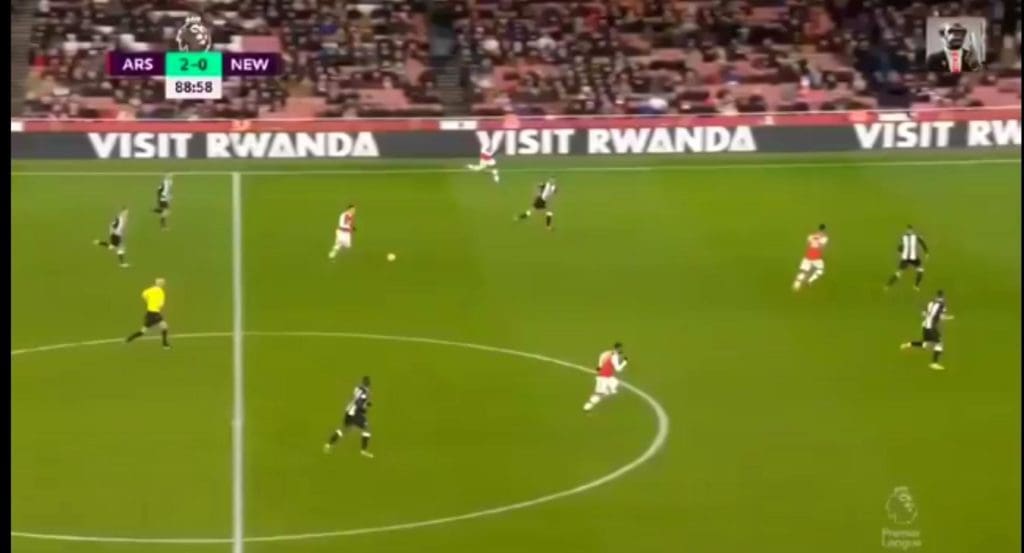 Look at the pictures above. These are from Arsenal’s match against Newcastle and are precisely moments from their much talked about 35 passes goal. Only because Arsenal are playing with a back three, they’re able to make a quadrangle with Bernd Leno, Shkodran Mustafi, David Luiz and Granit Xhaka. This allows them to have more passing options and Newcastle are left with four players to press if they want to win the ball.

Now that forces them to commit more players to press which leaves a huge space in their midfield. And that’s the space Mesut Özil is able to exploit as shown in the third picture.

Such a tactic also has a downside to it as when you play as deep as Arsenal are, you can’t make errors or give away possession as the opposition is a lot closer to your goal.

To employ such a tactic Mikel Arteta requires a player of Xhaka’s experience and ability that is unmatched by any other probably defensive midfielder candidate in the squad.

In the match against Manchester City if looked closely, time and again, City were able to squeeze Arsenal centre backs who were then forced to play it out wide to either Kieran Tierney, who was playing as the left-back or play a long pass. None of the two options resulted in any fruitful result for Arsenal.

With Granit Xhaka back available, Arsenal fans can expect Mikel Arteta to revert back to the 3-2-5 system while building up the play. However, it’s not a must as Arteta showed in the match against Southampton. Although, if Mesut Özil is reintroduced to the line-up one can expect Arteta to play a 3-2-5 formation while building up.