Newcastle United have reportedly agreed to a five-year deal with Reims striker Hugo Ekitike ahead of the summer transfer window.

The Reims player was on the radar of Newcastle United who clearly wanted to secure his services this summer. The club have almost closed in on a five-year deal with the striker and will facilitate his move to the St. James’ Park as quoted by transfer expert, Fabrizio Romano.

Hugo Ekitike has agreed a five year deal with Newcastle. Now it’s about final details to be discussed with Reims before deal completed. ⚪️⚫️ #NUFC

Talented French striker was in BVB list but Newcastle have been pushing for months after January negotiations. pic.twitter.com/s1h1Y04eN1

His gameplay often resembles a lot like PSG’s Kylian Mbappe and Arsenal legend Thierry Henry and is regarded as the next big thing in French football. No wonder the cash-rich Magpies have been pushing for the player since January and will finally have him work under Eddie Howe next season.

Bundesliga giant, Borussia Dortmund were also interested in the striker considering the fact that Erling Haaland will leave the club this summer for Manchester City. Marco Rose’s side wanted to replace the outgoing striker with the likes of Hugo Ekitike but failed to make a swoop for him after the player verbally agreed on a deal with the PL club.

Ekitike made his professional debut in 2020 before a loan spell with Vejle in Denmark. He amassed three goals for the Danish side before returning to Reims and became a regular in the 2021/22 season. Despite the French club underperforming in the league, the striker performed exceedingly well, announcing himself as a prospect to the whole of European football.

The striker managed to score 11 goals and provide four assists in 26 appearances for the Ligue 1 side this season. The Newcastle fans have been given newfound hope following a change in ownership and are optimistic under the management of Howe to turn things around next season.

Securing a transfer for the 19-year-old to St. James’ Park seems like a quality reinforcement in front of the goal. The player has a couple of years before his prime and can get regular minutes in the first team to prove to the Magpies fans why he is currently considered to be one of the hottest properties in the world of football.

The young sensation can also adapt to playing on the left-wing and could form a deadly duo with the likes of Allan Saint-Maximin who has been the main man for the club in recent times. A squad overhaul is expected this summer after the change in ownership, and it appears as though, the inclusion of Ekitike could be the one for the future and a good one. Keeping in mind that the club has failed to score goals in crucial moments on several occasions, Ekitike could integrate well with the squad and could provide them with the goals next season. The player could be a great addition to the squad after the club secured the services of Chris Wood and Callum Wilson in the same position.

But as earlier stated, this is not only about today, this is an incoming that will yield dividends for a prolonged period of time. Hugo Ekitike is regarded as a special player – he is commendable with the ball on his legs and has a virtuous shooting, although by the look of it Hugo needs to work a bit on his passing – something that will come to his game as he matures. Despite standing at 6’2′, he has a good flair and agility to his game with an outstanding knack to find himself at the right place at the right time.

Surprisingly, Ekitike also has a meritorious heart to track back and help with the defensive side of the game – something that is going to get the crowd at St. James Park on their feet applauding. We have seen how Eddie Howe likes his players to press, and if the press is beaten – to track back with the same intensity and this is where Hugo Ekitike fits right in. 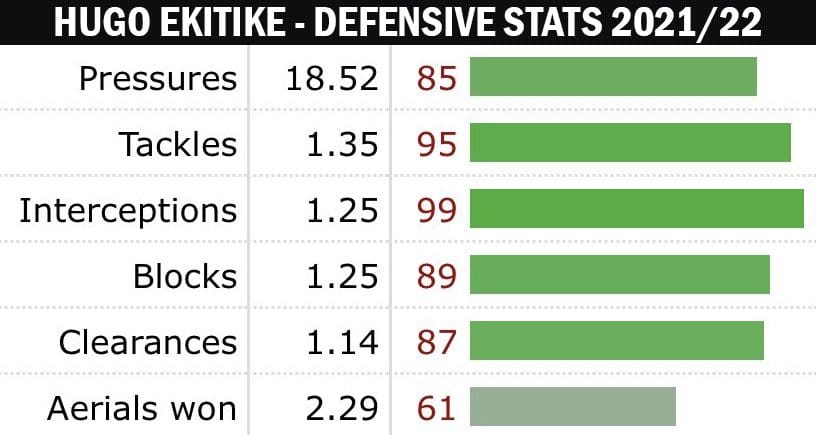 Furthermore, the depth in the squad had been missing the entire season and with their campaign now having concluded, the Magpies are making considerable efforts to bolster their squad in order to compete at a level at par with the other PL giants. 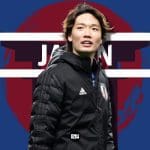 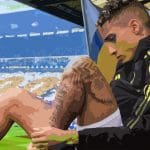