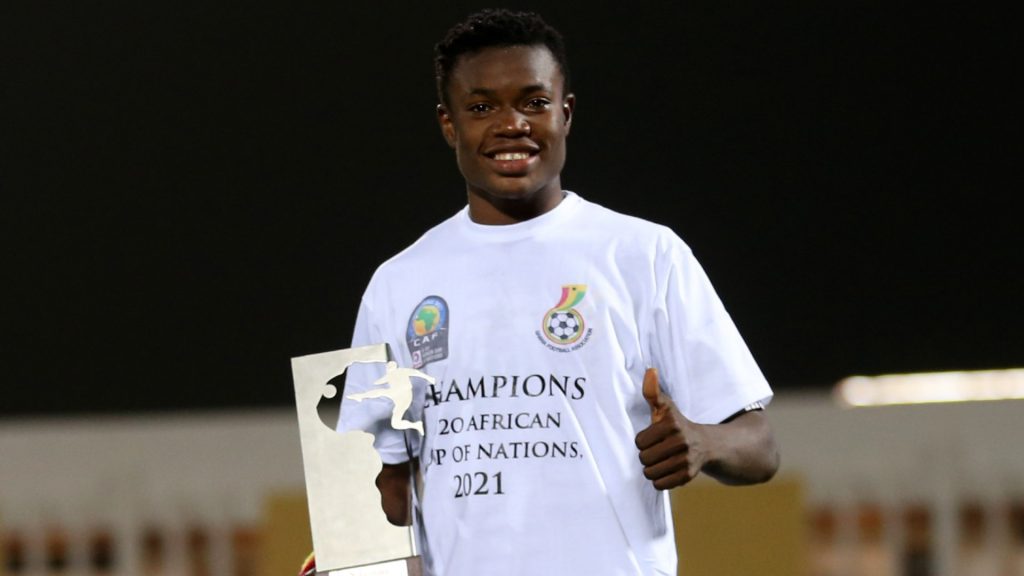 Ghana are on the brink of suffering elimination from the ongoing Africa Cup of Nations in Cameroon until a convincing win over Comoros can be achieved on Tuesday, January 18.

The Black Stars have just one point from two games in the competition, leaving them third on the group standings in Group C. Their position and performance have left Ghanaians with much frustration ahead of their last group game against Comoros.

For the many wrong things that have happened in Cameroon, one thing that has got fans fuming has been the minutes given to sensational youngster, Abdul Fatwu Issahaku in the two games. The 2021 AFCON was expected to be the tournament for the 17-year-old to announce himself on the world stage after being a part of Ghana’s U-20 squad that conquered the continent in March 2021.

Issahaku followed that up with a move to Ghana Premier League side, Dreams FC, where he is the club’s top-scorer in the league with six goals in six games – scoring some ‘hell’ of goals in the Ghanaian top-flight. Issahaku has just five minutes under his belt in the continental showpiece from an available 180, something that was unexpected prior to the start of the tournament.

Knowing the quality midfielder brings into the team, Premier League News Now takes a look at why the player has featured very little in this tournament and what he could bring to the team should he be considered.

In Ghana’s first game against Morocco, head coach Milovan Rajevac opted for Joseph Paintsil and Andre Ayew in the two positions where Issahaku could well be suited to playing. For the majority of the game, Ayew and Paintsil were in the game until Ghana conceded through a Sofiane Boufal goal in the 83rd-minute forcing Rajevac into making three quick substitutions which included the youngster being thrown into the game. His introduction could do little to change the scoreline as Ghana succumbed to defeat.

In the second game against Gabon, there were calls for changes and ultimately it looked like the Serbian was going to introduce some new faces into the team including Issahaku. However, St Pauli midfielder, Daniel Kofi Kyereh was preferred to the Dreams FC man. While Kyereh brought something different to the side, Ghana still struggled to control the game and play to their rhythm allowing the Gabonese to equalise late into the game after taking a first-half lead. Once again, the teenager was introduced after the Black Stars had conceded and he almost set up the winning goal after his last-gasp corner kick was headed by Thomas Partey.

Issahaku may not have played any major tournament with the Black Stars, but the youngster could be the answer to Rajevac’s questions in the attacking third of the opposition. He is a threat from yards out of the penalty box, a skill he has mastered fo quite and long time now, which makes him different from other players.

Ahead of the game against Comoros, they have been calls once again to play the U-20 AFCON winner but the rest of the decision lies on the shoulders of Milovan Rajevac!