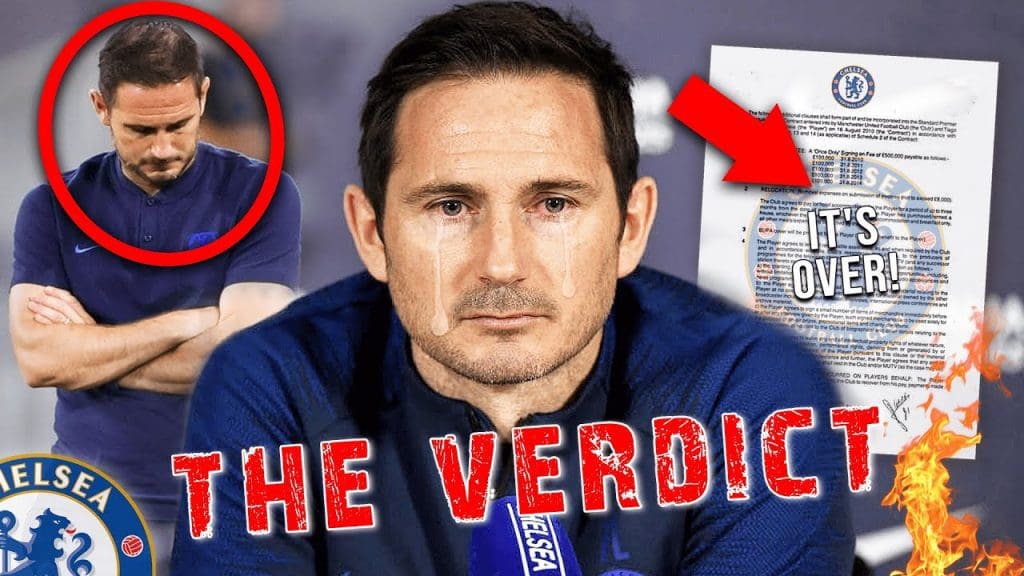 Chelsea was living a fairy tale when their best performing player of all time was given the charge to lead the team and he did manage wonders with his youth team last season. This was all added with surplus spending in the summer and fans were overjoyed. But now things have taken a downslide and the fairy tales look to be over.

Considering the Chelsea hierarchy, things with Frank Lampard must be over by now. But Frank is still in charge of the team and the board has been backing him. Here we list why Chelsea have been sticking with him.

Since the day Frank was appointed, everyone could see the revolution the club is undergoing. For the first time after the Abrahmovic era, Chelsea was planning for the future and they very well did portrait progress in their first season. Frank was never entitled to win the league in his first two or three seasons but was always building a team that can dominate the coming decade. After Eden Hazard leaving and Sarri being sacked, players needed the sense of team spirit and the sense they play for a club like Chelsea. No one could have been better than Lampard in this situation.

Everyone knew that it was never going to be easy for Frank but the great start this season made fans believe that they can achieve the greatest heights too soon. Thus the board wants to give Frank the time that he needs and if he can help turn this season around, he certainly can hold on to the job.

A situation similar to Frank and Chelsea has been observed in rivals Manchester United and Arsenal. Both the clubs did appoint their former players for the managerial job and have certainly backed them. Ole was not able to guide his Manchester United team past the group stage in the Champions League but the board did not sack him but trusted him and now they sit at top of the Premier League. Similarly, Arsenal were seeing their worst under Arteta but now look like one of the most in-form teams in the league.

Chelsea board is hoping for some similar response from Frank and the boys. It definitely does not mean that all will be good for sure but does give some hope to the Chelsea Dressing Room. Frank can definitely thank his rivals for this very thing!

It is of no hiding that all the money spent in January was under the supervision of Frank Lampard. All the player services acquired are termed as ‘Lampard Signings’. Lampard was more influential than the board and thus accountability of all incomings is on Frank. Spending €200 Million was always the thought for the future and thus sacking Lampard would be wrong for the players whom they trusted and also ethically wrong for the board’s business approach. Kai and Timo might not be hitting the ground running but every person with football knowledge knows the potential both of them to carry. So for everyone’s best the board will trust Frank and his plans.

How much trust the board has for their Legend they will always think of alternatives. A good and worthy alternative must have changed the current thought process of the board. However, in the middle of the season, if Roman takes the bold decision and does the inevitable, he would look for alternates that could make the season better from here. According to many outlets, it has been clear that Chelsea are looking for a manager who is fluent in German for helping the young German talent in the team.

Ticking all boxes is current Leipzig boss Nagelsmann but it is clear that it is next to impossible for acquiring his services at this time in the season. Thus the only option board is left with is getting an interim for the rest of the season and in the summer approach their interest. However, the board here could respect their Legend, and instead of replacing him with an interim, give him the time he needs and hope for a better future.

Now Frank Lampard has a short run of easy fixtures where he can change the mindset of players and thus bring the derailing train back on track and give fans and the board what they want. From this point, things for Frank can either get worse or completely opposite to be the best of what anyone could imagine.