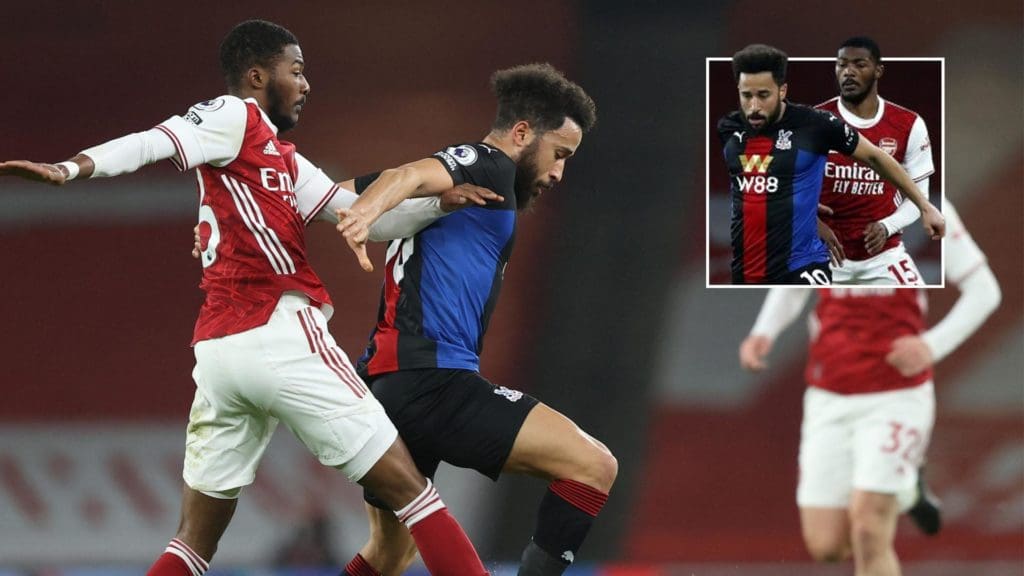 Arsenal went into the match against Crystal Palace with no true left-back in their squad after Kieran Tierney had to pull out of the playing squad after stiff muscle and Mikel Arteta had to bring in Ainsley Maitland-Niles to replace the Scot.

However, as the match progressed it was clear that the young Englishman didn’t have a great day at the job and was replaced in the second half after an early substitution for Nicolas Pepe. Ainsley Maitland-Niles’ departure meant that Bukayo Saka had to fill in as the left-back.

However, while the time Maitland-Niles was on the field, it must have been enough for Arsenal to understand that he wasn’t good enough to play as left-back in Kieran Tierney’s absence.

Whenever Maitland-Niles played as left-back before he had Kieran Tierney as the left-sided centre-back who would convert into a Left-back when Arsenal had possession and allowed Maitland-Niles, a right-footed player, to take up a more central role. However, yesterday, Maitland-Niles had to play in a back four and he had to play as a typical left-back who was supposed to be stretching the pitch, a role he just didn’t look comfortable with.

Ainsley Maitland-Niles is a quality player however to ask him to play a role which he just isn’t made for was always harsh on him and he looked out of sorts. While he was making those runs behind the defense, he was still unable to deliver the same quality of crosses as someone like Kieran Tierney was able to and that just isn’t his fault as he had to cross from his weaker left-foot being a left-back, which isn’t his forte