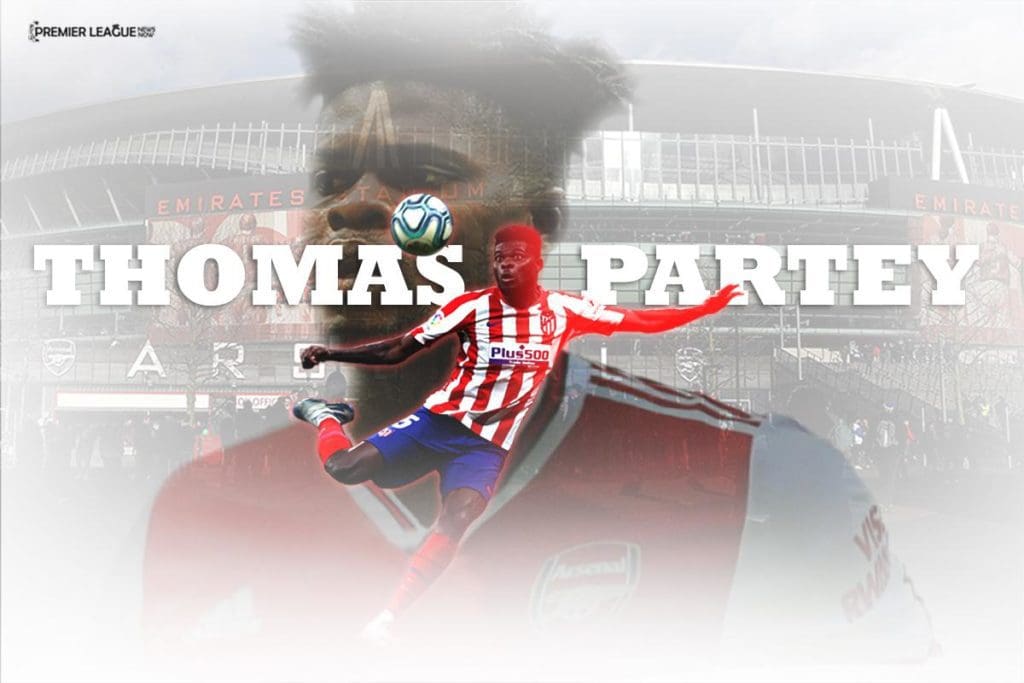 Thomas Partey could be an Arsenal player after Arsenal’s technical director Edu gave the green light to sign the Ghana International. Partey, who has been scouted by Arsenal for a better part of the year will cost the Gunners £45m.

Partey’s father in April had confirmed the reports about his switch to Arsenal saying: “I called my son after hearing the rumors and he told me that the rumors are true. He told me they are holding talks between him and Arsenal. It all depends on the offer Atletico are demanding. If he goes to Arsenal fine, they have a lot of supporters in Ghana. I will be happy if he decides to move to Arsenal. What they are discussing now is how Atletico will release him.”

The 27-year-old has showed what an exciting player he is after impressive displays against the reigning Champions League winners Liverpool. If the north London club were to secure his signature this summer, they could have a seriously talented player in their hands.

In the league, Partey has contributed to 3.3 tackles and interceptions and has scored 2 goals. But Champions League is the place were he has taken his game at the next level completing 5.1 tackles & interceptions, taking 2 shots and dribbling 1.6 times per 90 with 85% pass accuracy. These stats prove that he is an all-rounded midfielder capable of playing anywhere in the center of the pitch and even in the right-back slot.

Having said that here’s ways in which Arsenal can lineup with Partey in their starting XI:

During the course of Mikel Arteta’s first seven months at the club he has favored a 4-2-3-1 system so Eddie Nketiah and Alexandre Lacazette can share the duties of the lone striker. Pierre-Emerick Aubameyang, Bukayo Saka, Nicolas Pépé and Gabriel Martinelli can used on the wings with Torreira and Partey forming a partnership in the two-man midfield. Similarly Arteta can try a 3-4-3 formation allowing more protection and cover due to presence of the central midfielder for Arsenal’s defense.

Partey will sit deep and allow the Uruguayan International to win the ball back as quickly as possible. Another player who could feature alongside Partey is Dani Ceballos, but it remains to be seen if the Gunners can make his deal permanent.

Diego Simeone has played Partey and Saul together in double pivot and so the 27 times capped Ghanaian will not have any problems adjusting to this system.

The former captain turned head coach of Arsenal might look to switch to a 4-3-3 system which was dominantly used by Pep Guardiola during his time as assistant coach of Manchester City. Partey will slot in the base of midfield providing protection for the back four. He can play a similar role to Fernandinho but he will require players who are comfortable playing the ‘Number 8’ positions.

This system works effectively in City because they have Kevin De Bryune, David Silva and Bernando Silva but Arsenal do not have the same personnel with former coach Unai Emery failing to implement the tactic with midfield of Torreira-Xhaka-Guendouzi. For this formation to work Arsenal will have to overhaul their midfield this summer. Maybe having Dani Ceballos alongside Xhaka help Arteta implement the same.

Partey’s versatility will allow Arteta to use him in a different positions but the 27-year-old does his best work in the center of the pitch. His defensive ability will be stabilize the back four but a modern day full-back is required to contribute heavily in the attack. But the way Arteta uses his wing-backs, Partey will be able to provide to fill in well when they are up-ahead.