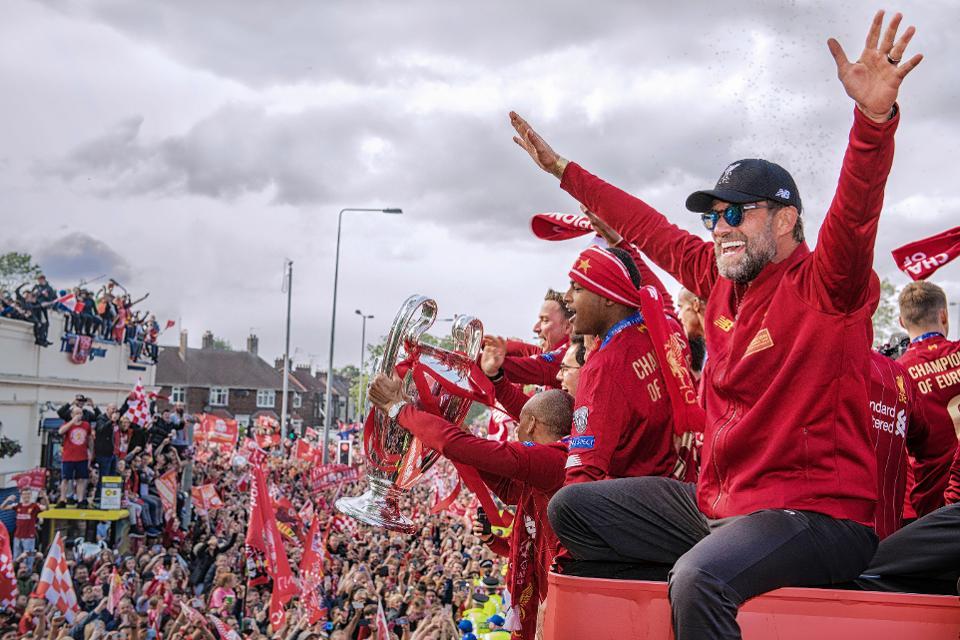 Football fans around the world are waiting for their local teams to return to the turf. There are, in turn, more than enough people in all countries that are also keeping an eager eye on England, the home of the Premier League – by far the most followed national league of them all.

As the first big wave of the coronavirus pandemic passes, Britain is slowly reopening. Football will return, too, on June 17, a date all fans, as well as the old and new betting sites UK are marking with red.

Liverpool – and its fans – are probably the most eager for football to return. When the season was suspended, The Reds were just two victories away from their first League title in three decades. Now, when football’s coming out of isolation, let’s see when they can achieve that.

Liverpool’s lead is huge compared to Manchester City, currently second in the Premier League standings. If the Reds win two matches, their rivals will be unable to catch up with them by the end of the season. This is one of the likely scenarios of how the team can finally top the league.

There is, in turn, another possibility. The first match in the freshly reopened league will be the one between Manchester City and Arsenal. Should the Gunners beat the Citizens, Liverpool will only need one victory to bag the title. This means if the Reds defeat Everton, they’ll also win the season for the first time since 1990.

How the table looks ahead of the weekend… pic.twitter.com/Npke6wZ3c4

Liverpool is currently standing at 82 points, a full 25 points ahead of Manchester City. To win the Premier League’s 2019-2020 season, the Reds need six points – two wins. This, of course, if Manchester City doesn’t drop points in the process.

If the Citizens reach a draw with the Gunners, Liverpool will only need four more points to win the year. If the Citizens lose the match, in turn, the number of points the Reds will need to win decreases to just three – as in one match won.

If all goes well, Liverpool could break Manchester City’s record of finishing 19 points ahead of Manchester United in the 2017-2018 season.

The first chance to win

Depending on the result of the Manchester City – Arsenal match on the 17th, the Reds could win sooner or later.

If the Gunners defeat the Citizens, Liverpool will only have to defeat Everton on the 20th to win the title. If City beats Arsenal, and Liverpool beats Everton, the Reds will need to win their next match against Crystal Palace to seal the title. But even if this doesn’t happen, the Reds will still have seven further matches where they can finally take the trophy home to Anfield.

Saints forward Djenepo hails Sadio Mane as a ‘big inspiration’
Premier League allows five substitutes for the rest of the season, fans not happy about it
To Top