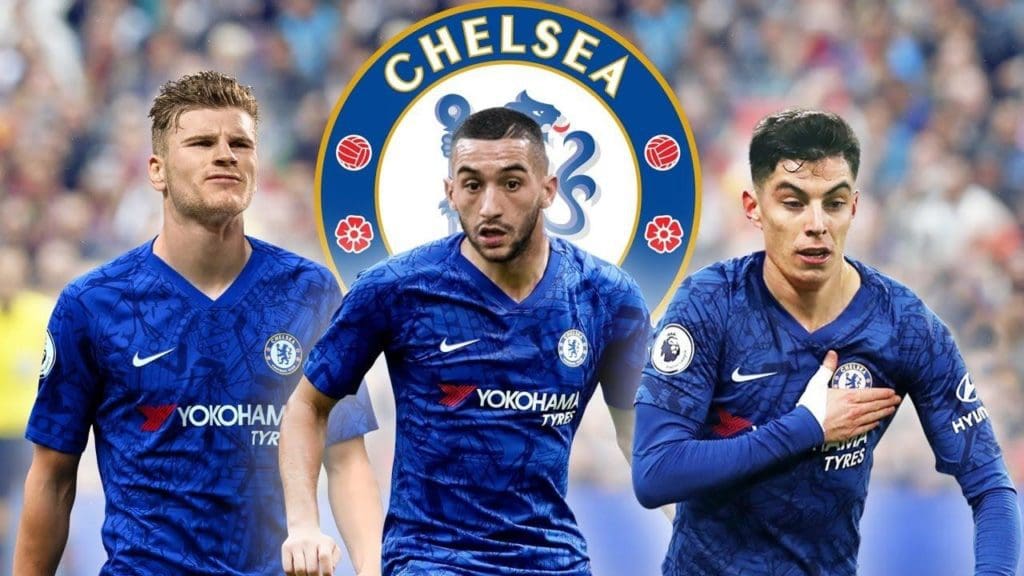 The 2020 summer transfer window was expected to be a quiet one due to the pandemic and financial crisis post lockdown. However, the scenario for Chelsea is completely different as they are having such window almost after two decades. They have already secured 7 signings in form of Hakim Ziyech, Timo Werner, Thiago Silva, Malang Sarr, Ben Chilwell, Kai Havertz and Edouard Mendy. Also they have let go of many players in form of loans where the most notables include Ampadu, Batshuayi and Ross Barkley.

But the window is not closed yet and so are not the move speculations around Chelsea. So before the window closes on the 6th of October, and 16th October being the last date for domestic transfers, here we give you a wrap up of what to expect from Chelsea in the last phase of the transfer window.

Frank Lampard has already got the players he wanted and there must not be much he would look to get unless the club could finance the move for Declan Rice. The move would be what Chelsea would love to get and could be the final layer on the cake they want.

However, the negotiations are not going to be easy for him with West Ham as they would do everything they need to keep their 21-year-old who they consider as one of the most important players and the €80M price they have set would be difficult to match for Chelsea.

But if not this window, he will surely be their first target in the coming transfer windows.

Starting from the back, there have been rumours of Kepa moving out on loan after the arrival of Mendy but there have been no concrete links as Chelsea expect him to compete with Mendy which could bring out the best from the both.

They currently have 5 center backs out of which Kurt Zouma and Andreas Christensen are expected to stay along with the newly arrived Thiago Silva. The toss-up is now between Antonio Rudiger and Fikayo Tomori. Not having Rudiger in the squad recently confirms the possible links to PSG, Spurs and Barcelona. Tottenham look the favorite to secure the move as Mourinho is considering Rudiger as a serious option and Chelsea would not bother to cash in on him for around €30-35M. However, something surprising could be loan move for Tomori who has been linked to number of clubs but more significantly Everton. However, Frank would love to keep him and develop under a leader like Thiago Silva.

The left back is the position from where one player is surely going to leave. With the arrival of Chilwell, either Emerson or Alonso will leave this summer. Earlier it was assumed that Emerson would be the one leaving but after a rumoured bust-up of Frank with Alonso, he might be the one to leave. Inter look strong favorites, who are reportedly interested in both the full backs but are prioritizing a loan move for Alonso. But Chelsea are negotiating for a permanent move as they want to cash on him in this window itself.

Midfield is the place Chelsea are most stacked but now with the departure of Barkley, only a single player would be moving out unless Chelsea get Declan Rice. As Frank has already cleared his intentions on Loftus Cheek, that he needs a loan move to get minutes, a deal could go through anytime. This move could be to any PL club as he has the potential to start for any team. But some interesting news in the midfield is an interest for Jorginho by the London rivals, Arsenal. They are looking to secure a move for the Italian and Chelsea could get this deal go through if they get Declan. Interest are also from PSG but it will surely depend on the Rice situation.

Bayern are back, trying to get Callum Hudson-Odoi, after numerous failed attempts the previous year. But this time a loan move is what they seek and CHO not being the preferred starter under Frank, could take a move out. This however, will make Chelsea look bleak at the wing position as they would then not have a complete backup winger to Pulisic and Ziyech. Thus the negotiations will be interesting to watch with time.