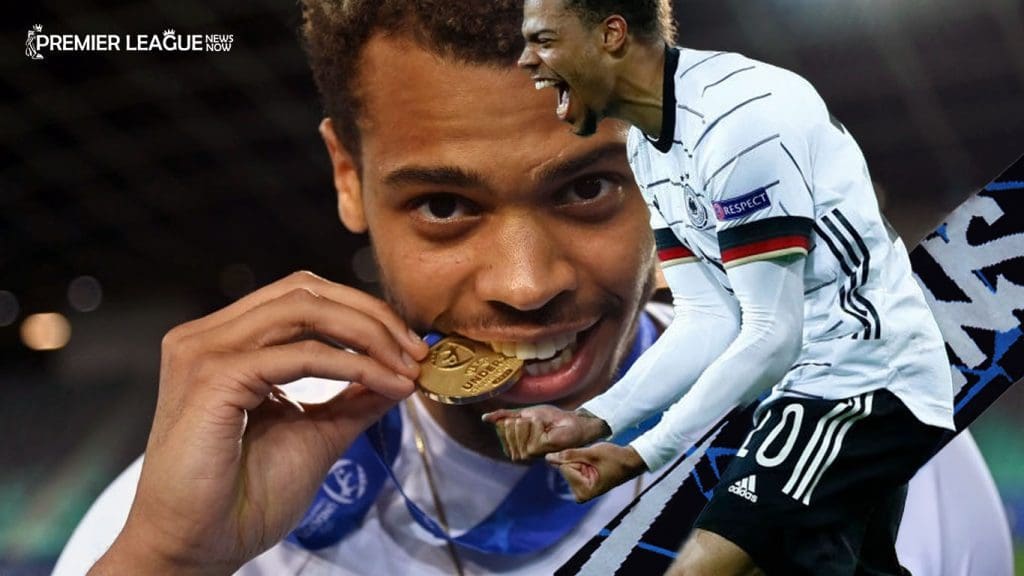 Manchester City youngster will head into next season as Euro U-21 champion. Lukas Nmecha, after disappointing loan spells at Middlesbrough and Wolfsburg finally found his feet at Anderlecht scoring 21 goals for the Belgian club. Let us look at what the future brings for the German striker in this transfer window.

City are on the lookout for a striker to replace already departed Sergio Aguero. Gabriel Jesus as their only recognized striking option, fans want club hierarchy to give Nmecha a chance to prove himself at Etihad; but rumors circulating about Pep’s desire to continue with Ferran Torres as CF and transfer links with the likes of Harry Kane, Erling Haaland and Andre Silva nearly confirm that young German has no future at Manchester based club.

Nmecha will look to play football at a higher level with pressures to deal with to make sure he develops as much mentally. Sporting CP and Manchester City have many businesses running with each other recently. With Pedro Porro on verge of making his permanent switch at Sporting and Man City seemingly interested in Nuno Mendes, both clubs are moving to a friendly market relationship. Sporting wishes to loan him for a season while City wishes to offer him as a makeweight in Nuno Mendes deal. People could potentially witness Lukas Nmecha tearing up defenses in Liga Nos.

With his brilliant outing for the youth side, Bundesliga clubs will have their eyes locked upon him. Earlier this season, Nmecha’s father also confirmed that few clubs in Germany are interested to sign him permanently. Manchester City could benefit from his sale and Txiki could also add buy-back or sell-on clauses in the deal. A transfer to the Bundesliga outfit could prove to be a win-win situation for all parties involved.

Hamburg-born striker dreams of plying his trade in England. This season he has shown all his critics that he is ready to perform at a bigger stage. Already some reports suggesting that clubs like Leicester City and Brighton looking for an out-and-out striker link him to Premier League. He could follow Jack Harrison’s path and kick off his PL career or a permanent switch to the mid-table side will give him more minutes and exposure to a higher level of football he wishes to play.

Nmecha has whole summer to make the decision, irrespective of his decision future looks bright for young German.