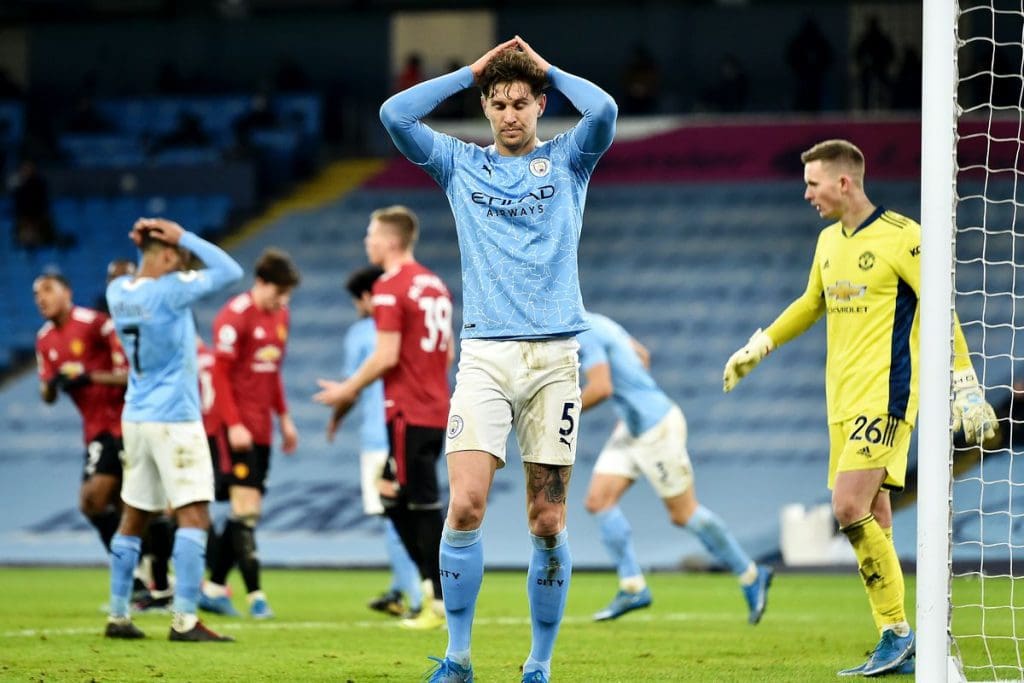 Pep Guardiola’s impressive Manchester City lost to Ole Gunnar Solskjær’s “Tricky Red” in the Manchester Derby. Guardiola and his men have been in fine form in recent weeks and were the favorites to win the match. However, Solskjær’s perfectly managed counter-attacking tactic meant that the league leaders were beaten at their homes by the Red devils.

Here we look at three reasons why Manchester City lost the derby that many expected them to dominate:

Change in tactics: Pep Guardiola has won many plaudits over his tactical side of management throughout his decorated career whether that is at Barcelona, Bayern Munich, or Manchester City. This season he has once again shown his improvisation after his star striker Sergio Aguero was out injured and to deal with his absence he came up with a system that was efficient even without a designated No. 9 playing for the team. However, against Manchester United, he went with a designated striker in Gabriel Jesus and it’s safe to say that the move didn’t work out.

Poor lineup: When Pep Guardiola lined up his Manchester City side many were left wondering over some of the selection. The inclusion of Gabriel Jesus and the exclusion of Phil Foden and Bernardo Silva raised many eyebrows and in the end, it proved to be a poor call by the former Barcelona manager as both the Portuguese and Englishman have been in fine form lately and they were dearly missed by the City side.

Rob Holding and girlfriend Paige Almendariz give themselves a ‘second chance’
Could Marcos Llorente be Thomas Tuchel’s first signing at Chelsea?
To Top